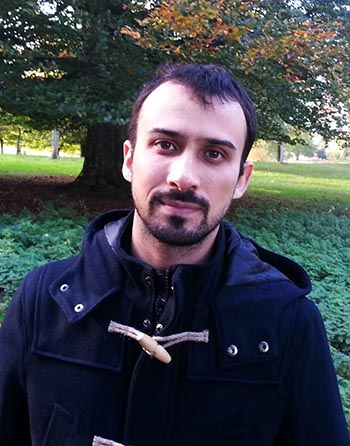 My name is Rafael Marques de Albuquerque. I am originally from Florianopolis (Brazil) and I am currently living in Nottingham (UK) for my PhD studies. I joined the TS Adyar in 2012 in Brazil.

I am currently an active member of Nottingham Lodge, as the librarian and a lecturer.

I was engaged in an intense search for meaning when a tarot reader and clairvoyant mentioned Theosophy to me. My curiosity led me to the book The Ancient Wisdom by Annie Besant, which convinced me that I had found an approach to spirituality which resonated with me. I joined the TS Adyar study group in Florianopolis soon after that.

My understanding of who I am and what are my goals in this lifetime were developed on the light of the Theosophical literature. I am a very objective oriented person. Hence the knowledge regarding what I have to do here is essential to set me in action. Moreover, I believe the Theosophical literature with its practices and philosophical approaches has helped me to become a better human being in various ways.

It is hard to identify one. In the list of my favourites I would include Self Culture in the Light of the Ancient Wisdom by I. K. Taimni. I really like the translation that Taimni made of a set of esoteric teachings into practical implications within a clear structure. His rich use of metaphors, deep understandings of eastern philosophies, and understanding of self culture as something fairly methodical also add to the value of this book.

6. What in your opinion is the biggest challenge the TS Adyar is facing at the moment?

I believe that today the TS Adyar is only appealing to people with a few particular profiles, and it would be positive for the organization to widen the kinds of audience it reaches. There are profiles which potentially could be very interested in the Theosophical approach to spirituality but nonetheless sometimes struggle to relate to the TS as it is now. Young adults, people who have never heard of Theosophy, and people with a casual or punctual interest in the Theosophical literature are three profiles that I believe could be further addressed. The Theosophical knowledge should be accessible to every interested person, and not only the ones who do not mind reading difficult books. In my opinion, in order to accomplish this, a strategic usage of media is a key factor. Videos, films, infographics and novels could fill the gap between a novice and a dedicated Theosophist, facilitating the learning processes of people who do not want or cannot dive into our complex literature. I am not aware of a Theosophical novel which I would recommend to a novice, for example, that would instruct and entertain the reader at the same time. Lectures which were recorded and uploaded are plenty - and many are very good - but I also struggle to find some that I would recommend to a novice, for a number of reasons. I believe these kinds of initiatives would make the TS more inclusive.

I wish the Theosophical approach were more widely known as an alternative spiritual path. I am afraid that many more people would be interested in Theosophy, if they had heard about it. Becoming infamous, however, would be harmful to the Movement. Hence the need to keep an eye open for internal issues of the movement such as dogmatism, intolerance towards different points of view, rivalry, and pride. Sometimes they are more present, sometimes less, these issues are recurrent in our history - as well as in other spiritual movements - and need to be addressed in order to make the Theosophical Movement increasingly refreshed, inclusive, evolving, friendly, and coherent.