The so-called moderator of the blog/website TheosTalk, once a wonderful source of information, now has gone fully over the top. Impartial participants on this site are no longer welcome as it seems, and the person who calls himself MKR, is primarily occupied with slandering and insulting the current administration in Adyar. 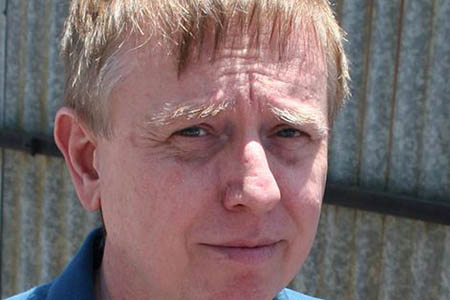 Once upon a time, the website TheosTalk (TT, a service provided to the Theosophical community by Theosophy Network Inc., a tax exempt 501(c) 3 nonprofit corporation), founded in 2000 by Eldon Tucker, was an inspiring meeting place, a sort of global square where Theosophists and others would meet, respectfully exchanging a large range of views and ideas directly or indirectly related to Theosophy. In those early pioneering years, with the internet rapidly developing, TT fulfilled a unique spearhead function. Interesting vivid dialogues and debates would occur and frequently subscribers would hook up with the site, contributing and enthusiastically participating in all that went on there. Although never a participant myself on any social networking site, as that’s not my thing, it was fun and really fascinating to go there and read what others had to share.

Much has changed over the past 14 years. The speedy growth of the Internet is hard to keep up with. Facebook, Twitter, and Linkedin are household names nowadays; personal blogs, electronic magazines, and book publications make it possible for all of us to be updated and well-informed. But with all those positive changes, downsides also appeared.

Ever since 2008- 2009, which were rather difficult years for the TS-Adyar, TT has taken a stance that would be described at best as dubious and tendentious. The most recent postings on this site are of such a low caliber and contain so many plain lies and false assumptions, that a signal needs to be given, ultimately leading to the conclusion at the end of this short article.

After having seriously looked at the TT phenomenon, I concluded that the sole mission of its moderator, Manjeri K. Ramadoss, who is, according to Google, a tax consultant (CPA) from San Antonio, Texas, originally from India, is not to promote Theosophy or to initiate positive discussions, but deliberately and consistently to damage, discredit, and undermine the good name and fame of anything or anybody related to The Theosophical Society in America (Adyar), by constantly ventilating biased opinions, cynical suppositions, and allegations. He is fanatically occupied with disgracing certain individuals and their policies, and by doing so he is blackening the integrity and character of the current leadership in the USA and the Society’s reputation internationally.

There’s no end to it — it just goes on and on and on. Ramadoss’s actions demonstrate an alarming paranoid obsession, which makes me seriously doubt whether he still is in control of his faculties. I wonder how the small and respected Hindu community in San Antonio, Texas, in which Ramadoss seems to play some role, among other activities, by offering his services as a tax consultant, would react if they were aware of his debatable escapades.

If Ramadoss lived not in the USA but in his native India or in Europe, it would be relatively easy to indict him, because no freedom of expression can be absolute or completely unrestricted. Libel, slander, or defamation is the legal offence of bringing a person into undeserved disrepute by making false statements (written or spoken) about the person. In the USA, the possibility for indictment also exists, but there it is somewhat more complex. It is doubtful whether the administrations in Wheaton or Adyar will seriously take this option in consideration. They will do better not to react or get involved in any way with this messy bloke. Appalled members of the TSA, but also members elsewhere in the world, have suggested that perhaps Ramadoss should be stripped of his membership. Although this is a rational thought, I’m afraid that this would only accelerate his never-ending avalanche of assertions and surely he would invent even more conspiracy theories.

The offensive and agonizing exposés of TT’s moderator have set a bad and sad example and have no correlation whatsoever with the basic principles of Theosophy. After TT’s organizational liaison with a controversial site called Theos.net the situation seems to have worsened. TT, which had its initial success and impact in the early years after its founding, still could have a beneficial function. But it will die a natural death soon if things do not change and if more active subscribers turn away from it. Its current moderator regularly delivers shameful monologues, such as his patronizing so-called report on the ITC conference in Naarden, the Netherlands. That screed was an all-time low, showing that this immoderate moderator is incapable of setting out in another direction. TT is a seriously ill patient and has ended up in the intensive care; what’s next?

Everything in the world of manifestations has a beginning and an end. Ramadoss’s activities as moderator certainly aren’t eternal. I believe that other and preferably younger persons (Ramadoss being well into his sixties) should be approached and considered for the moderation of the site, or else it should be closed down.

Conclusion: Everyone in the free world can speak freely and ventilate their opinions and ideas. The First Amendment of the United States Constitution protects virtually all speech, no matter how unorthodox, offensive, hateful, or distasteful it may be. However, the world is bigger than the USA. In other parts of the world — in Europe, India, South America or Australia, for example — freedom of speech and expression “at all costs” is treated a little differently. In those countries, certain rules of courtesy and ethics need to be observed; those countries require at least proper demeanor. Although we may conclude that the insolence of Ramadoss should not be taken seriously, it is a fact that his postings on TT are disgustingly over the top and deceptive, a description that I think is actually a euphemism.

I do not have or represent any authority, but write motivated solely out of concern. I really don’t care at all about whatever Ramadoss tries to convey, and I am not in a position to stop him. I don’t want to halt his activities or what goes on at his site. All I know is that the great Law always works; therefore silencing him won’t do the job. 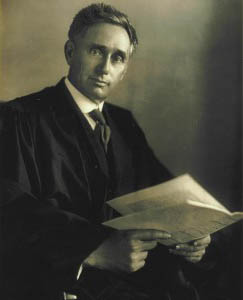 I support the notion that the best way to deal with hateful or offensive postings or speech is not to attempt to stop them. A well-known American Justice, Louis Brandeis, wrote: “If there be time to expose through discussion the falsehood and fallacies, to avert the evil by the processes of education, the remedy to be applied is more speech, not enforced silence” (Whitney v. California, 274 U.S. 357, 377, 1927).

Although in a way paradoxical, this position makes sense. The more Ramadoss exposes himself, the more it will become evident that he’s hopelessly out of touch and terribly lost. I feel truly sorry for those who continue posting there, still thinking that this man has legitimate points to make and delivers meaningful contributions.

A clarification from the author:

Readers are kindly requested to observe that this article is not part of an “ultra-secret”* action to remove TT’s moderator, nor is it a conspiracy orchestrated by those who are responsible for “the policy of silence”, this isn’t an effort to embarrass those who were erroneously referred to as “ballast”, this wasn’t written to support an apparent “part-time, itinerant little known person installed as president who holds two offices and therefore created a clear conflict of interest”(?), it was certainly not meant to further blame or persecute the “brave soul” who single-handedly saved the TS Adyar some years ago from an “ill-fated disenfranchise attempt”, and yes, the author has read and is aware of “The warnings given in KH’s 1900 Letter to Annie Besant.”

*All words or expressions in between quotation marks/italics are taken from the dreary “mkr glossary.”