Editorial – The Rambling Moderators Rave On. 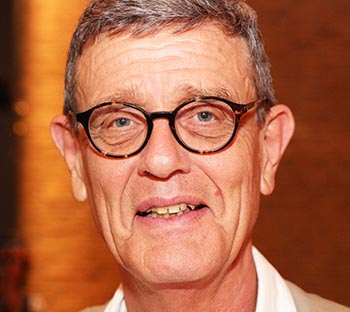 This editorial was previously published on Theosophy Forward's Facebook page.

[“I think that people who make judgments about other people they don’t even know are shallow, and people who start rumors are shallow, and I really don’t care what shallow people say about me” (Nina LaCour, Hold Still [New York: Dutton Books, Penguin Group, 2009])

What can we actually learn from those who constantly seek conflict and distortion in our Theosophical environment, consequently downgrading any concept of decency we know of, thus selling lies and rumors for truth? Is there indeed anything to be gained from the boring, one-sided, biased and abominable exposes we are regularly confronted with, when we often innocently try to hook up with what are called independent Theosophical discussion sites?

It is often said that one shouldn’t pay attention to those tabloid-type of sites and their moderators, because such attention would only boost their output or popularize their postings, and that is probably true. But what if, just for the sake of it, we investigate the subject a little further, and try to look behind the veils so carefully hung up by certain moderators. What can we discover?

First, one sees frustration, discontent, and nonfulfillment to the highest extent on the part of those moderators. Second, we know that dissatisfaction and anger combined lead to opinionated attitudes whereby the intended dialogue, which is what discussion sites are for, ends up in low-caliber, never-ending, and dreary monologues.

Next, some moderators completely lack self-knowledge and introspection, instead exercising narcissism to such an extent that one wonders how, in heaven’s name, those individuals can call themselves Theosophists. In an earlier write-up I referred to them as lone wolves who over the past years, in spite of their countless attempts to prove the contrary, provided no evidence for plans to move the headquarters from Adyar to another location, for premeditated silence among officers and office-bearers of the TS Adyar, for “behind closed doors” agreements among a few, and for no “ill-fated secret attempt to disenfranchise members.”

Arguably the greatest damage took place in the period 2008-2009, when unsuspecting members worldwide were informed that “some officers” high in the TS-Adyar hierarchy were drawing up plans to seize full control of the Society by taking away the members’ right to vote. Yes, a real coup d’état. This is neither the time nor place to go deeply into that very unfortunate saga; your editor will only say that a confidential document, meant for a select group, plainly containing a preliminary proposal (i.e., in the dictionary: a plan or suggestion, especially a formal or written one, put forward for consideration or discussion by others) was unlawfully intercepted by a third party, and leaked to a certain internet site specifically to suit the leaker’s own agenda and not to fundamentally and sincerely contribute to the welfare of the TS. Nowadays in many European countries with strict privacy laws, especially concerning e-mail traffic, such an interception is considered to be a criminal offence. The unfortunate proposal however never came to general attention, not because of any impact the revelation would have had on the Internet, as we were led to believe, but because the leadership of the TS-Adyar simply decided not put it on any agenda.

Another apparently “popular” topic some moderators constantly refer to is the lack of transparency in the TS-Adyar, while they are anything but transparent themselves about their identity, background, whereabouts, and the policy they apply to their respective sites. Pure nihilism is their credo; they’ll write about anything, as long as it follows the descending spiral.

What is the lesson to be learned? We need to acquire skills to deal with the phenomenon of the Internet and social-networking sites. Before participating in a discussion or posting any message or article, one should check who is actually behind the Internet site one is using, what the objectives of that particular site are, and whether those objectives match with what is actually being published or stated. The usefulness and possible effect of a posting need to be taken into account. The Internet is a formidable channel: it can initiate revolutions, as we recently saw in the Middle East, and it can even bring governments down. Without being a dreamer or too idealistic, with the intention to “connect,” and thinking about the interest of our organization one should, before posting or reading anything on a site, ask these three simple questions: (1) Is it true? (2) Is it necessary? (3) Is it kind?

Up until today, and much to my sadness, I notice that some people, possibly unintentionally, publish their articles or opinions on sites that are biased or, and this is worse, pass on non-verified information that they picked up from “the grapevine,” thus causing great harm and adding to an unnecessary confusion.

The title of this editorial reads: “The Rambling Moderators Rave On.” So what do they actually rave on about? Some examples:

One of them states that the former International President of the TS-Adyar was in good shape when she was seen in public during an International Convention; soon afterwards we are told that she seemed to be senile and in bad shape at that same event. Concerning one of the highest officers in the TS-Adyar, we can read one day that this man is an experienced technocrat, who gained his credentials while working for the Indian government; not less than a week later he is completely written off, being accused of not handling certain affairs during the elections in a correct manner. So much for consistency.

Another notorious critic of the current Adyar administration went even so far that he revived an old issue that arose in the years 2008- 2009, very bigheadedly and deliberately ignoring that the case he was referring to involved a personal and sad drama.

So, can they be stopped? Is there anything we can do? Unfortunately I think that the answer is no. It seems that organizations like the TS not only attract the Light, but also darkness, so individuals as described do appear in our circles. Although we will probably never get used to them, we will have to learn to deal with them. They might have a practical function, by keeping us alert and decisive; in sports terms, they force us “to keep our eyes on the ball.”

Petty insinuations regarding the financial support the American section receives through the Kern foundation, but also comments about the integrity, functionality and even the character of the newly elected international president of the TS-Adyar regularly appear on the Internet sites we are discussing. Symbolic question marks are placed on his presidency, and crummy remarks are made about his tasks and an alleged conflict of interest.

One such remark, recently fabricated, implies that the new international president of the TS-Adyar, Tim Boyd, while hiding behind “a coordinated policy of silence,” as an itinerant, little-known person, refuses to answer questions members would like to ask, thus serving the commands of an emerging Adyar elite. Well here you are: a nasty accusation, a plain lie, but how does one defuse it? Unfortunately, once a gossip or lie is out there, it is virtually impossible to prove that it is untrue.

Recently, during a visit to The Netherlands for the ITC conference in Naarden, I was confronted with such a gossip-story myself. In between the morning talks, while taking a short walk on the Centre’s estate I bumped into an acquaintance who, with a serious look on his face, mentioned to me that he had heard that my wife and I had divorced. So, there you are: my wife and I are no longer together supposedly, whereas nothing is further from the truth. Someone must have passed on incorrect information to someone else, and before long the story was living its own life, and people were misled. Is there anyway to repair or correct such a false rumor? After some investigation, I discovered that this rumor had gone around for quite some time in certain circles and that some people are now fully convinced that Terezinha and I are no longer a couple. How do I prove that I am still and very happily married? Must I show my wedding ring on Facebook or publicly state that the rumor is false? We all know that some people hang on to what they like to believe is correct, even if it is a straightforward lie.

In conclusion: perhaps it is best just to accept that biased nonsense stories will continue to see the light and that we must learn to deal with them, by separating sense from nonsense. Elsewhere in this issue of Theosophy Forward a contributor talks about two main senses: common sense and a sense of humor. So what is needed is to apply common sense and a sense of humor when we are confronted with yet another nonsense posting. One thing is certain: a new dawn is breaking and a new and dynamic leadership is developing. We see smiling faces again; there is a wave of optimism and belief in a solid Theosophical future. With the passing of the former international president, Radha Burnier, an era ended and as a consequence new ways of leading and guiding the largest organization of Theosophists will emerge. With all respect, the days of the “grand” leaders are definitely gone; that style of leadership just doesn’t fit any longer in the twenty-first century. Now the work will concentrate around a team of energetic leaders and workers, and all of us can be a part of that team, so, as in an earlier editorial, let me ask this question again: “What have you done today?”

When it is about the international president of the TS-Adyar, Tim Boyd, I can speak from my own experience. I was present during his visit to Holland, where he spoke openly, frankly, and inspiringly to about a hundred Dutch and Belgian members during what is called a Dutch day. He also answered many questions, and not just easy ones! All were delighted and grateful to have met Tim in person. Two weeks previously, in France, he had done the same with French members.

Agreed, Tim doesn’t communicate with any of those rambling moderators, why should he?

So it should most definitely remain in my honest opinion.