Looking back, it is obvious that many things could have been done differently and better, but talk about an orchestrated black-out in order to cover things up whereby General Council members en masse decided to keep their lips sealed, serving the dark goals of an invented Adyar-elite is just not something I would go by. The truth is that the General Council as an organ — due to the way affairs over the past decades were conducted — wasn’t able to function as an assertive and actively involved agency within the Theosophical Society, Adyar. Often it could function only as a rubber-stamp club. So if its members were silent, it was probably because they had been silent for years and had nothing to say. Now with a new international president this is going to change, and through modern means of communication this council could meet more than once per year and upgrade its role, input, and competence. Additional and more transparent safeguards need to be considered, following and controlling future election procedures. We need to remember though that thorough changes need time to materialize. Sudden and hasty changes wear out easily and very quickly. Time is needed for change, allowing for proper development. 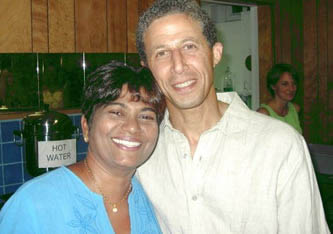 Another complaint has been that not enough information regarding the two candidates was made available. Well, I know that some might crucify me for this, but actually I cannot recall any Theosophical Society, Adyar presidential election in which candidates were so active, in just a matter of a few weeks, in openly profiling themselves. Maithreya appeared very quickly with his own and detailed websites, while Tim Boyd, on the website of the Theosophical Society in America left sufficient info for folks to ponder on. Readers of Theosophy Forward, while searching in its archives, would also have been able to trace a number of articles written by both Tim and Maithreya, while their wives, Lily and Sunita, are also on record there with write ups! But in all honesty, there was even much more. There were bios, the officially distributed profiles and notices on the internet. The idea put forward that both candidates were virtually unknown is a fabrication. 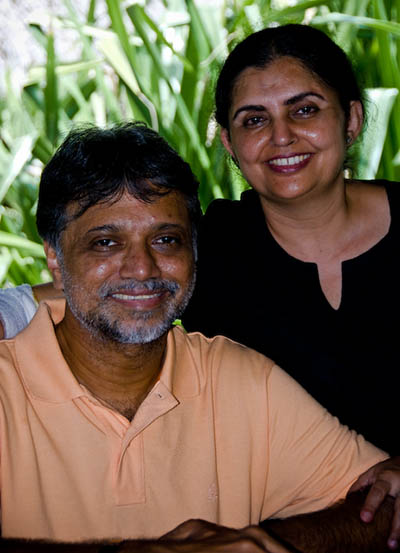 Both Tim and Maithreya worked for many years for the TOS; they did and are still doing remarkable work in that respect. Maithreya travelled extensively inside India, published articles in the Indian Theosophist but also travelled to other parts of the world and lectured at Olcott in Wheaton for example. Tim went to the World Congress in Rome in 2010 and gave a memorable talk there, traveled all over the USA, visited the Caribbean, countries in Central and South America, lectured in Singapore, India and New Zealand and authored many articles, working his entire life for Theosophy.

It would have been an utter impossibility to present in less than a few weeks a complete program as on how to find new and innovating ways of setting out on a new direction. There is no comparison with Barack Obama’s rose garden at the White House, where world leaders appear before cameras to share with the world what, according to them, will happen. How often were those leaders proven to be wrong? Ask yourself this simple but relevant question: “Did we see of any plans of actions over the past 34 years?” Whether we like it or not, there is no remote-controlled, instant solution for all that needs to be straightened out inside the Theosophical Society, Adyar.

It is a fact that one can hardly silence barking dogs. By giving dogs attention they will bark even louder.

It has to be said that over the last few months there were two “barking” website moderators who, through their respective channels, screamed the loudest that there was no transparency at all but “programmed silence.” Yet, they specifically and persistently demonstrate a complete lack of willingness to be transparent themselves. They either do not wish to reveal any personal information about who they really are, or silently and without explanations remove contributors from their site who are not in agreement with them. It seems to me that they, while accusing others of conspiracies are conspirers themselves. They are frustrated, angry, negative and above all lost, desperately trying to fuel any sort of conflict, thus projecting their very own bitterness and failures. If there are no conflicts, conflicts are simply being created; one must have something to write about.

Would it be possible to silence them, to shut them up, to put it bluntly?

No, I don’t think so. They want to be judge, jury and executioner; not very Theosophical, is it? Due to their own incapacity to do anything else, for years now, they had no other choice but to remain biased and cynical observers, throwing mud from the sidelines, badly demanding attention. I foresee that they probably will start screaming even louder, launch another series of accusations and under the belt criticisms, or, as one of them recently did, revive a sad and painful clash a former Adyar employee had years ago with certain staff members on the Adyar compound and the previous international president. Although I think that having these relevant letters republished is outright morbid, considering the personal drama behind them, I’d say, let them and ignore them; those two “grapevine” moderators definitely belong to the past. They are accustomed to hijack other people’s problems to suit their own toxic agendas. Steadily, with all they allegedly represent, primarily talking to themselves, they will disappear into a murky past and their ugly inharmonious hullaballoo will eventually fade away. That page will be turned.

Agreed, I am quite passionate about this subject, so bear with me when I state that nothing is perfect. Tim Boyd was chosen to be the eighth international president of the TS-Adyar by a substantial majority and that is a fact, even if one would not count the votes from a region where doubts were casted on the election procedures that were followed there.

C. V. K. Maithreya in an interview with Erica Georgiades in connection with the election and referring to those who voted for him stated the following:

“I think the terms ‘winner’ and ‘loser’ are both inappropriate and used by people who lack both awareness and discretion. Now it is not a question of supporters; rather it is a question of brother and sister Theosophists who need to work together for the Cause of Theosophy and its great vehicle [although not the only vehicle] The Theosophical Society. All personalities should sink into the Cause as advised and instructed by the Great Ones.”

Yes, all could have been done better and more transparently, as I wrote above, nothing is perfect, but for transparency one needs to open windows first, allowing the fresh air to come in and we are in the process of opening those now. Let’s see to it that in seven years’ time, when the next presidential elections take place we come close to perfection!

Tim Boyd is a “man at work,” I know him as a deep student, honest, straight forward and strong. I believe that he deserves all our support, so let no dark cloud come into the way.

For the full interview with C. V. K. Maithreya follow this link:

We have 539 guests and no members online