[This report was received from the General Secretary of the Spanish Section Ms. Angels Torres Buron.]

The annual Summer School of the Spanish Section of the Theosophical Society was held from 21 until 26 August. This was the first face-to-face (in person) meeting after two years of pandemic. 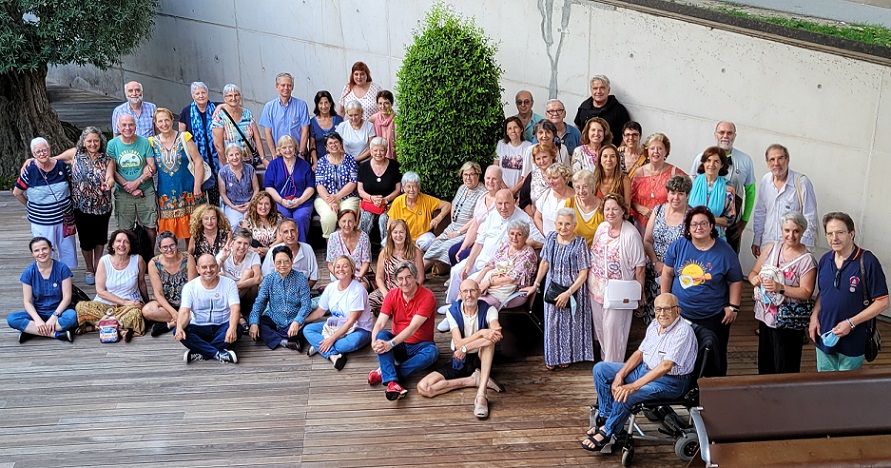 Group photo of all participants of the 2022 Spanish Summer School

On this occasion, we celebrated the Centenary of the Section, made official in Madrid on 2 February 1922. This does not mean that Theosophy began in Spain on that date. It was actually in 1889 that Montoliu and Xifré became members of the London TS. Their diplomas were signed by H.P. Blavatsky herself. Only 32 years later the Section was officially constituted.

International President, Mr. Tim Boyd, joined us on the first day, giving the inaugural address. The President of the European Federation of the TS, Mrs Trân-Thi-Kim-Diêu, was with us throughout this unique event, and gave the closing address. We couldn't have had better speakers for this occasion.

We were guided by several Lodge Presidents through our rich history, bringing back to the collective memory, the good work of those who preceded us in time and knowledge. We wanted to remember, by way of homage, those who made it possible for us to be here today.

We also looked into the future, as well as the esoteric meaning of the dates related to the centenary, in its initial but also its current significance. Of great interest was the presentation of the symbolic meaning of HPB’s seal, comparing it with the seal of the TS.

Very relevant was the presentation of the Charter of  Alaya, the new Lodge of Seville. Its President, Pedro Castañeda, gave an excellent talk and was presented with the Charter, in the presence of the President of the European Federation of the TS. Every time a new Lodge is formed, the work that the members of the TS do to collaborate with the Cause that moved the Founders is strengthened. We can only wish the best to the new Lodge and to the rest of the Section. 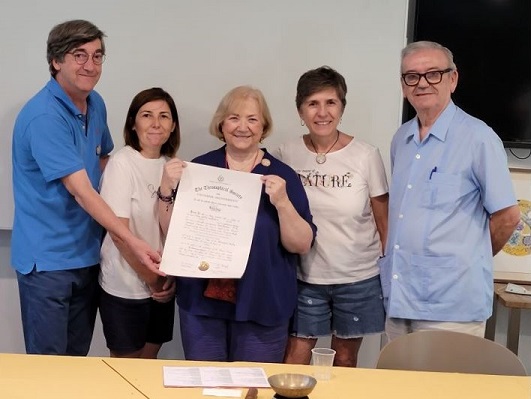 In 1977 a new stage began for Theosophy in Spain. New, but it wasn’t reborn, because it had never died. We must never lose hope for the spiritual awakening of humanity. After all, this is what we are meant to achieve as human beings: self-realization and the fullness of Buddhic consciousness. Then we will be fully human; for at the moment we are only "half-baked".

We are all here, working hard and hoping that the Spanish Section will continue to serve as an instrument for the work of the Great Brotherhood in this country. This is our responsibility.

We must also look at the life the Spanish Section has had, the path it has taken and all that it has gone through, because it is from all this that we can draw the best lessons. The past is not dead: we carry it with us, and by observing and understanding that past, it will make us aware of where we came from and what we are at present.

We are all in the same boat. We have to row in the same direction, which is not set by the captain, nor the helmsman, nor the lookout. It comes from above, from within, from the depths of our Being, from where the Heart of the Universe is.

This is a journey home.

For all those who have been, those who are now and those who will come after.

Let the beacon of the teachings of the Ageless Wisdom guide us against all odds. And let us learn along that journey; let us seize every moment of it: they are opportunities to perfect ourselves.