Good News from The Hague. the Netherlands

[Note from the editor: The Hague, Dutch ’s-Gravenhage or Den Haag, French La Haye, seat of government of the Netherlands. It is situated on a coastal plain, with the city centre just inland from the North Sea. The Hague is the administrative capital of the country and the home of the court and government. The Permanent Court of Arbitration and the United Nations’ International Court of Justice, housed in the Peace Palace, are also based in The Hague.  As will become evident through the write-up below, the city was, and still is, very important for the advancement of Theosophy in the Netherlands.]

The following report was received from Ria Schopman, chairwoman of the “The Hague Lodge.”

In 2022 the 'The Hague Lodge', in the Netherlands, part of the Theosophical Society- Adyar,  celebrated its 125th anniversary. To commemorate the 125 years of spiritual work, the Lodge  organized a special event which took place on June 17, in The Hague.

In the Netherlands, soon after the foundation of the Theosophical Society in 1875, there  was great interest in this new spiritual organization. As early as 1881, the first theosophical lodge ‘Post Nubila Lux’ was founded in The Hague. On March 30, 1897, an earlier founded theosophical center was elevated to a Lodge, and the 'The Hague Lodge' came about. Together with six other local centers in the Netherlands, it formed a national branch within the worldwide Theosophical Society network with its headquarters in Adyar.

The interest in the 'The Hague Lodge' grew so swiftly, that a larger venue was needed for the members in order to have enough space to meet. Soon they were able to purchase a significant building. The world-famous Dutch architect, Karel de Bazel (1869-1923)  designed the temple-complex that accommodated seven spiritual groups. Unfortunately, due to a declining members’ number and the high costs of maintenance, the building had to be sold in 1992. 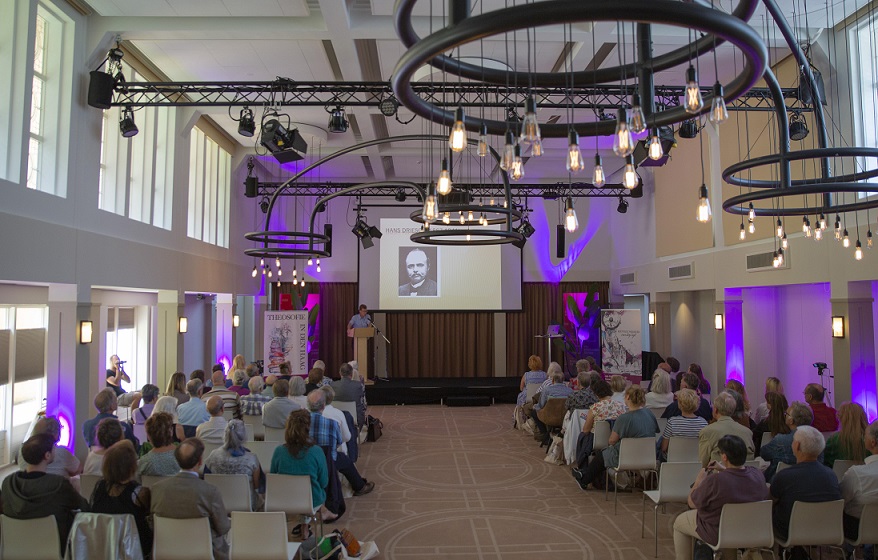 For its 125th anniversary, the 'The Hague Lodge' returned to their former lodge-building, now a museum, to celebrate its anniversary. The architecture and symbolic details, such as the stained-glass windows and the mosaic in the garden, still reveal the building's original inception. Within these walls, more than 75 years of spiritual work had taken place, cultivating an ever-deepening awareness that there is such a thing as the Ageless Wisdom, which can serve as a guideline for people seeking answers to life's questions.

For more than a century, the theosophical teachings have been shared mainly through books. The present-day however, provides more and more possibilities, especially due to the increase of new means of communication. This invites a broader and in particular a younger audience to explore the world of Theosophy. With the meaning of life becoming more intangible, the The Hague Lodge feels that it’s important to offer people a different perspective on life. With the Ageless Wisdom as a guideline, one can learn to discern what is valuable or useful for one’s individual spiritual self-transformation, within the incessant stream of information that comes your way on a  daily basis. 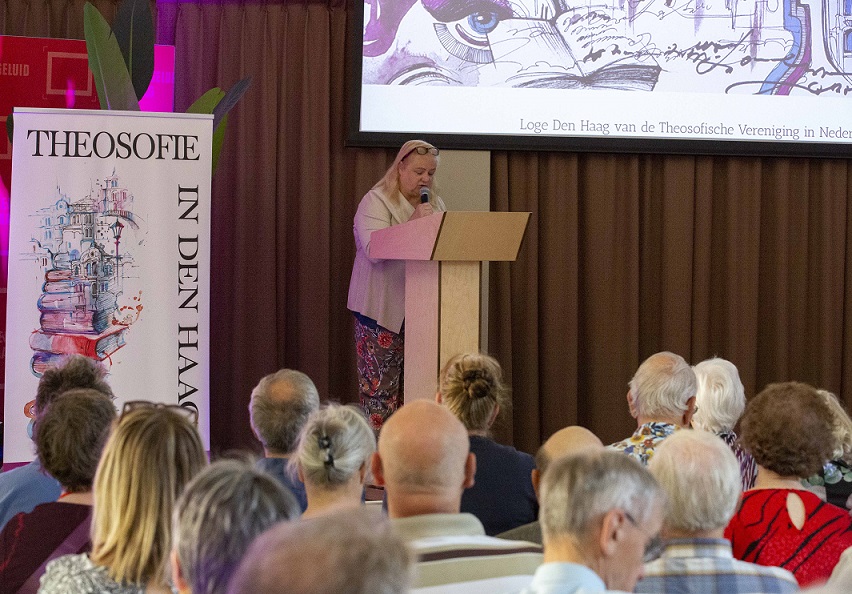 During the commemoration event, religious historian Annine van der Meer gave a fascinating presentation on Maria Magdalena and the wisdom of the New Age, followed by an inspiring lecture by  philosopher Rico Sneller about the soul of humankind and the world. Scientist and philosopher Bernardo Kastrup gave an exciting presentation about analytical idealism, being the next paradigm in science, which certainly gave the captivated audience something to ponder on, whilst going  home.

The ‘The Hague Lodge’ was also very honored to have the International President of the Theosophical Society, Tim Boyd, as a guest speaker who spoke about how to respond to the issues of our time in the light of the Ageless Wisdom. Tim Boyd told the audience, which mainly consisted of members of the Dutch Section of the TS, that although it seemed like a pretty simple question to answer, no profound question is ever simple. He smiled and added: “It has to have 7 layers at least.” Tim also spoke about issues like violence. war, climate change, poverty, casteism and racism. He also touched upon the subject of  ‘another epidemic’ of depression, isolation, and a sense of “not belonging”. that has somehow found its way throughout the peoples all around the world. To underscore all this Tim recited a quote contributed to Albert Einstein  …  no problem can be solved on the same level of consciousness at which that problem was created... 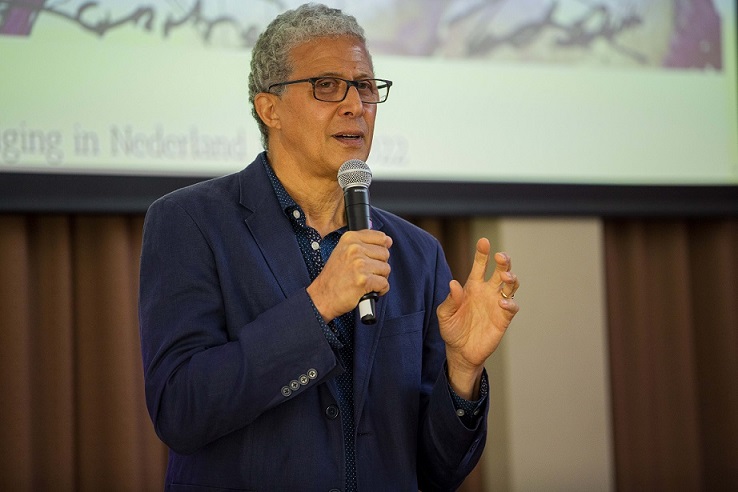 Tim also shared his thoughts about the difference between knowledge and wisdom:

“If we are looking for solutions to any one of these issues, there is no need for anything more than the level of knowledge that humanity possesses right now to address them. What should become clear is that if solving these various issues which we face today is dependent upon knowledge, well then maybe that’s not the way. Maybe there is some other component that is required that has to be brought to bear, something else that is not at the same level at which these problems were created …

From time-to-time people appear,  who during their lives exhibit something which we point to, and then we say: “They’re wise.” We all recognize the wisdom and the behavior that is exhibited by wise people and that doesn’t fit within the boundaries of the limited field of just knowledge. So how do we become wise, is the principle question that any spiritually directed endeavor tries to point to.”

The “The Hague Lodge” will continue its spiritual work with great enthusiasm and is as committed as always, to respond to Madame Blavatsky’s request to let people know there is something like Theosophy, the Ageless Wisdom.