Sacred Journeys and an amazing benediction 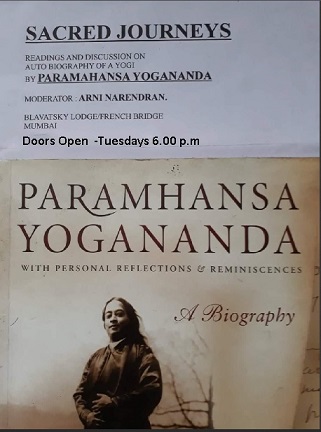 Over the last sixty weeks (!!) the Blavatsky Lodge in Mumbai conducted a series of gatherings which were named “Sacred Journeys.” Held every Tuesday evening, the sessions started with mindful meditation and healing affirmations, followed with readings from the celebrated magnum opus of Paramhansa Yogananda, Autobiography of a Yogi.

Since the publication of The Secret Doctrine’ of Madam Helena Blavatsky in 1885, no other book has had so much impact on western consciousness. The Autobiography of a Yogi, which Steve Jobs chose to have distributed as a gift among those who attended his funeral, revealed the mysticism of the orient to the western material world. Incidentally, the Yogada Satsangh Society (YSS) founded by Yogananda with its headquarters at Ranchi, Jharkand state, first came to Mumbai decades ago and conducted weekly Sunday Satsanghs at the premises of our Blavatsky Lodge, which the organization rented. Eventually YSS purchased its own center in Mumbai. 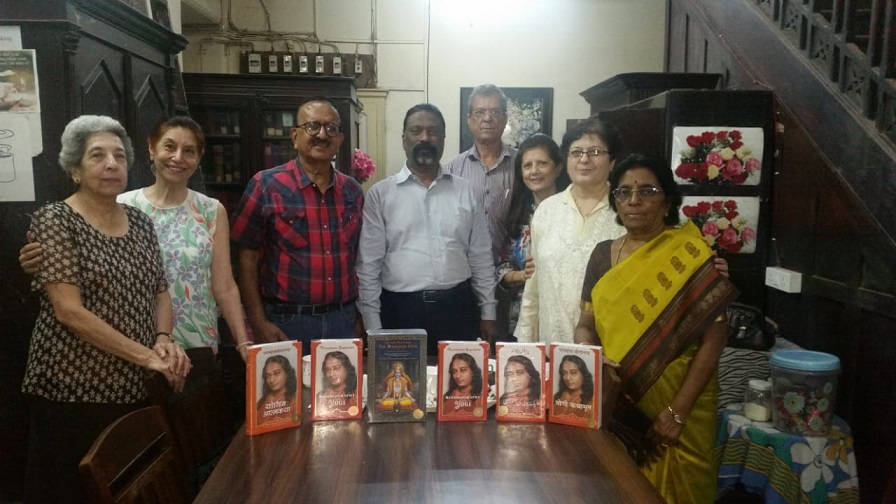 After a pause of many decades, it so happened that that members of the Blavatsky Lodge decided to take up the reading and study of the Autobiography of a Yogi. The YSS has its counterpart in the USA, as Self Realization Fellowship (SRF), with headquarters in Encinitas, California. The readings were interspersed with recalling incidents in the life of Sri Yogananda, as they were narrated by his loyal disciple, the late Swami Kriyananda.

Swami Kriyananda (Donald Walters) was the founder of Ananda Kriya Yoga (Expanding Light retreat) based in Nevada, California. The program was conducted by Arni Narendran, a direct initiate of Swami Kriyananda and an honorary treasurer of the Blavatsky Lodge. The book as it was read out page by page was engrossing on the audience, most of whom were first-time readers.

The Autobiography of a Yogi narrates the mystical experience of the Paramhansa as he grows up taking the reader, to Kolkotta, Benaras, Puri, Ranchi, the Himalayas, and his journey across sacred India, meeting such great souls as Lahari Mahasaya, Ramana Maharishi, Neem Karoli Baba, Anandamai Maa, and Mahatma Gandhi, until Sri Yogananda ultimately meets his guru, Shri Yukteshwargiri at Puri. His experience at his hermitage in the USA, vividly describes what that country looked like in the early twentieth century, when yoga and eastern spirituality were relatively new.

During the last week of the book reading, a representative of the government of India came to the lodge and handed over a box with over a dozen books, published by the Yogada Satsangh (YSS) informing us that the Blavatsky Lodge Library was one among the chosen recipients, receiving these free publications. The gift was an initiative of the Indian government, in order to promote the religion-neutral works of an extraordinary universal guru, to elevate the consciousness of its denizens.

A blessed culmination to the SACRED JOURNEYS.