Good News from the Brasilia Lodge (Loja Brasilia) in Brazil 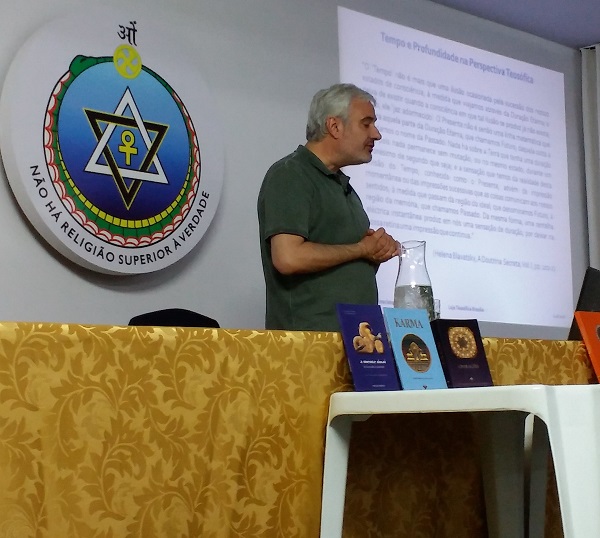 The Brasilia Lodge of the Theosophical Society in Brasilia, Brazil had the honor to host José Manuel Anacleto, head of the Centro Lusitano de Unificação Cultural located in Lisbon.

A Theosophist for 40 years, Mr. Anacleto gave a lecture on the topic of time according to the Theosophical perspective.

An in-depth presentation of some of the philosophical tenets provided by The Secret Doctrine's cosmogenesis, showing that time, as we humans perceive it, is but an illusion in face of the eternal now.

He also emphasized the importance of the graduated path as the safest way in the pursuit of wisdom and enlightenment. For our negative traits can't just be eliminated overnight, nor according to some human notion (or delusion) of an immediate present that can be grasped by our dualistic minds. 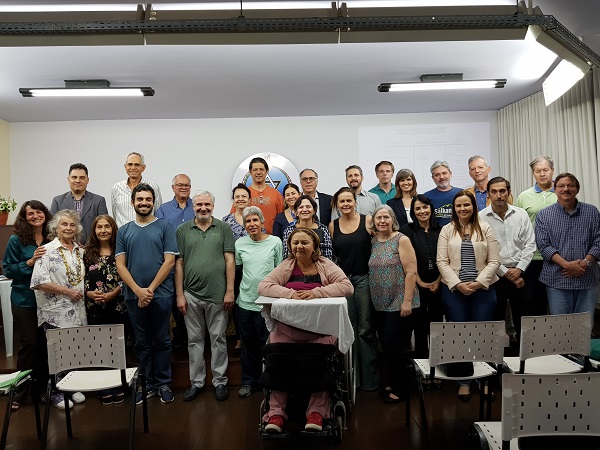 We perceive time, a product of the manifest universe, in a distorted manner. An even greater delusion, though, is to assume that we can go against the cosmic laws of spiritual progress and reach enlightenment with the blink of an eye.

As very well stressed by Mr. Anacleto, it takes time and effort.