Good News from Zeeland – the Netherlands

Message received from Saskia and Maurits Campert who both are active Theosophists in their region.

Zeeland is a Dutch province in the southwest of Holland (i.e. another name for the Netherlands), bordering Belgium. Before the Romans came, there apparently was a Celtic influence. Originally there were six islands that now have become peninsulas, as a result of the disastrous North-See flood in January 1953, after which a beginning was made with the comprehensive Delta Works, an example of the phenomenal craftsmanship of Dutch engineers. The picturesque cities of Middelburg, Veere and Zierikzee are well-known all over the world. 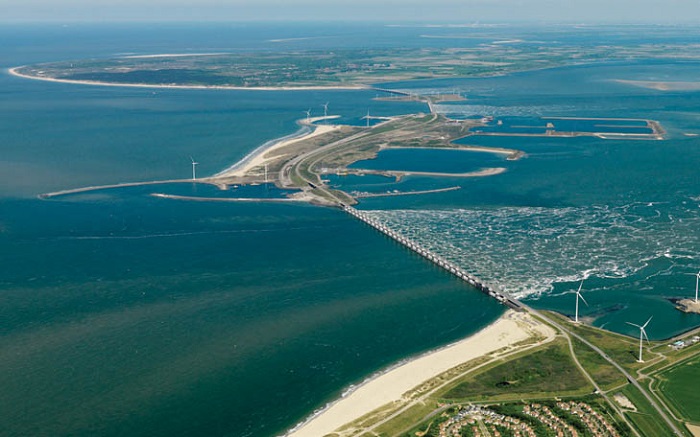 Part of the Delta Works from the air

In Zeeland therefore, we understand the necessity of good connections among islands. As soon as a bridge or dike is constructed, our perspective is greatly enlarged through new horizons which open up our total view. People who did not have a chance to know one and another, can now become friends. 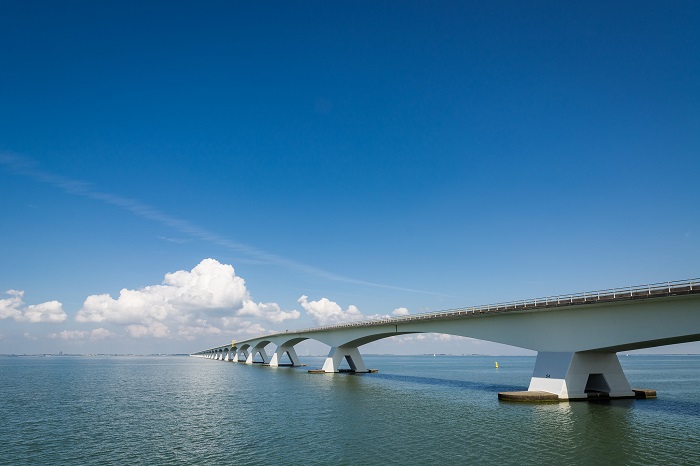 Accordingly, the people who live in Zeeland (they are called “Zeeuwen”) do understand the significance of Theosophy, the Ancient Wisdom that forms the basis of all religions. Theosophy is the “linking” bridge, connecting all sciences, religions and philosophies. Freedom of Thought combined with an open mind attracts ‘people of the sea’ living their lives well below sea level. 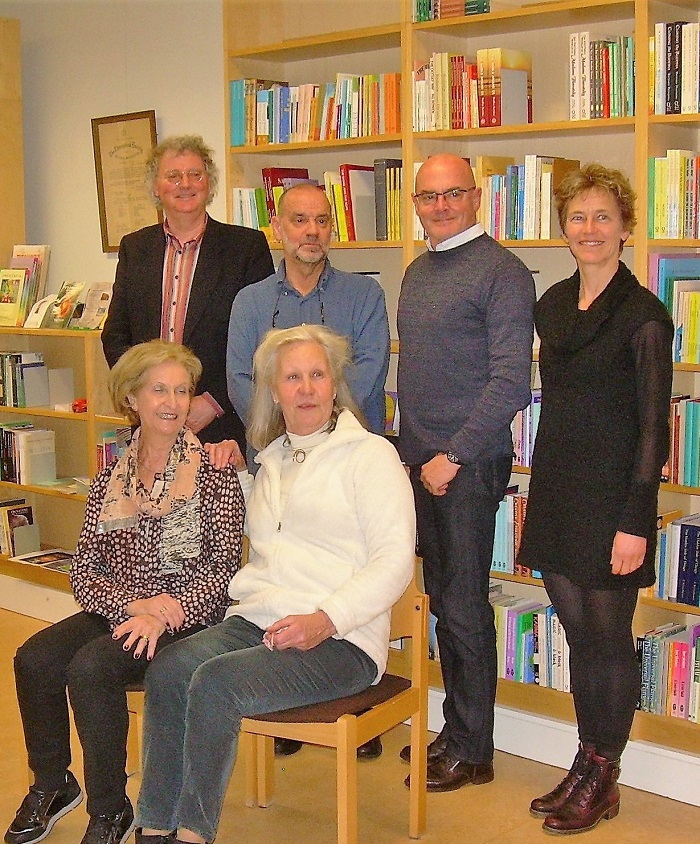 The Centre’s board visiting the Headquarters of the TS in Amsterdam, Sitting: Corrie Polderman, chairwoman and Saskia Campert, secretary. Standing, from left to the right: Renger Dijkstra, librarian, Amsterdam, Wim Leys, General Secretary of the Dutch Section, Roger v.d. Voorde, treasurer and Marja Tavenier, program coordinator. Absent on this photo is Marlies Rijnen, board member.

At a 180 kilometres, or two hours by car distance from the International Theosophical Centre in Naarden, it was decided to restart a “TVN Centre Zeeland” * in order to bring Theosophy closer to the people over here. This waking up from Pralaya is to the great pleasure of our 93-years-young Cor Meijer, who joined the Dutch section of the TS over 60 years ago! 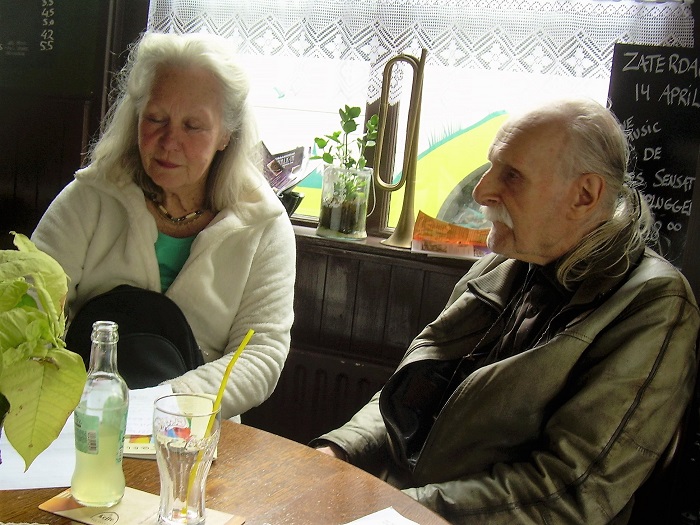 For the period of two years we already gathered in Kortgene (North-Beveland island), but on March 21, 2018 the Centre officially opened its doors. Currently we can count on ten members and ten friends for our Centre, and hopefully it’ll become a Lodge in the nearby future. We’ll keep you posted.

At the moment we study The Key to Theosophy, and in the 2019 season we plan to move on to an introduction of The Secret Doctrine, and that course will last for two years.

*TVN is an abbreviation for Theosofische Vereniging in Nederland (i.e. the Dutch Section of the TS- Adyar)