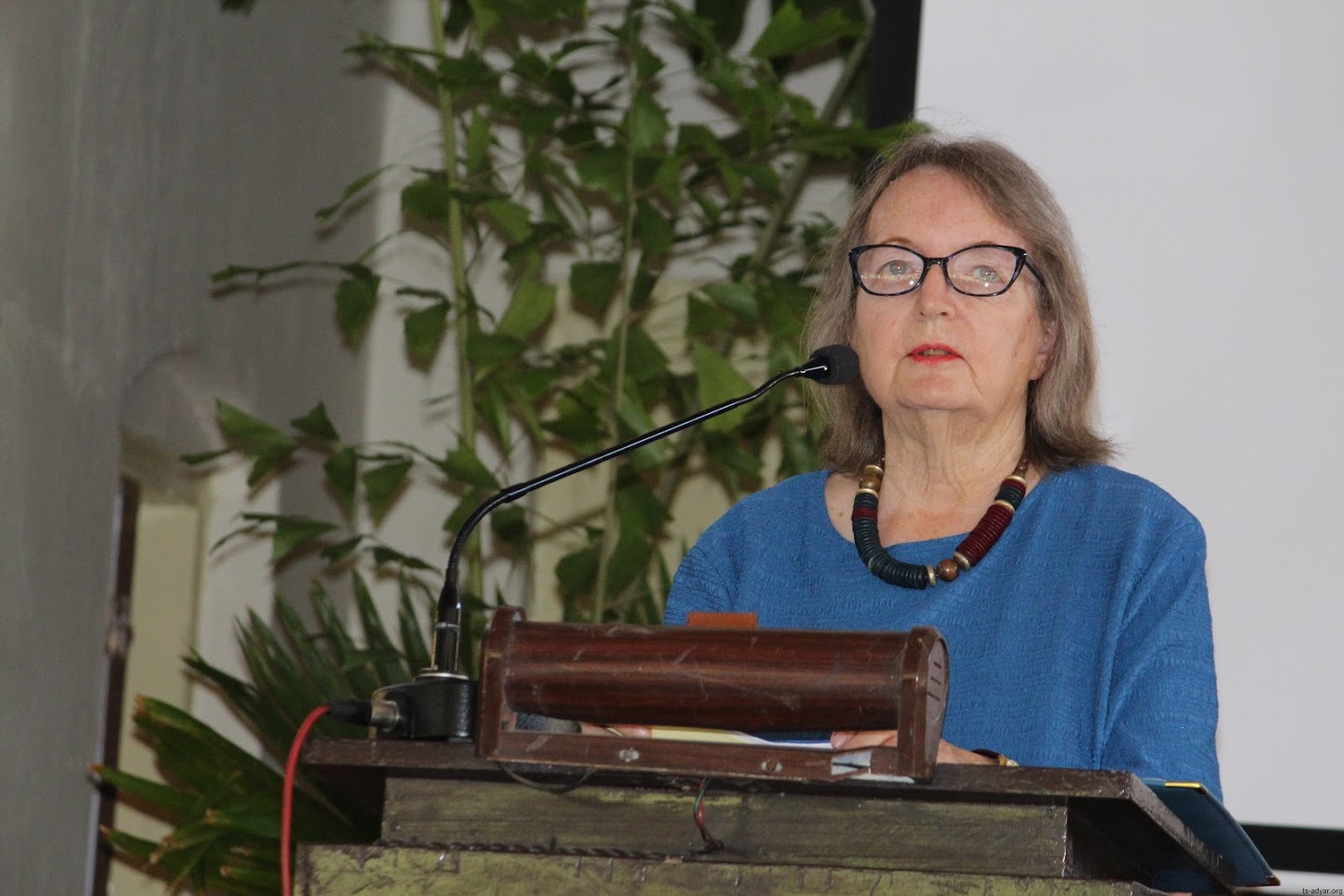 Arriving at the Theosophical Center in Adyar, India for the first time, one feels thrust back into the 19th century. The feeling is magnified by the realization that here is where H.P. Blavatsky lived and worked for several years. History is alive. As one settles in, the physical surroundings reinforce the sense of a special place of retreat. Pure air, gentle breezes, hundreds of beautiful trees filled with birds and the warmth of tropical temperatures encourage contemplation of nature’s bounty. Many took advantage of the paths to the beach as well as to the Library, the Publishing House, the Museum and to the numerous historic sites.

As more conference attendees arrived from all over the world, meeting people and friendly conversations created a shared sense of community. Formally, the conference opened and closed with prayers and chants expressing the major religions of the world. Both unity and diversity were respected. The International President of the Theosophical Society, Tim Boyd quickly demonstrated his leadership skills. His openness, accessibility and creative innovations were central to the success of the conference. A video giving the geography, statistics and activities of the many Theosophical Centers around the world was very informative especially for a visitor representing the United Lodges of Theosophists.

Several talks and panels offered lucid perspectives on the teachings of Theosophy. One excellent talk on “Beyond the Brain: The Unifying Force of Consciousness” given by Dr. Sangeetha Menon presented distinctive evidence of why a materialistic focus on the brain cannot give a sufficient explanation of human mental capacities. Many talks described the path to the “spiritual mind” that H.P.B. referred to. Others addressed the call to unity included in the conference theme. One unique panel made up of representatives of T.S.– Adyar, T.S.- Point Loma and ULT answered questions submitted by Conference attendees. All of the lectures and panels are posted online for convenient viewing.

Very enjoyable were the special events expressing Indian performance culture – a skillfully done demonstration of classical dance, an intense violin concert and a delightful performance of a huge, local Children’s Choir. Sitting close to 250, bright eyed, talkative school children, I saw pure joy. Would that children all over the world could be so happy and full of song.

Last but not least, attending the conference raised in my mind many thoughts and questions about the future of the Theosophical Movement. What should we be doing to spread broadcast the teachings? What activities will most effectively expand the breadth and depth of our effort?  What technologies are most effective? What shared aims should we focus on?  This is a ripe time for re-thinking our priorities and to try harder to fulfill the vision given by H.P.B. in the concluding chapters of The Key to Theosophy.

With appreciation for the opportunity to attend this conference.