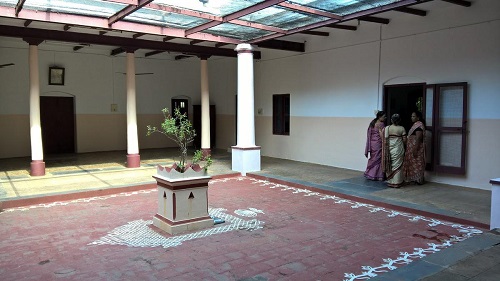 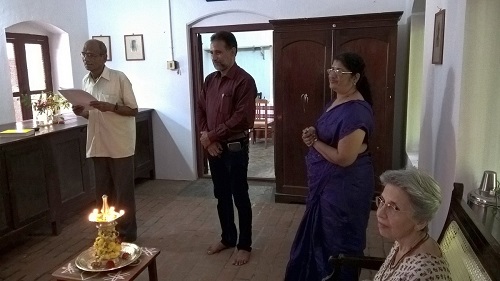 This Ayurvedic clinic started functioning at Bhojanasala last August. Two doctors offer consultation and treatment services for Theosophical Society members, their family, and TS workers on Monday through Friday, from 3 to 6.30 pm. They also prescribe a vegetarian diet.

Consultation fees are nominal, but Ayurvedic medicines are an extra charge. During the international Convention the Clinic will be closed. 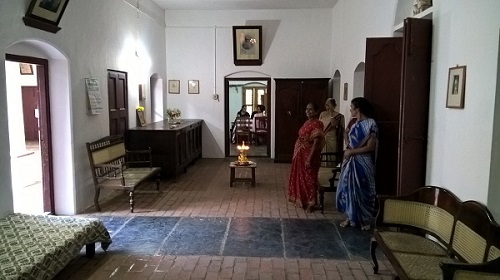 Another overview of the interior of Bhojanasala

For many years, participants of the International Conventions were familiar with the fact that Bhojanasala functioned as the original “Indian” restaurant on the Adyar Estate. Last year however, the kitchens of both Bhojanasala and Leadbeater Chambers were merged, which resulted in one large renovated kitchen at LBC. Meals are now to be obtained from one “central” location. Many who live on the compound use food-carriers to take to their homes on the compound. As was the case when Bhojanasala was still operating, all the food prepared is 100% South-Indian, and it is being served Indian style on stainless steel plates. Almost all, even the workers from abroad, when using the restaurant facilities at LBC, eat the traditional way, with their fingers, although cutlery is available on request. Residents, staff members and volunteer workers all agree that this merge was another step forward. The food quality and its nutritional value increased considerably, while, as with all South-Indian food, it is moderately spiced and above all very delicious!