Good News from Nancy Secrest, International Secretary of the Theosophical Order of Service

Without a doubt, the International Secretary of the TOS is a busy bee indeed; just by looking at her itinerary one is out of breath!

In between washing windows at the Blavatsky museum in the Ukraine, visiting a salt mine in her grandfather’s village in Poland, meeting with gypsies with whom the TOS in Hungary works, climbing castle steps and attempting mountain trails in Slovenia, TOS International Secretary, Nancy Secrest, gave talks and TOS presentations and met with members of the Society and the TOS in eastern Europe in August, 2016. 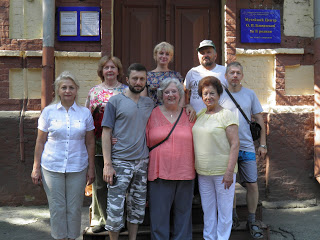 Nancy Secrest and others arrives at the HPB Museum, Dnipropetrovsk (Dnipro) Ukraine

The visit was initiated by an invitation for Nancy to speak at a program in the Ukraine celebrating the 185th anniversary of HPB’s birth. The program, held 12-13 August, 2016 in the home of Blavatsky’s birth, now the Museum of Helena Petrovna Blavatsky and her Family, in Dnipro, Ukraine featured a number of speakers including Antonio Girardi, General Secretary of the Italian Section and Svitlana Garylenko, Organizing Secretary of the TS in the Ukraine. Additional talks and meetings were held at the TS/TOS in Kiev. 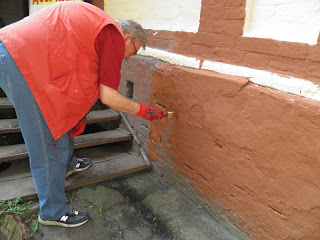 The General Secretary of the Italian Section, Antonio Girardi, with a pot of paint (invisible on the photo) and a paint brush “doing-up” the walls of the HPB museum in Dnipro

Not being one to waste an opportunity, Nancy made arrangements to visit with members of the TS/TOS in Hungary and with TS members in Slovenia as well. She also took a personal side trip to Poland while she was in the neighborhood, from where her maternal grandparents emigrated in the early 1900s.

Underneath a fragment* of what Nancy wrote about her visit  visit to Ukraine:

“An invitation to speak at a program in the Ukraine celebrating the 185th anniversary of HPB’s birth AND being held in the home of her birth seemed to me something not to be missed. It also sent me to the map. What other TOS groups were nearby? The opportunity to visit Eastern Europe should be used as comprehensively as possible, I thought. Aha, the TOS groups in Hungary and Slovenia were close enough for this trip, and Poland, my maternal grandparents’ country of origin was right next door. Perhaps a little personal adventure and family research was in order as well? After all, when would I get another chance to visit there? The invitation was accepted, members in the other countries contacted and arrangements made . . .

. . . The formal program took place on 12-13 August in Dnipeo and on 14 August in Kiev. Talks given by Antonio Girardi, Svitlana Garylenko, Yuliya Shabanova, Elena Alivantseva, myself and others filled the days. We also enjoyed listening to soothing sounds that emanated from a program of Tibetan bowls, enjoyed a piano concert featuring the music of Shuman and Shubert and an original play, “Seeking Truth” written by Kiev member Nikolai Shcherbina, and put on by the Kiev branch.” 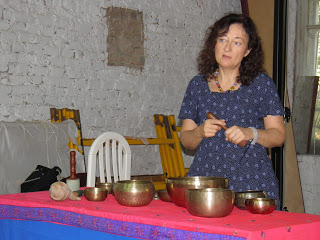 Two excerpts* from her report of Nancy’s visit to Hungary: 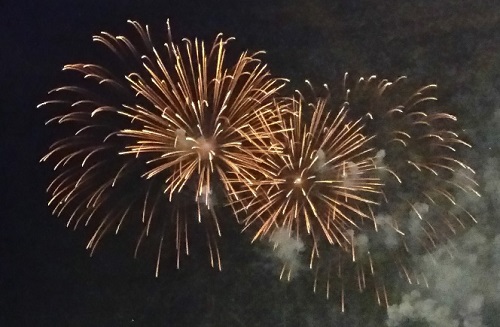 Nancy was met in Hungary by majestic fireworks

“I arrived in Hungary on a national holiday and, that evening, joined 200,000 others at a fireworks display on the banks of the Danube that celebrated the crowning of their first king, Stephen. In Hungary I stayed with Janos Szabari and his wife Adrianne Nagyiday, our TOS correspondent there. Furthermore I met with the TOS group in Hungary giving a presentation of TOS history and current activities to them and later to members of the TS in Hungary as well. Informal discussion groups were held after each of these presentations …

… One of the major TOS activities in Hungary is their work with the gypsy population in the village of Tapiobicske. Adrienne, Moemi, little Isabella, another member, Agnes Nagy, and I visited there and met with the leaders of this community. There I learned the story of how they realized a dream of having a place for the children.” 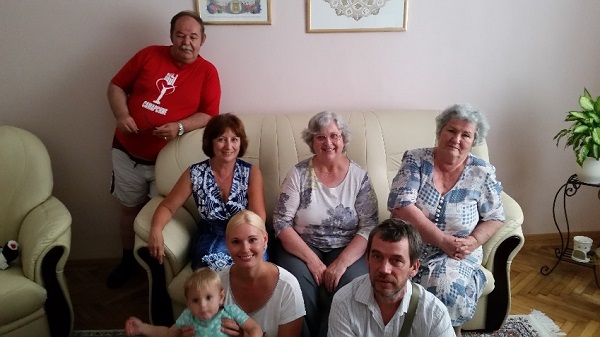 Meeting up with the TOS group in Hungary

From members in Slovenia, Theosophy Forward received this write up* from members there:

During her summer tour through Eastern European countries Nancy Secrest, the International Secretary of the Theosophical Order of Service, travelled through Ukraine, Hungary and finally beautiful Slovenia, where she spent few days from August 24 to 28. 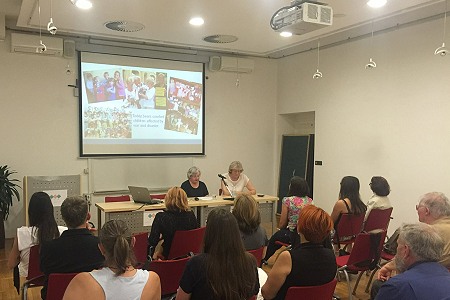 Talk at the Slovene Ethnographic Museum in Ljubljana 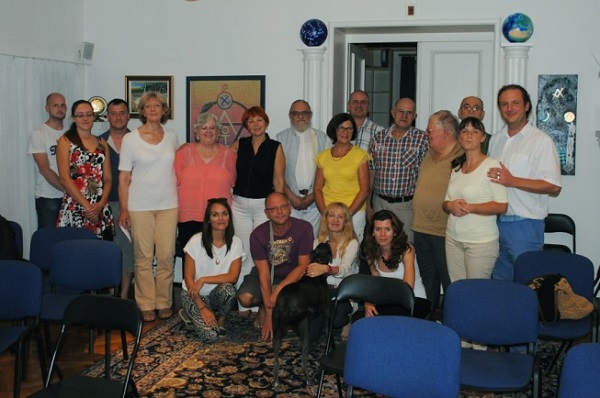 The last day of Nancy Secrest’s visit was dedicated to an informal meeting with the Theosophical group, at which various areas of work the group is already involved in, and new work possibilities were discussed. 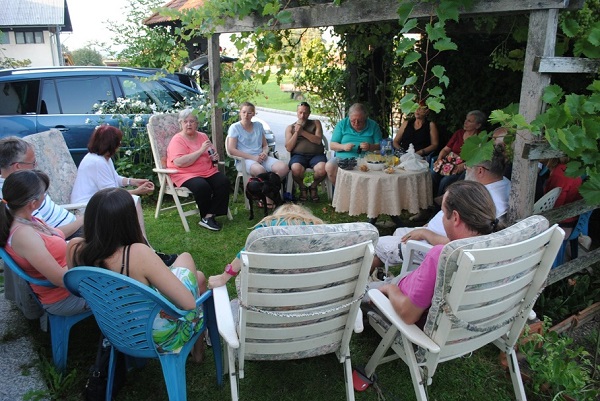 Four fabulous days were spent in a warm and brotherly atmosphere.

*For a complete and detailed account of Nancy’s visit to Eastern Europe, go to the outstanding website of the TOS at:
http://international.theoservice.org/