A participant from Italy, addressing the world-wide Theosophical community, wrote the following inspiring lines directly after the meeting:

Just a thought: it would be an excellent idea if sections world-wide could come to an agreement to have this international youth gathering take place at least once a year. Theosophically speaking there is urgent need to start investing in young people and the grounds of the Theosophical Institute near Brasilia offer an excellent setting for this. Sections can select young and active members and sponsor them in order to finance the air-fare to Brazil. It seems that the Brazilian Section is open for this initiative; its leadership is prepared to investigate the idea into detail and help out where possible.

Tim Boyd, accompanied by his wife Lily did a number of radio and TV interviews, but also went to the Sao Paolo and Rio de Janeiro where he was received warmly and enthusiastically. 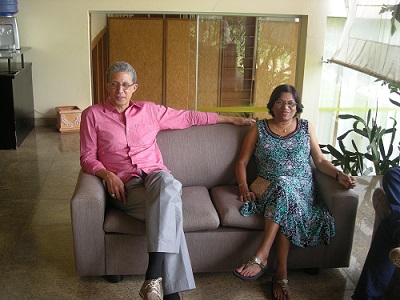 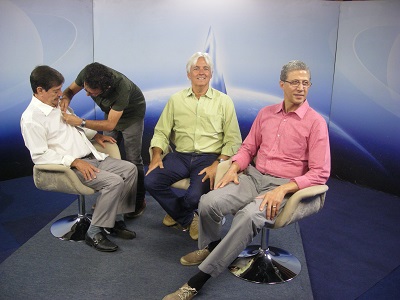 Getting “wired” in the studio, from left to right: Ulysses Riedel, translator Eduardo Weaver and Tim Boyd 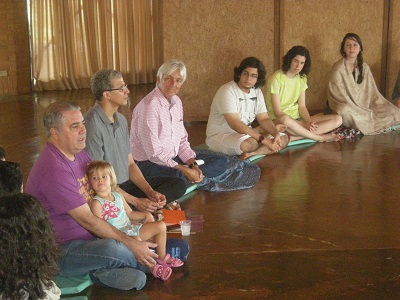 On the far left Marcos de Resende accompanied by daughter Helena on his lap, introducing Tim Boyd to the young Theosophists at the Theosophical Institute 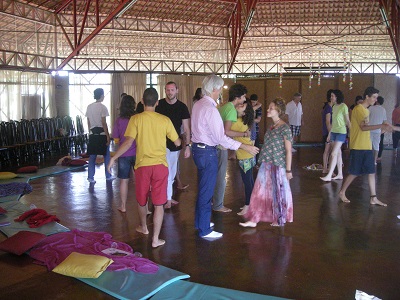 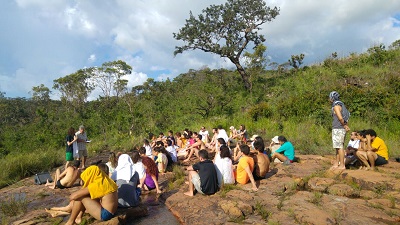 What about a talk in nature without electricity? Marco Aurelio Bilibio speaks to the young Theosophists over a PA system with batteries …

We have 575 guests and no members online