Good News from the International Theosophical Centre in Naarden 3

[A unique event took place in Naarden on Saturday September 5; with great pleasure Theosophy Forward makes mention of this. The compiler wishes to thank Guido Lamot for giving permission to make use of some of the excellent photos he took]. 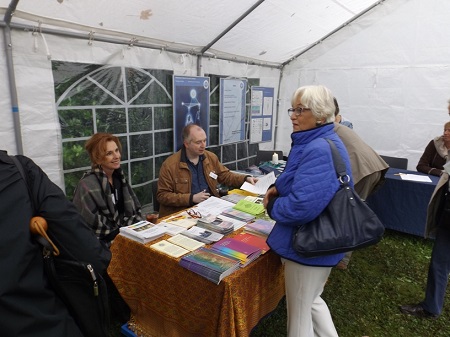 Representation “on the Centre grounds” of the Dutch Section

A report received from the chairman of the Centre, Arend Heijbroek

ITC Naarden organised an open day on Saturday 5th September for the 12 spiritual organisations most active at the Centre. Some of these organisations were already present just after establishing the Centre 90 years ago, a fact celebrated in August. These include the Dutch section of the TS, Round Table, the local chapel of the LCC as well as Co-Masonry. From the early start there was connection with the work of Krishnamurti, who visited the Centre several times. With the improved facilities of the Centre we were able to welcome new organisations, such as those involved in Buddhist retreats as well as Raja yoga. All these activities are considered as different colours, which together result in and active Centre, symbolised as a shining diamante. 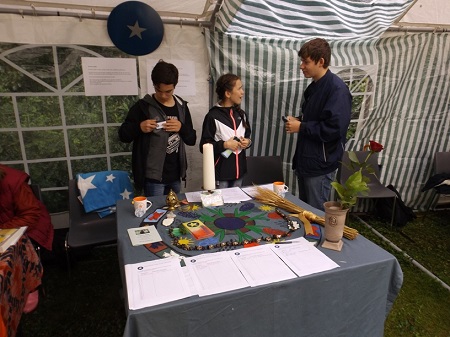 The tent with info on, and representatives of the Round Table

The open day was very well received. The organisations, many of which being rather introvert by nature, saw a new opportunity to present themselves. Moreover, by working together it appeared that they can learn a lot from each other. So they were all very pleased with the day. More importantly the day attracted over 150 visitors, with many new faces and very positive reactions. The future will tell whether this resulted in new participants for the activities at the ITC. 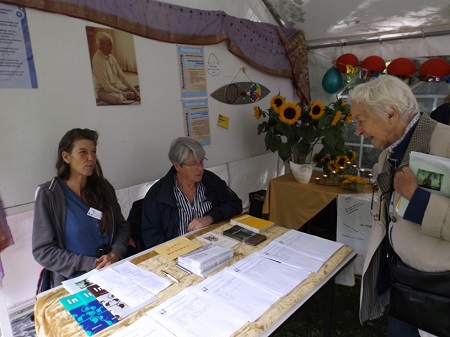 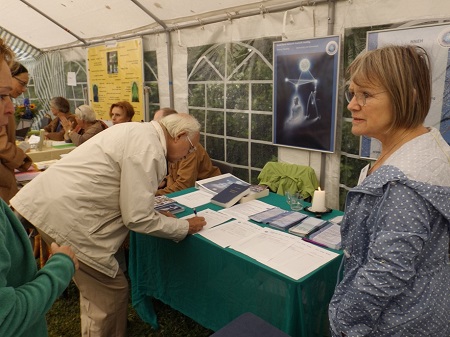 The enthusiasm with the organisations and visitors already resulted in a positive energy, which no doubt will support our work. 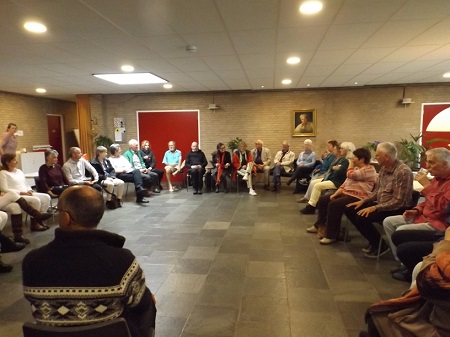 After the event: exchange of experiences and evaluation in the Besant Hall

We have 438 guests and no members online