Good News from the International Theosophical Centre in Naarden 2

During the so called “Dutch Day” held at the ITC in Naarden, the Netherlands on August 23, it was also commemorated that the Centre was founded precisely 90 years ago. It was time for a fruity toast. 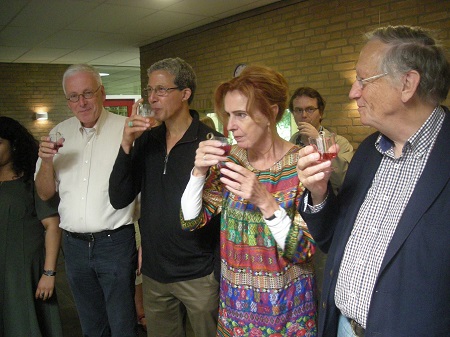 Among others you’ll see from left to right: Arend Heijbroek, chairman of the Centre, Tim Boyd and Helma Kuit

The proceedings in the Besant Hall for the Dutch Day started with a sort introduction by the Dutch General Secretary, Wim Leys. 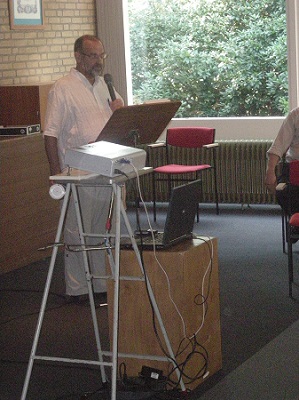 Tim Boyd, International President spoke during the Dutch Day to the Dutch members and conducted two questions and answers sessions. 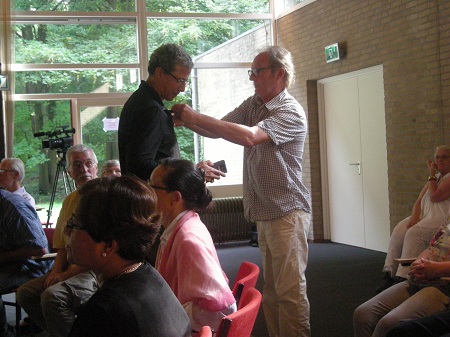 Tim Boys gets connected to a wireless microphone

Patrizia Calvi from Italy gave an impressive overview of the TOS activities in Italy, Dutch members were impressed! 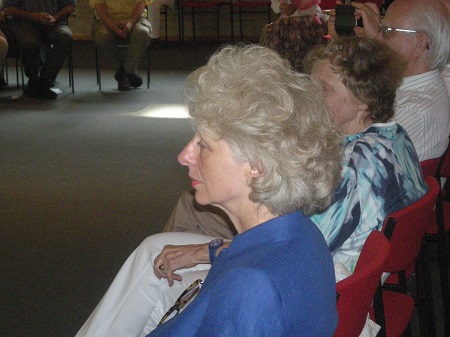 After the Dutch Day all enjoyed the relaxed atmosphere on the patio of in St. Michael’s House. It was a warm August evening. 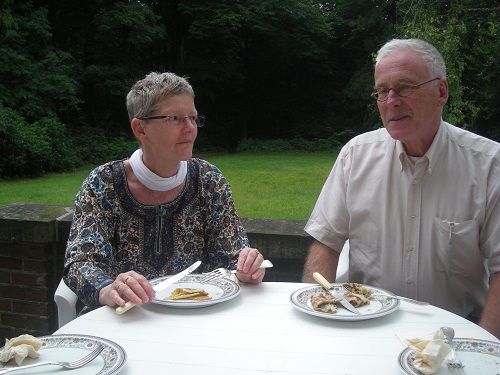 Els Rijneker (left), former General Secretary of the Dutch Section and Arend Heijbroek, chairman of ITC, having a chat and … (Dutch) pancakes