Throughout the ages various keys have been bequeathed as a means of assisting one in treading the spiritual path. Referred to as ‘keys to the mysteries’ they include Alchemy, Numerology, Esoteric Anatomy, the Kabbalah and Esoteric Psychology. 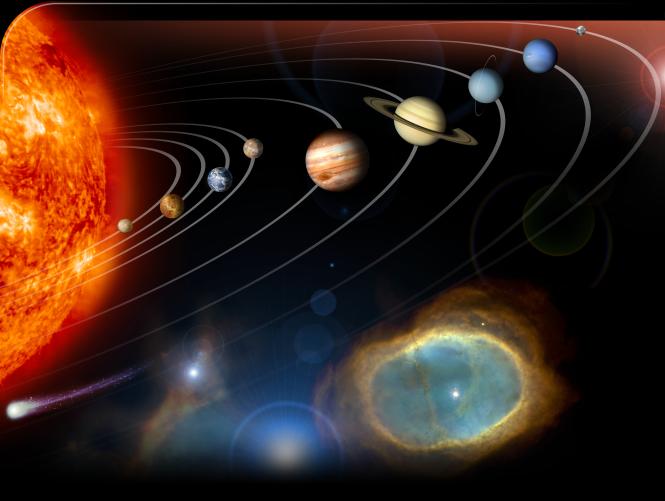 The subject of Esoteric or ‘Soul-Centred’ Astrology has been fashioned as a key to the mysteries for the 21st century. Following on from the pioneering work of Carl Jung and his concept of archetypes and their representation in the human psyche as symbols, Esoteric Astrology provides a key to enable the Higher Self (or Soul, in generic terms) to offer guidance and direction to the personality for the latter to ascertain and implement the Soul’s purpose.

The modern concept of esoteric or soul-centred astrology was first presented to the public by Alice Bailey in her book Esoteric Astrology. Her abstruse work introduced the concept of ‘esoteric rulers’, or planetary rulerships of the signs of the zodiac that differed from their orthodox counterparts and which were applied to those who embark upon the path of spiritual transformation. The contemporary esotericist, Dr Douglas Baker has developed this form of astrology so that it is capable of uniting the individual with the Soul or Higher Self thereby assisting towards the expression of its purpose. This is achieved by means of an astrological ‘language of symbols’ which offers a key which unlocks the door to the unconscious, the realm of archetypes and causation.
Theosophy informs us that in essence we are indivisible sparks of a divine flame known as monads which have been projected downwards into matter for the purpose of developing and expressing our latent spiritual qualities. Due to its purity the monad cannot descend below its own plane or level of consciousness. It therefore adopts structures which serve as its instrument on the levels of manifestation below.

The Higher Self is a reflection of the monad existing upon the planes of consciousness below it and develops and grows through the expression of its potentialities through its physical vehicle – the human personality. These potentialities of the monad, or atma, are buddhi (love wisely applied and wisdom lovingly applied), and higher manas (abstract thought).

This process involves many lives in human form. At an advanced stage of this journey, when the Soul has managed to control and harness sufficiently its instrument of expression, the human personality, the individual experiences what is termed ‘divine unrest’ when the affairs of the outer world no longer satisfy nor sustain him. At this stage, we are being called back to our divine origin, the Father’s house – the monad.

This is the stage of one’s evolution when one begins to tread the ‘spiritual path’ which leads to the very source of our being. This involves the process of personality integration where the mental, astral and physical bodies are required to function in unison rendering the personality an effective spiritual instrument to the extent that it may become ‘Soul-infused’, thus able to fulfil the purpose of the Higher Self. Carl Jung described this in his concept of ‘Individuation’ whereby the conscious and the unconscious aspects of the human psyche (including the Higher Self) are unified. Roberto Assagioli used the term ‘Psychosynthesis’ to describe this process.

When one treads the spiritual path one undertakes various spiritual disciplines. These may include the study of the occult classics, meditation and performing acts of spiritual service which assist humanity and/or the planet in general. But how does one communicate with the Soul?

Esoteric Astrology offers one a new language of symbols which enables us to communicate with the Higher Self, the immortal aspect of our being which is the very reason for our existence and whose principal means of communication with the personality is through imagery.

Bridging the Higher Self and its instrument of expression, the personality, is a structure which the Hindus call the antakarana – a Sanskrit word meaning inner organ or inner instrument. It is also sometimes referred to as the ‘rainbow bridge’.

The antakarana is built out of the substance of abstract thought or Higher Manas. This is the realm which Plato referred to as the ‘World of Ideas’ and which currently represents the frontier of human consciousness.  Abstract thought describes mental processes which do not relate either to one’s survival instincts or to the fulfilment of desires. It is developed through the study of philosophy, literature, poetry and the arts in general and particularly through the study of the symbolism found in myth and dream imagery. Esoteric Astrology takes this further by offering one a comprehensive language of symbols which has an existential basis as they relate to the contents of their natal chart.

The energy and experiences of one’s spiritual efforts and endeavours ‘pass up’ the antakarana and the Higher Self responds by pouring down energy, which serves to sustain us. These energies generally take the form of symbol and imagery in what are termed ‘lucigrams’ or ‘light messages’ which are received through dreams and meditation.

Esoteric Astrology represents a key to the process of becoming divinely inspired by opening the floodgates of energy that produce the lucigram.  This serves to widen the antakarana thereby allowing the Higher Self to grasp its instrument of expression – the human personality more closely until eventually the personality becomes completely infused with the energies of the Higher Self.

So how does this from of astrology work? How does one utilise or rather turn this key towards unlocking the mysteries thereby offering assistance in treading the spiritual path?

All of nature can be related to astrological energies which express what Jung described as archetypes or what may also be called ‘Divine Ideas’. Everything in the world is an expression of consciousness and has a reason for existing, and a function, and this function relates to its form or shape.

The relationship of shape to function is termed morphology and is a key feature of Esoteric Astrology. It applies to all external forms as well as to  those internal forms that appear in our dreams and meditations. Everything that can be conceived of or visualised is an image or symbol which can be classified according to its astrological affinities. These can be either single or combined astrological factors, i.e. astrological archetypes.
Archetypes discharge themselves into our consciousness through the medium of symbols. Symbols are representations of archetypes. Carl Jung’s definition of a symbol is probably the best one: ‘Any word or image is symbolic, or becomes a symbol, when it implies something more than its obvious or immediate meaning’.
When we examine the glyphs of astrology we discover morphological indicators that inform us as to the nature of the signs and planets and how they relate to our lives. The glyphs of astrology have been shaped since antiquity to symbolise the cosmic principles which they represent. This relates to the LAW OF CORRESPONDENCE – ‘As Above So Below’.

As an example the archetype of Libra, and therefore its esoteric planetary ruler Uranus and its corresponding astrological house the 7th. Libra rules flat surfaces as is implied by the lower part of its glyph.

Through understanding morphology it is possible to translate any dream, meditation experience, or any visual, auditory or anatomical phenomena into astrological terms. The glyphs and symbols of astrology imbue these with meaning and purpose.

Conversely, any object with the morphology of a zodiacal sign is a symbol of that sign. An example here is the sunflower which is a symbol of Leo and the Sun. It can be used as an object for meditation towards gaining insight into the nature and qualities of these astrological archetypes. When visualised, the sunflower may evoke a series of images which help one to trace the meaning of the sign back to its archetype.

Through applying morphological images to placements in an astrological chart one is assisted towards obtaining direction from the Soul both towards expressing its specific purpose in the world and towards effecting personality integration, thereby enabling the Higher Self to flood the personality with its energies. This is achieved by means of an existential key – the contents of one’s horoscope. The pioneering astrologer Dane Rudhyar described the astrological natal chart as representing one’s own particular response to the needs of the cosmos.

Some objects and concepts, through their behaviour, energy, shape and function, lie close to the pure archetypes and are allocated a single astrological factor or glyph. This is the origin of the pictograms of the zodiacal signs, for example the Bull symbolises the stubborn, fixed quality of Taurus with the glyph of the bull’s head and horns symbolising the morphology of things which are tight, narrow and constricting.

Most things however result from a blending of various astrological qualities and energies. These are represented by a combination of glyphs in an astrological placement (comprising a planet located in a zodiacal sign and/or house on the natal chart). A wooden bridge is related to the sign of Taurus in the 7th House. This conveys to us the blending of the Taurean nature of wood with the Libran or 7th House function of the bridge.
If someone were crossing the bridge we would add another factor such as a lady crossing a wooden bridge. This relates to Venus in Taurus in the 7th House. The lady and her associated qualities are ruled by Venus, but so too is the movement involved in the action of crossing the bridge (Venus is the esoteric planetary ruler of Gemini which governs movement).

This image may be a symbolic image conveyed from the Higher Self to the individual for the purpose of offering one a higher meaning. It is likely to concern the antakarana (bridging the Soul and the personality) and the unconscious female aspect of the male psyche – the anima. The image may be suggesting that the individual’s efforts to maintain their subjective life through meditation and other spiritual practices are consolidating the connection with the Higher Self.

The bridge is constructed of wood, a Taurean symbol. The connection is thus solid, sturdy, reliable and valuable and has tangible results meaning that it conveys numinous energy from the Soul down into one’s mundane earthly affairs. Each of the qualities listed in the previous sentence are related to the sign of Taurus. Wood itself comprises a bundle of woody tissue called xylem along which energy in the form of water and nutrients is conveyed up and down the tree. Therefore the symbols here convey the nature of the anatakarana and the energies emanating from the soul which energise and offer spiritual meaning to the personality.

To interpret these symbols one looks for related symbols and ideas within the same astrological categories. In our example this has been done with the categories of Taurus, Venus and the 7th house. This is not the ‘free association’ of psychoanalysis, but rather association related to astrological archetypes.

This method renders one receptive to impressions by the Higher Self. By visualising symbols inwardly and dwelling upon their morphological features one can invoke a flood of astrologically related associations and images. This can be achieved either through meditation or the dream life.

In a further lucigram the bridge is overgrown with willow trees making passage across difficult. This implies that resentment, a Taurean condition, is constricting and narrowing the antakarana and limiting one’s spiritual growth. Remarkably here, the Higher Self is also offering a solution in that Willow is the Bach Flower Remedy for resentment.

This is only a very brief introduction to the subject of Esoteric Astrology which, by virtue of its techniques and practices, offers purpose and direction as one strives to reach and express our spiritual nature whilst providing us with a key and a glossary to the language of symbols.

We have 312 guests and no members online