Some Information and Reflection on the Lowest Form of Energy 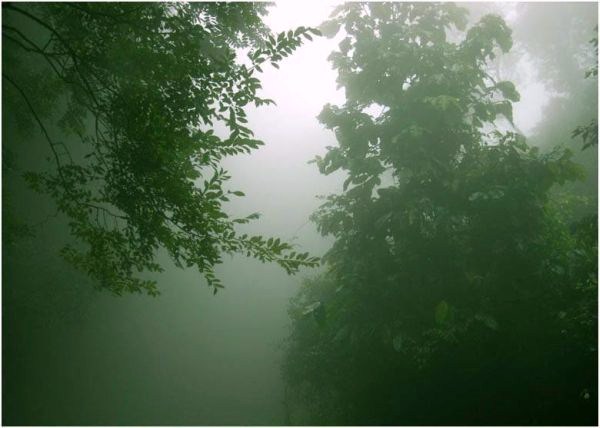 The Mother, Sri Aurobindo’s companion, was asked by Satprem, one of their closest disciples, what ruled the material world, her answer was money, sex and power. She did not say something new; many wise observers acknowledge this fact and most spiritual students know it theoretically. When one looks at the world of today one cannot deny the truth of the statement. Due to the editorial limitation, I will only concentrate on the subject of money.

Money is the lowest form of energy on the lowest level of existence, the material level.  It is the drive of most activities. Everyone wants to make money, even some non-profit organizations with noble intentions. The undeniable fact is that money produces money and investments are, at present, so commonly accepted if not systematically searched, that it turns out to be absolutely “normal” that one should earn money from money. But this thinking is totally wrong.  Erwin Wagenhofer’s documentary Let’s Make Money, which is now known as a reference to information on the financial process worldwide, proves that this process enriches the rich and impoverishes the poor. Those who are comfortably off would resist the view of poverty that has struck and strikes many populations worldwide.

(1) The intensive cotton farming is causing starvation to the people in Burkina Faso because the soil has become unproductive for any other type of farming. The wealth of the country has been diverted to enrich other countries which, through the commerce of cotton and its manufactured products, have become increasingly richer.

(2) Similarly, farmers in India pay a high price by buying Monsanto’s genetically modified seeds. These seeds have to be bought again and again because the crops they produce cannot be used as seeds for new sowing; as soon as a harvest fails farmers face bankruptcy. This, in the worst scenario, causes farmers to commit suicide out of despair and, in a better situation, causes great debt for the farmers and their families for years to come.

(3) The third example is the worst because it shows the present state of the world economy. The money “in circulation” is not real money, but artificially produced for the sake of loans. It means that when Mr. Smith is granted a loan by the bank to purchase a house, the bank actually does not have the money; it purposely “creates” the amount just by a stroke of the pen; the amount is just “scriptural,” therefore virtual. What follows is between banks through other strokes of accountancy. However, the borrower has to reimburse the money through his earnings, in other words by “real value” money. The whole process implies that with virtual money, the bank earns real money with the interests owed on the principal of Mr. Smith’s loan. Yet because the loans are huge and the interests are high, Mr. Smith—and other victims—can no longer honor the debt; the bank takes over and becomes the owner of the property. This happened three years ago and is likely to happen again —as greed has neither limits nor borders—if no significant reform is applied to the worldwide banking system.
These examples let us know that:

–When we receive increased money through investments, even “ethical ones” (ruling out those for armaments, toxins, and poisons, etc.) we have done a wrong thing; the poor in the developing nations have been deprived of some means of survival. We all know that the origin is greed. We can gloss over this but still a solution ought to be brought about. This makes us conscious of our unconscious exploitation of the poor.

–When we take out a loan, we increase the bubble of virtual “scriptural” money adding to the mass of money in circulation, which is not real money, but money as debt. This makes us conscious of our unconscious complicity.

–The world economy is totally dependent upon the bank system which is its main beneficiary. This tears a small corner of our ignorance on globalization.

Solutions belong to each and all who have come to some understanding. One aspect of this understanding demands that money be used effectively and rightly. This means that it should be used to produce goodness, whether for short or long term purposes. It should not be retained just to produce more money. Even a small amount of good common sense can show the absurdity of the system based on “money produces money.” After a time of “the wealthy turning wealthier,” the consequences have to be paid. It first starts by the poor becoming poorer and then by the starving poor no longer tolerating the situation and so revolt. The third step is the wealthy discovering that money is not perennial. A portion of the wealthy people (their prestigious names need not to be quoted) organize the rescue and another portion (these are more anonymous) try to put their assets in safer forms, gold or whatever else.  Both have initiated action. Huge fortunes have been given away to the amelioration of the poor world, as well as an acceleration of greed among the second portion of the wealthy.  In the meantime, before approaching the final collapse of the world economy if nothing significant has occurred, humans become inhuman to each other. Ethics, which is said to be “the soul of theosophy’’ is distant, from the attitude of humans towards the environment, towards animals, and towards all other human beings. This state is called barbarianism.  And it is happening now!

The editor of Theosophy Forward wants the writer to offer a healing solution.. Since the writer has just a small voice, the voice of suggestion, it says “Let’s consider, each one for oneself, how one can deal with this.”

In order to heal the disease of “money producing money,” one mild solution is to use accrued interests to produce goodness. Obviously this action cannot suddenly heal the system, yet it would work as a filter and a brake on the present system. Above all, one should not hesitate to use the principle to produce goodness, whenever necessary. Use the money rightly— in accordance with the law of ethics—and abstain from hoarding. This ought to be a motto for those who claim to be theosophists.

Since the structure of the economy of today is based on consumerism, the only solution is to abstain from consuming thoughtlessly. Thoughtlessness prevents one from seeing that consumerism makes oneself a slave to the system. Getting things according to one’s real need and not according to one’s wants, one learns to be watchful to discriminate as to what is one’s real need and not the need created and imposed by the system. This ought to be a discipline to all students of theosophy.

And eventually, due to one’s pedagogical role, one should try to increase awareness of the majority of people about the perversion of the system. This hopefully might rally more and more responsible minds to the human community. The only purpose of all actions is to save the whole world from a final global collapse, and by doing so, to earn not money, but more responsibility guided by the spirit of sharing.

Being firmly convinced that great things are always prepared on the subtle levels well before their precipitation on earth,  I should like to share with the readers— including fellow-Theosophists—  these ideas so that by our united thinking action, the worst could be avoided, because we all are convinced that “Ideas rule the World.”