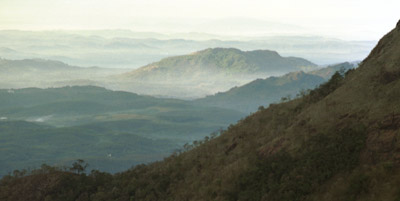 Albert Schweitzer mentioned seven rights for every human being (food, water, shelter, etc.) The seventh was education. Every human being needs education as much as the other six essential rights. Education is as important as any other life sustaining need.

What is education? Each person on the planet probably has his own answer to that question. Does education mean the same as amassing knowledge? Aristotle and Plato differ fundamentally about that. Aristotle maintained that we come into this world an empty vessel and must be filled with knowledge. Plato, on the other hand, maintained that we come with a vast amount of knowledge that just has to be remembered.  After all, the word education means to draw out. Theosophists may favor Plato because he was an initiate and must know, but they also understand the principle of reincarnation, that we carry with us the faculties we have acquired from former lives. Through education the individual knows who he is, why he is, and what he has to do. He sees his place in the great scheme of things, the unfolding of life in all its complexity and ecosystems. He realizes that one voice can make a difference, but many united can make all the difference in the world. All this drawing out does not mean that new advances in math, science, technology, and the arts are not provided. The difference is the way in which the teachers present this information. The focus is on the individual. Unfortunately, Theosophists are in the minority. In the United States we have Montessori, Krishnamurti, and Steiner (Waldorf) education schools, to mention three, but compared to the vast number of the population, these schools reach very few. We can all hope that the students who receive Plato’s idea of education will be the ones to make those positive differences. Good education can only provide the foundation for the future, prepare fertile ground for the seeds to grow. As Krishnamurti said, all change must start with the individual.

What goes on in all the other schools? Huston Smith mentioned in a talk he gave at Ojai, CA, that the Aristotelian ideas dominate Western religion as well as Science. We can see why, then, it dominates our teaching. (I deliberately use another word than education, for what we have here does not draw out, but fills in.) Why, we may ask, has the Aristotelian view so dominated Western humanity? The root cause could be fear, a fear of a loss of power or control from the early church leaders, or a fear of the unknown. When we draw out we don’t know what we’ll get; but when we pour in we hope to control the outcome. Winston Churchill hit the nail on the head when he said, “we have nothing to fear, but fear itself.” This type of fear is more invasive than the adrenalin producing fight or flight kind. This fear can dominate all our thought and action if we aren’t paying attention. I mention this only so we become aware of and consider who is giving us instruction, and why. We can now look at education, but with a more attentive eye.

From my corner of the world education is rife with problems. The fierce competition in every aspect of it comes immediately to mind. Schools organize contests of one sort or another in almost every grade mostly based on how much of the poured in information has been retained. Memorization just fills the intellectual mind with facts; it doesn’t nurture intelligence. Some schools give awards each year, sometimes for the most trivial ideas, so as not to leave any child without one. At least this shows some concern on the part of some organizers. Teachers and administration rank students according to their test scores. Even though studies show that test scores are not indicative of all our ability, the focus in the early schools, the formative years, concentrate on this. Why should we always have to compete, to be better than someone else, or in another reference the same as everyone else? Each individual must come into his own self. What about instilling a sense of personal satisfaction for grasping a concept, completing a study, or mastering a task? In sports athletes are told to focus on their personal best, even though there must always be a winner. We need a reward, and we have to compare ourselves to everyone else. As Theosophists, we know this isn’t right. Society teaches us to be concerned that someone else is going to have something we don’t, and then we become anxious. We learn competition from a very early age. Of course, we hear that we benefit from healthy competition, for it encourages students to try harder. Too bad it doesn’t always work that way. I’ve seen too many examples where this has the opposite effect. When we read what Krishnamurti wrote about education, we understand that no competition is healthy. Competition breeds conflict. It can also start a lack of respect for others who don’t seem to measure up to the top scorers. We have enough examples of where a lack of respect can lead. It’s contagious; it can breed lack of respect in general, for the environment, society, authority, etc.

If competition is not good for some students, but it is encouraged, doesn’t this say that schools don’t focus on the individuals? In classrooms with a large number of students, (and they’re getting larger because of additional funding cutbacks), the teacher usually doesn’t have time to consider each one. The information is “poured out” and if a student doesn’t get it, it’s the student’s fault. We Theosophists know that where there’s interest, learning follows. Many teachers don’t consider that part of their job is to create interest. The schools have their requirements, specific subjects or materials that must be covered. Teachers must submit lesson plans that should be completed.  A teacher can’t afford to fall behind. That wouldn’t be good for the teacher or the school, since here also there is rank. One has to maintain the reputation or improve it. I’m sure we’ve all had the experience of trying to explain something to someone who doesn’t seem to get it. Is there something wrong with that person, should we shrug our shoulders and forget about it? Or is there maybe another way to phrase our thought to make it intelligible? This takes time, but it’s time that is important for the individual. There is nothing like witnessing the “ah ha” moment of a student’s reaching understanding. They radiate happiness.

Another consideration concerning the individual involves special classes. This is a quick solution, but at what cost? If a school has a specified number of students needing special or remedial help, it can receive available grants to make the class possible. This also means labeling and separating the students who need the extra help. Sometimes it could also involve adding some “borderline” students, who don’t really need the program, in order to make the quota. These labels create a stigma that can actually reinforce the problem instead of helping it. Some of these students are as intelligent as the others, but have histories with emotional kinks that should be addressed. All they need is someone who cares, not another label to lessen their incentive and continue to hinder them. I’m also including gifted students in the separation and labeling with the attendant problems. We hear so much talk these days about right brain/left brain people. But in the case of learning, it really matters. So why don’t our schools consider this? Our “education” departments set up schools with provisions for linear thinking, a decidedly left-brain function. What about the spatial right brain students? The teachers may consider them “slow,” or problems, when many of them are just bored without an access of engagement.  In fact many of our schools have eliminated art (and music) altogether, for they feel it is unnecessary, thus further alienating spatial thinkers. Not all teachers feel that way, but all schools have to operate within a budget. Therefore the school boards eliminate the “unnecessary”. So not only the spatial thinkers suffer, but the whole student body, because the whole person is not addressed.

Teachers can also have a tendency, like all of us, to judge without having all the information, an activity that is more easily entered upon when all students are fed the same material. The judgments referred to here are other than the special cases mentioned before. These snap judgments usually border on being serious, but I’ll give one funny incident to illustrate this for my fellow Theosophists. A teacher of first grade, otherwise exceptional, gave the same work sheet to all the students. It had two columns of pictures for the students to draw lines between the sets of related pictures. One picture was of a roasting pan, another a ham, while the other pairs were pretty straightforward. One little girl, a vegetarian, had never seen a ham, had no idea what it was, so couldn’t connect the lines. This confused her so much she didn’t know what to do and made a mess of it. The very concerned teacher spoke to the parent about the problem with the child. The parent looked at the paper and started to laugh. This shocked the teacher, but as soon as she heard the explanation, she laughed too. She said she would be more attentive to the work sheets in the future.

All of these problems go hand in hand with the Aristotelian form of teaching. If we could have the opportunity to have real Platonic education, many of them would disappear. Unfortunately our “education” is at the mercy of politics/funding, economics, committee, and in some cases religion. We need not address these subjects here, for we all know their consequences. But subjecting every student to the same material limits the quality of instruction. Institutionalized programs limit what is taught, and can become narrow and generic. Students may also develop the tendency to try and give the teacher what they think he wants, rather than thinking for oneself. Institutionalized education can leave the door wide open to trends, which put the students’ interest at risk to someone else’s bright idea. Admittedly, some schools try to make up for this by having after-school programs, or clubs. The information provided within these situations far outstrips that in the classroom, for there is more personal interest, and personal experience. We learn best when we have experience, but it is infrequent in the classroom. Unfortunately all schools may not have the opportunity for after-school programs or experience in the classroom. I guess we see no mystery why we have a rise in home schooling.

There is one more problem affecting our children’s education. Slowly, over the years, we can see a growing trend in generally not respecting our teachers as much as before. This could be tied to politics, but also to a false rumor carried to the population with more access to media, that if one can’t do anything else, one teaches. Luckily this idea doesn’t affect the naturally born, not trained, teachers whose creativity and dedication cannot be swayed by public opinion. These individuals have a calling that overcomes obstacles, a knowledge that without quality in education our future as a society is bleak, a compassion for everyone, and a sense of duty that borders on self-sacrifice. The false rumor does affect the attitude of the students toward the teachers and education in general, and those responsible for policy making and funding. All this precipitates from conflict, comparison, and fear.