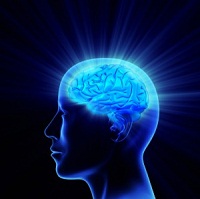 Briefly, a North Carolina former school science teacher created a device that can detect electrical pulses from the brain that are transmitted to the skin throughout one’s body and reflect concentrated thought processes. The device is attached by a strap to one’s arm, for example. Then, when we concentrate our thoughts, thereby increasing the prominence of beta waves that the brain is sending through our central nervous system and into our skin, the device picks up those waves and sends the information to a computer, which can be programed to perform various operations when our brain-wave information reaches it.
For example, at a nuclear power plant near Toronto, Canada, the plant’s manager demonstrated the use of the technique to open and close valves on the power plant that would control water and pressure to make safe use of radioactive material. The manager did not touch the valves physically, but operated them solely by concentrating his mind. This is a clear case of mind over matter!

The Master K.H. quoted the Mahachohan (in Letters from the Masters of the Wisdom, first series, p. 2) as saying, “The doctrine we promulgate being the only true one, must . . . become ultimately triumphant.” The above report on the power of thought to control matter seems to be a step toward such triumph.