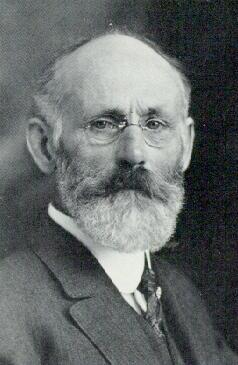 Selling their business in Montreal, Crosbie and his partner went to Boston, and started a shoe and leather manufacturing business. It became well-known and was highly respected. In 1888 he heard of the proposed establishment of a branch of the Theosophical Society in Boston. As the word Theosophia suggested interesting things, Crosbie went to the first meeting. He recognized at once that this was what he was searching for, and he immediately joined the TS on June 5, 1888.

In 1889, Crosbie was elected Secretary of the Boston Branch of the TS. When a Mr. Griggs retired as president of the Boston Lodge, Crosbie was elected as his successor. In 1895, he helped to organize the eighth convention of the American Section of the TS in Boston. At this convention the American Section passed resolutions transforming it into an autonomous Theosophical Society in America, separate from the parent Theosophical Society headquartered in India.

William Q. Judge died in 1896, and Katherine Tingley succeeded him. She asked Crosbie to come and work at Point Loma in 1900. However, in 1904, after disagreements with Tingley, Crosbie left Point Loma. He and his wife rented a house in South Pasadena, and he began to work as a bookkeeper for the Los Angeles Times.

In 1907, Crosbie and seven others decided to form their own organization, based on what they understood to be the original principles and program of the Masters, which Blavatsky and Judge had embodied practically during their lifetimes. The new group was designated an association and named the United Lodge of Theosophists. As they thought the term "member" had been politicized and abused, the Declaration of the ULT used the term "associates." "No formal bond existed among the Associates of the United Lodge of Theosophists other than the Declaration, the sole object being the study and dissemination of Theosophy pure and simple" (Theosophy 23:102). Crosbie stressed impersonality and anonymity to protect the work of Theosophy and to help shield the associates from ambition. In November, 1912, Theosophy Magazine was founded, with Crosbie as chief editor, a post he retained until his death in June 25, 1919.

His publications include The Friendly Philosopher and Answers to Questions on “The Ocean of Theosophy.”

We have 171 guests and no members online