An experiment of the Theosophical Society in Israel in offering some Theosophical principles to the public in simplified and practical form.

How We Create the Difficulties in Our Lives 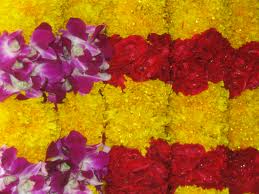 Thoughts and emotions are the basis for all our actions and deeds – "The final result begins with a thought.”

Everything we create is created first in our thoughts. Thought is the drawing board for planning a house and without it we couldn't even raise our arm. All the creations we see around us (table, airplanes, houses, paintings) are all the result of thought.

We are the product of our thoughts – “You are your thoughts.” All our habits are products of firmly established thoughts. Thoughts create our character. Our thought patterns influence our bodies' state of health. The way we perceive events in our lives causes us to be happy or, on the contrary, to suffer. When we think negative thoughts, suffering follows us "like a wagon follows a horse.” When we think positively, joy accompanies us. 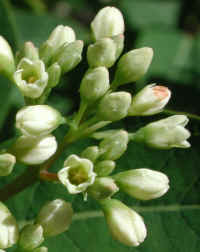 Thoughts are powerful creators of our reality and experiences

The objective of today's lesson is to become aware of the power of thought – and to learn how to direct our thoughts to positively influence the quality of our lives. How does thought influence our everyday behavior?

Thought patterns create behavior patterns. "The world is what we think it is," says Serge King in his book, Imagineering for Health. To understand this idea, we must differentiate between fact and opinion. A fact is something that influences all people (life, gravity, natural disasters, birth, death, earth, air, heat, cold, electricity, etc.) Facts are things that are – and there are relatively few. Facts are not changeable! They can be maneuvered and used but they cannot be changed.

Belief or opinion is an idea about a fact, an interpretation we give to the fact. Our beliefs (thought patterns or the way we perceive reality) are formed after events – primarily those that took place during childhood – and afterwards they influence how we view our lives. We internalize this interpretation and it becomes fact for us. The moment we internalize the interpretation it is imprinted on our subconscious and becomes a guiding belief (as though it were a fact). 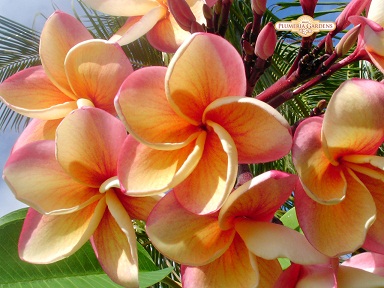 Beliefs continue to influence us as long as we accept them and believe in them. Our opinions and beliefs have great power since our opinions about life determine how we feel, what we do, what our relationships look like, etc. Opinions and Beliefs are different from facts in that they ARE CHANGEABLE. When our opinions change, our experience of the facts also changes.

Let us test this with an exercise:

Let's propose different opinions regarding a particular fact, for example – Life is a fact. Opinions or ideas about life can be "Life is hard." What other opinions or beliefs are there about life?

Every opinion/belief determines the experience of its owner. If our beliefs about life are actually the lenses through which we view the world, then this is the connection formed between life (the fact) and our opinion of it. Our opinions don't let us look freely at what is – we see only what is compatible with them. Moreover, we receive confirmation from our surroundings about the way we relate to the events in our lives because we seek them.

Everything that we believe and feel strongly about attracts what we believe in – for good or for bad, and brings it to us. Frequently, people are not aware of their beliefs nor are they willing to admit that it is so. However, one's beliefs are expressed in one's life, like the examples you brought up. It is also important to note that people can camouflage behavior patterns when they know that they are not acceptable or popular behavior patterns.

We create our beliefs, establish them and they turn into behavior patterns. How does this happen?

We give enormous strength to our beliefs by repetitive thoughts and ignoring what doesn't suit our view of reality. For example: A teacher shows two children that they failed a test. One child doesn't practice, study or receive support at home, accepts that failing the test means he is a failure and this stays with him his whole life. Each time he faces a challenge – he already "knows" that he has no chance of succeeding and behaves accordingly – as a loser. The more frequently the belief in being a failure arises from the subconscious, the stronger it becomes and turns into reality. The second child has a good opinion of himself and believes in his abilities. He associates his failure on the test to the fact that he didn't study enough and was unprepared. He will also come to conclusions – to study more for the next test. 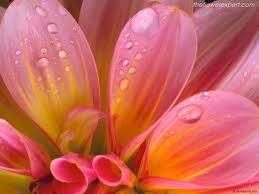 Beliefs are instructions for our subconscious that awaken the behavior patterns that direct our lives. When we are in the midst of some incident that awakens a belief "program" that is imprinted in our subconscious, behavior patterns erupt as if we are on automatic pilot. If our thoughts are positive – that's great. We are healthier, happier and more successful.  On the other hand, negative thoughts weaken us and are not beneficial. We DO NOT HAVE TO keep these negative, harmful thoughts. Since WE CREATE our beliefs and thought patterns, WE are the ones who can CHANGE them.

How can we help ourselves and improve the quality of our life?

Here are some examples:

- If your health is poor, look for beliefs that interfere with your getting better. For example, "When you are sick you receive more attention and affection" or "Illness releases you from responsibility" or "Life is suffering – My life is terrible" - A person who lives a life of economic difficulties apparently has beliefs that prevent him from earning money, for example: "I am a failure and can't succeed, so why bother to try..." Time is money. Since time is limited, so is money. Conclusion - it doesn't matter how much I work, I'll never have enough money..." or "I am a good person and money is bad..." The thought that money is bad causes unconscious actions that prevent us from earning money.

- An old acquaintance passes me on the street and ignores me. If I believe that he did this on purpose, it will hurt me. But if I think that he simply didn't see me...it won't.
Problems are caused by opposing ideas. One idea that causes most of our problems is based on notion: "should be" which is different from what is. A conflict is created between the desired outcome (what SHOULD BE) and what usually happens (WHAT IS). This conflict creates tension and a lack of satisfaction. For example:

- A mother believes that cleaning the house is not pleasant (a belief that she indirectly passes on to her daughters). On the other hand, she also believes that her children SHOULD keep their rooms clean and orderly. The children don't straighten their rooms and the mother is frustrated since things aren't as they SHOULD BE. She is not aware that her beliefs about housework were transmitted in her own behavior and are contrary to her demands from her children. She is the source of her lack of satisfaction. 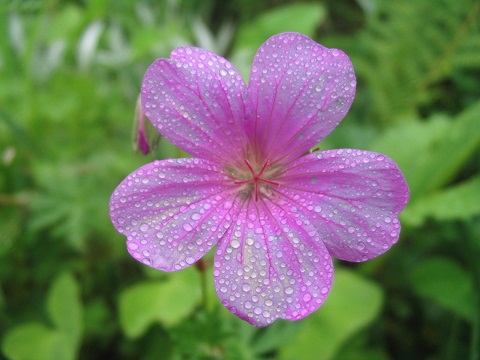 Let's examine ourselves for a moment. When I use the word "should", does it cause me to contract or expand? Generally, when we say SHOULD tension forms, which expresses a dissatisfaction resulting from the gap between what is and what we think SHOULD or NEEDS to be done.

SHOULD BE has the power to negatively influence our health and effectiveness in all areas of life. One of the most frequent SHOULD BE ideas is expressed in shouting "It’s not fair". The belief behind that feeling could be that "Life SHOULD BE the way I want it to be." What do you think of changing the belief to "Life CAN be what I want it to be"? The first defeats positive efforts, the second encourages them.

After attempting to identify beliefs in another, can you examine and identify your own beliefs. It is very important to adopt 'inward observation' as a part of your lifestyle.

The process of releasing beliefs is composed of the following elements:

1. Avoid nourishing the belief that you want to release. Be alert to what happens within you when you allow yourself to be pulled back into defective patterns.

3. Assimilating the new positive thought pattern in our subconscious enables new behavior patterns. How do we assimilate? In a relaxed or meditative state we re-experience various aspects of the new belief as though they were occurring just now. We do so with focused intention combined with intense positive emotions to awaken the desire for the change to succeed. At the same time, in our everyday life, being aware of actions that reflect our new beliefs is important and the repetition reinforces and empowers us.
Repeating the belief can be done in several ways:
- We can repeat this process in a relaxed or meditative state when the subconscious is more open to change.
Or:
- We can breathe in the new, positive belief 10 times a day for at least 21 consecutive days. Before sleep we breathe in our affirmative sentence into us. Afterwards we remind ourselves of the beneficial belief regularly – in moderation, without overdoing it.
Note: Excess can lead to fixation, which can cause the new thought pattern to enslave us. We can create new positive thought patterns but should never become enslaved by them.

4. Assimilating new behavior patterns:
- Choose a negative habit (behavior pattern) that you want to change
- Define a positive habit in its place
- Behave according to its definition for 10 days and think intentionally and with emotion – how the previous habit was bad and harmful and how good, pleasant and beneficial the new habit is.

5. Guided Imagery Work:
Meditation facilitating the change process (approx. 15 minutes)
-We choose a characteristic situation in which we frequently find ourselves and which ends in an unpleasant feeling that we want to change.
- See the frustrating situation using your imagination, feel it as it happens...
- In the relaxed or meditative state, we repeat softly, within us, for a few minutes the affirmation or new positive belief, that we formulated before, letting it sink into our subconscious.
- Imagine the situation differently – positively... with all those involved acting with good will and brotherhood, all those involved leave the situation feeling rewarded... Feel the feelings of joy that the change arouses in us. We sense the sweet joy of success within us. 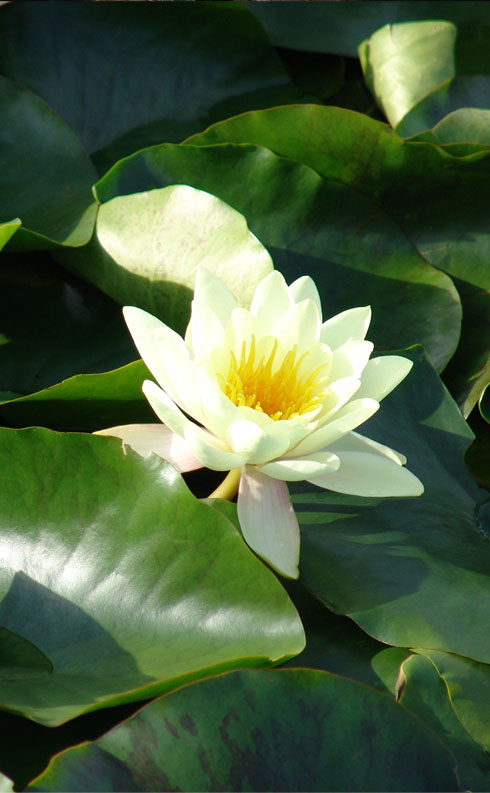 Anchoring the influence of meditation and a summary of insights from the lesson. (5-7 minutes)

It's a good idea to repeat this meditation several times until you see a difference in how you relate to the situation you worked on...like other situations in your life. It is important to emphasize that this is an experience that is contrary to our past experiences; we imprint it into our subconscious with feelings of joy.

Everything we believe in and give emotional strength to attracts what we believe toward us. Thought, desire and passion create opportunity – when we believe we are worthy of something, we will succeed at it. The release of beliefs is a process that demands focused intention and time because beliefs from the past still work on us. It is very important not to be disappointed if the change is not immediate, and to continue working as we learned.

Unless our hearts are throbbing with sympathy, unless we feel as they feel, and see as they see, we cannot help people. For we do not help them from outside but from inside, as we enter more and more into their hearts and minds, and live on that plane whence we can, in some proportion, pour our strength into them and enable them to share in that which we have achieved. - Annie Besant

We have 549 guests and no members online