The TOS in Finland is one of the most recently formed groups. It started in October, 2008 with great enthusiasm and in just over one year, has already taken up the challenge of supporting two projects. “We have also developed an introductory leaflet to explain the TOS’s work and spiritual basis,” writes Marja Artamaa, the group’s international contact person.

The group’s main project is a children’s home in southern Finland entitled LOP (Lasten Oma Polku – Children’s Own Path). This home has only recently been established and its principal organiser is Finland’s TOS Coordinator, Mrs Leena Jussila. Although it is entirely independent of the Theosophical Society, the children’s home is based on theosophical values.

The second project supported by the TOS in Finland is the new Krishnamurti School situated south of Chennai in India. The group is raising funds to help with the cost of installing an eco-friendly sanitary system in the school.

Over the past year members have been energetically raising awareness about these projects and holding and planning fund-raising events such as jumble sales, puppet shows and markets. Recently they arranged a most successful TOS Autumn social evening, ‘TOS-Syysiltamat’, of music and drama. It not only provided wonderful entertainment, but also introduced patrons to the TOS, promoted the children’s home and the school and enabled the TOS group to make donations to these two projects.

At the end of their busy year, these TOS members are not resting but are organising a Christmas bazaar with a wide variety of hand-made items such as icons, cakes, Christmas cards and decorations for sale.

Congratulations to the TOS in Finland – a small group with big ideas, boundless energy and a promising future.

TOS members, performers
and friends at the
TOS-Syysiltamat. 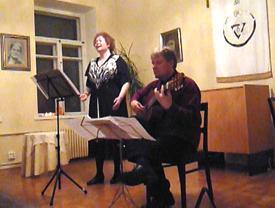 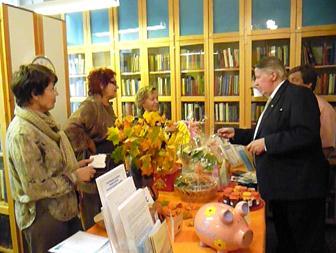