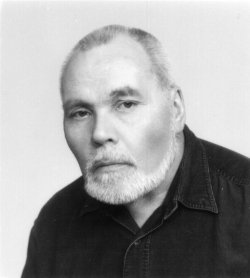 I remember Henk Spierenburg very well. It must have been around November 1996 when I last met him. As sound technician and floor manager I had been occupied recording the morning session in the Besant Hall, during an activity at the International Theosophical Centre in Naarden, Holland.  Henk, who was the main speaker that morning, gave a most unusual but very interesting talk about H.P. Blavatsky and her passion for opera.  After his talk, while most participants rushed off for a coffee break, Henk came up to me with a big grin on his face and asked: “Did you write that article about Karma Yoga for Theosofia?”  (Official magazine of the TS in Holland) When I confirmed he said: “Not bad, not bad at all . . . but next time you must do your homework a little better”. I don’t recall the exact details, but apparently I had made an error somewhere, making a reference to something another author had said on the subject. This approach was typical for Henk; he would not spare you, and go straight to the point, but always respectfully and with the objective to help, to find your way.

Henk was a deep student of the work of H.P.B, who he invariably would call ‘Mevrouw’ (Dutch for Mrs.) Blavatsky, and his exceptional knowledge of her complete oeuvre earned him a reputation the world over. For those who study H.P.B., in particular his books that were published by Point Loma Publications contain an invaluable source of information.

In the Dutch Section of the Theosophical Society, Henk Spierenburg was admired by many and feared by some even, because of his straightforwardness and no-nonsense approach. He was not at all impressed with titles or positions, but would search for someone’s true motives and carefully observe one’s actions instead. He was an outstanding scholar, a gifted speaker with a great sense of humour, but also a philanthropist. During my year working at Adyar we corresponded a lot, and at one point he started sending books he felt I should read. Not only did he send those books, which must have cost him a fortune, but now and then he would also add a note of fifty Euros to the parcel, with a short letter saying: ‘buy yourself a cup of coffee somewhere in Chennai’. Well one can imagine how much coffee one can buy in Chennai, for fifty Euros . . . .

Very unexpectedly Henk passed away on the day he had planned to give his very last talk, March 5, 2005. Shortly after his death, and in collaboration with his widow Jantine Spierenburg -Hos, Katinka Hesselink wrote an obituary. I am very grateful to both Katinka and Jantine for giving permission to publish it in a slightly edited version on Theosophy Forward:

Henk Spierenburg was a unique figure in the Dutch Theosophical Movement. Around the world he is mostly known for the books he produced over the past 20 years, based on the work of H.P. Blavatsky. In Holland he was also known as a public speaker who was very familiar with all the various theosophical organisations. I know of no other theosophist who was respected by and welcome as a speaker in all theosophical groups. For him the theosophical cause came before sectarian differences.

Henk Spierenburg was born on the 24th of January 1934 into a communist working-class family in The Hague. His father was a road mender and had a small firm of contractors. When he grew up, Henk helped out with his father’s administration. The Second World War had a great impact on his childhood. After primary school he went on to learn how to be an instrument builder.

In September 1949, he started working when he was only 15.  It was, as was usual in those days, a 49-hour working week with unpaid overwork. He became a civilian in the navy (later the defence office) for a meagre sum. For a long time he worked on repair and maintenance of Marine and Air-force instrumentation, repairing parts, cutting lenses, and setting mirrors on objects like periscopes for diving vessels.

To get ahead he studied intensively by taking evening classes, straight out of work, armed with a stack of sandwiches, as there was no time for a hot meal. This went on three nights in a row, until 10 pm, and then homework.

In that period he first came in touch with the work of Madame Blavatsky. She would haunt him for the rest of his life.

His work in the navy slowly changed in character, and in January 1968 he resigned because he had found work that better suited his talents and disposition. It was a simple part-time administrative job, so he had more time for the things that mattered most: studying, lecturing, and publishing a monthly magazine named Lucifer, which he had launched with the support of some friends.

At the time he was also active teaching some Young Theosophists – in Dutch ‘het klasje’ (the class) – in Amsterdam. He also lectured a lot, among his subjects was Tolkien’s very popular trilogy The Lord of the Rings.  It was a hectic period during which he also met his wife. She explained that she was summoned by Henk to The Hague through telegrams, while envelopes of money appeared, so that she could afford the journey. More on Henk’s giving disposition below.

He climbed up from office clerk, working for an insurance firm, to “ICT-manager” (information and communication technology, although the title was different back then).  He had final responsibility for modernizing and computerizing the police administration.  Up to three times he had to clean up after failed ICT-projects. He operated at a high level in that environment.

He retired at the age of 60 so that he could devote all his energy to theosophy, especially writing books. Something special took place at that time: Henk went to California for one week. For those who knew him this was an important step, because Henk avoided travelling. To go to Amsterdam was like travelling the world to him. The reason for this trip was that he really wanted to meet his publisher in Point Loma, the elderly gentleman Emmett Small. Contacts with this publisher meant a lot to Henk: finally his work could be published in books. The support and corrections by Emmett Small remained business-like and aimed at a good book, without limitations to the author. Until the death of Emmett Small, Henk remained faithful to him as the publisher of his English work. Once the first books had been published, he also wrote books for Ankh-Hermes, a Dutch New Age publisher. These books were usually a little lighter. (#)

Henk died of medical complications when he broke his hip after a biker hit him while walking. In the hospital his doctors inserted a pin, but unfortunately the pin broke, and the wound caused by the fracture got infected. He died of the infection on March 5th, 2005. The whole process took about a month. His cremation was on March 11th.

Henk was a very special man, not one for ceremonial relationships; he was always direct and very outspoken. He worked for the cause, not for people. Once he refused to come running for Rukmini Devi, who, at the time, was the head of the International Theosophical Centre in Naarden. Henk: ‘If she feels she needs to speak to me, well, I live in The Hague – the Koninginnestraat’. Another side of him was his generosity. He stood up for and defended the lower-class homeless people, who usually got a few Euros. In a few cases, with the help of his contacts, he exposed certain actions of the police towards the homeless (he was proved right).
Towards theosophists he was especially generous with books, including the writer of this article. When he was done with the subject, Henk donated his library of Rabbinica/Judaica to a kindred spirit. He also donated books to many other people. His sole objective was to help those who didn’t have much money themselves, so that they could do something useful with the books.  He had experienced for himself how frustrating it could be to have financial limitations.

Henk was so unattached to decorum that now, some years after his passing, it is still hard to determine what diplomas and titles he had obtained (%). For someone of his generation, he contributed a lot to his household. He always did his own ironing and he and his wife took turns cooking.

(%) The papers haven’t yet been found in his estate. He didn’t study because he wanted the titles, but because it was the only way to get the academic world to take him seriously. He got a master’s degree in math. He studied with the Jesuits and turned in a paper (*). This led to the title of Magister (Mag.), but he rarely used it. It is equivalent to a master’s degree. He had also attained the title of Engineer through a somewhat unusual route. His employer got him into the register. That was probably in his navy-days (according to his widow). He mastered Greek and Sanskrit through private tutoring.

(*) ‘De 45 voorchristelijke messiassen.’ In English: ‘45 Pre-Christian Messiasses’. It should be in the Kun Library of the International Institute of Social History in Amsterdam, but attempts to bring it to light have failed so far. Henk no longer possessed a copy.

Originally the article was published here:

We have 301 guests and no members online