A Warning Addressed to All Esotericists 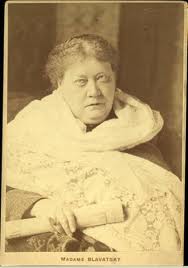 There is a strange law in Occultism which has been ascertained and proven by thousands of years of experience; nor has it failed to demonstrate itself, almost in every case, during the fifteen years that the T. S. has been in existence. As soon as anyone pledges himself as a “Probationer,” certain occult effects ensue. Of these the first is the throwing outward of everything latent in the nature of the man: his faults, habits, qualities, or subdued desires, whether good, bad, or indifferent.
For instance, if a man is vain or a sensualist, or ambitious, whether by Atavism or by Karmic heirloom, all those vices are sure to break out, even if he has hitherto successfully concealed and repressed them. They will come to the front irrepressibly, and he will have to fight a hundred times harder than before, until he kills all such tendencies in himself.

On the other hand, if he is good, generous, chaste, and abstemious, or has any virtue hitherto latent and concealed in him, it will work its way out as irrepressibly as the rest. Thus a civilized man who hates to be considered a saint, and therefore assumes a mask, will not be able to conceal his true nature, whether base or noble.

THIS IS AN IMMUTABLE LAW IN THE DOMAIN OF THE OCCULT.

Its action is the more marked the more earnest and sincere the desire of the candidate, and the more deeply he has felt the reality and importance of his pledge.

Therefore let all members of this School be warned and on their guard; for even during the three months before the esoteric teaching began several of the most promising candidates failed ignominiously.