Some Possibilities for a Better Spiritual Future 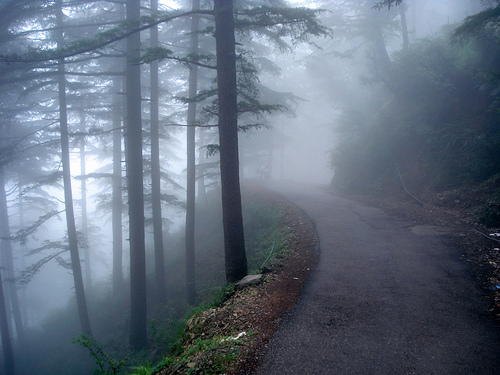 In considering the condition of the world and what can be done to make it a better place with a better future it will help us to consider Plato’s famous observation “Ideas rule the world”  and the lesser known “Motive is everything” by the Mahatma KH. Together they reveal how our thoughts and motives guide and direct the results of our lives individually and also collectively as humanity.  It is important to realize that our thoughts and motives interact upon each other to take us consciously or unconsciously in the direction they create. Our thoughts and values give rise to our motives which in turn give rise to other thoughts to achieve the objectives of our motives. There is a cycle of thoughts and motives which feed upon each other forming the direction and outcomes of our lives.

Today there is an ever increasing materialism in the main current of human thought. It is perhaps most prominent in the overriding objective of increasing economic growth and gross national product. This is seen as the precursor or basis for any government policy. Economically I do not deny there are strong and logical arguments for this approach. However, taken to its extreme where everything is valued on lowest cost for governments and maximizing profit for private companies the consequences are often regressive for humanity and nature.

A very worrying example of how commercial interests are put before individual human rights and also common sense and decency is the recent decision taken in Brussels by the European Union to allow the sale of meat, milk and dairy products from the offspring of cloned animals. Although the vast majority of the members of European Parliament who are elected by the people voted against it the European Parliament was overruled by the Commission which is unelected and represents the European governments. Furthermore the moves for compromise by the European Parliament to at least have the products from the offspring of cloned animals labeled so that consumers have the choice whether to eat it or not was also not allowed, it being deemed too expensive for the producers. This means that meat, milk and dairy products from the offspring of cloned animals will now begin to flood into European supermarkets without the consumers knowing it and/or having a choice. The long term effect of humans eating products from cloned animals or their offspring is not known. This is particularly important because it appears that according to Theosophical teachings the evolution of animal bodies is connected to that of human bodies.

Another important moral and ethical issue is that cloned animals reportedly suffer much more than normal animals.  A Royal Society for the Protection and Care of Animals spokesman said: “We are totally opposed to cloning for food production on animal welfare and ethical grounds. Cloning has huge potential to cause unnecessary pain, suffering and distress which cannot be justified by purely commercial benefits.” Compassion in World Farming accused British ministers of “shameful hypocrisy” for supporting clone farming while claiming to champion animal welfare. Policy director Peter Stevenson said: “The Government seems determined to foist food from clones and their offspring on to consumers’ plates. A significant proportion of clones die in the early stages of life from health problems such as cardiovascular failure, respiratory difficulties and immune system deficiencies.” The lack of research into the safety of cloned produce has been well documented by British and European scientists.

Although politicians make promises such as to give people more choice, in practice these promises are very often overridden by the predominant ideas that economic growth and reduction of costs for manufacturers offer greater wealth and hence wellbeing than other considerations. However, consciously or unconsciously the close ties between political parties, politicians and even government departments and large commercial interest groups representing big business also serve to distort politicians motives away from putting the benefit and rights of people first in favour of big business.

So long as the majority world view is one of a material life here and now with perhaps a spiritual existence afterwards (for those who still have religious beliefs) it will be very difficult to turn the thinking and motivation of humanity away from short-term material benefit and individualism.

In hoping to play a role in the reversing of this increasing trend to materialism Theosophy can help if presented in a clear way focusing on its essential principles. In an article in the Collected Writings No 13 P102/3, also in this edition of Theosophy Forward, H. P. Blavatsky argues that the trend toward materialism can only be prevented by:

“The spread of the knowledge of the laws of Karma and Reincarnation and of a belief in the absolute spiritual unity of all beings will alone prevent this drift. The cycle must, however, run its course, and until that is ended all beneficial causes will of necessity act slowly and not to the extent they would in a brighter age.”

Only through a change in world view from a material to a spiritual one can we hope to change humanity’s dominant thought patterns, values and motivations which will lead to a better future not only for humanity but also for nature. Central to this change are the above key themes: the absolute spiritual unity of all beings and the spread of the knowledge of the laws of karma and reincarnation.

If we return to my above example about products from the offspring from cloned animals what might have been the resulting approach based on a spiritual perspective by politicians, scientists and the farming industry? In the first place it is likely that the cloning itself would not have gone ahead since there would have been an understanding that all beings including animals are part of an inseparable spiritual unity and that what affects one affects all. Furthermore, that all of life is evolving to an inherent evolutionary plan, guided by the law of karma and thus we would not try to interfere with it. Even assuming that the depth of understanding was not such as to prevent cloning then the knowledge of everyone’s individual responsibility and hence right of choice would surely have resulted in the products being labelled.

Considering the ideas/world views build on materialism and the resulting motive to maximize material and individual benefit these would also gradually slacken and diminish as we understand that it is the evolution of our spiritual nature in line with universal law that is the most important. This, together with an understanding that through the laws of karma and reincarnation we reap what we have sown in this and future lives individually and collectively and that if we interfere with nature now we affect the state of the natural world in which we will have to live not only in this, and, but also in future lives. Gradually our thoughts and motives would move in a positive cycle aligning with universal law and purpose opening up as yet un-thought of possibilities as we move toward a new and brighter spiritual future.