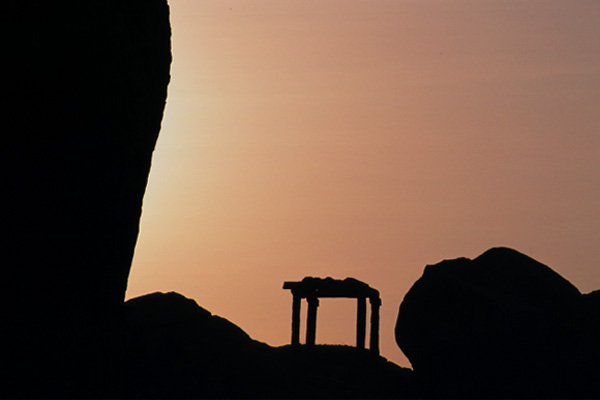 112.    Yea, ignorance is like unto a closed and airless vessel; the soul a bird shut up within. It warbles not, nor can it stir a feather; but the songster mute and torpid sits, and of exhaustion dies.

113.    But even ignorance is better than Head-learning with no Soul-wisdom to illuminate and guide it.

114.    The seeds of Wisdom cannot sprout and grow in airless space. To live and reap experience the mind needs breadth and depth and points to draw it towards the Diamond Soul.4 Seek not those points in Maya's realm; but soar beyond illusions, search the eternal and the changeless SAT,5 mistrusting fancy's false suggestions.

115.    For mind is like a mirror; it gathers dust while it reflects.6 It needs the gentle breezes of Soul-Wisdom to brush away the dust of our illusions. Seek O Beginner, to blend thy Mind and Soul.

116.    Shun ignorance, and likewise shun illusion. Avert thy face from world deceptions; mistrust thy senses, they are false. But within thy body — the shrine of thy sensations — seek in the Impersonal for the "eternal man";7 and having sought him out, look inward: thou art Buddha.8

117.    Shun praise, O Devotee. Praise leads to self-delusion. Thy body is not self, thy SELF is in itself without a body, and either praise or blame affects it not.

118.    Self-gratulation, O disciple, is like unto a lofty tower, up which a haughty fool has climbed. Thereon he sits in prideful solitude and unperceived by any but himself.

119.    False learning is rejected by the Wise, and scattered to the Winds by the good Law. Its wheel revolves for all, the humble and the proud. The "Doctrine of the Eye"9 is for the crowd, the "Doctrine of the Heart," for the elect. The first repeat in pride: "Behold, I know," the last, they who in humbleness have garnered, low confess, "thus have I heard."10

4. "Diamond Soul" "Vajrasattva," a title of the supreme Buddha, the "Lord of all Mysteries," called Vajradhara and Adi-Buddha.

5. SAT, the one eternal and Absolute Reality and Truth, all the rest being illusion.

6. From Shin-Sien's Doctrine, who teaches that the human mind is like a mirror which attracts and reflects every atom of dust, and has to be, like that mirror, watched over and dusted every day. Shin-Sien was the sixth Patriarch of North China who taught the esoteric doctrine of Bodhidharma.

7. The reincarnating EGO is called by the Northern Buddhists the "true man," who becomes in union with his Higher-Self — a Buddha.

9. The exoteric Buddhism of the masses: The two schools of Buddha's doctrine, the esoteric and the exoteric, are respectively called the "Heart" and the "Eye" Doctrine. Bodhidharma called them in China — from whence the names reached Tibet — the Tsung-men (esoteric) and Kiau-men (exoteric school). It [the "Heart" doctrine] is so named, because it is the teaching which emanated from Gautama Buddha's heart, whereas the "Eye" Doctrine was the work of his head or brain. The "Heart Doctrine" is also called "the seal of truth" or the "true seal," a symbol found on the heading of almost all esoteric works.

10. The usual formula that precedes the Buddhist Scriptures, meaning, that that which follows is what has been recorded by direct oral tradition from Buddha and the Arhats.