In the World but not of the World 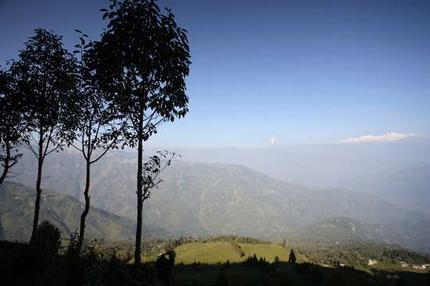 Many people, when they first discover Theosophy, subconsciously recognize it as something they have known before. The tendency is often to bury ourselves in study and contemplation to the point that we ignore what is going on in the world around us. It is quite understandable that, once we have found something concrete and more real and, therefore, seemingly more important than the everyday world, we gravitate towards that which has by far the most importance for us.

It is probably forgivable that we adopt such a way of living. For many of us, the latest iteration of the Ancient Wisdom seems very comfortable. We have probably spent a number of lifetimes in various monastic centers studying and meditating upon just such topics. We instinctively realize that, in order to further our spiritual development, we must give up, to a certain extent, our attachment to and involvement with worldly pursuits. However, old methods must give way to new, even in occultism. The old way of spiritual progress must make way for new ways of thinking. Longtime members of spiritual groups often bemoan the apparent lack of interest in younger people to join their groups. Yet, all too often, we older members have held on to very old ways of doing things and are ourselves out of touch with the modern world. The younger students often reflect much better than we do the incoming change of energy of the New Age.

So what is the proper attitude of Theosophists with regard to the outer world? Do we continue to ensconce ourselves in our study of The Secret Doctrine and let the rest of the world take care of itself? In her written address to the American Convention of 1888, H.P.B. wrote the following:

“Theosophists are of necessity the friends of all movements in the world, whether intellectual or simply practical, for the amelioration of the condition of mankind.  We are the friends of all those who fight against drunkenness, against cruelty to animals, against injustice to women, against corruption in society or in government, although we do not meddle in politics.  We are the friends of those who exercise practical charity, who seek to lift a little of the tremendous weight of misery that is crushing down the poor. But, in our quality of Theosophists, we cannot engage in any one of these great works in particular. As individuals we may do so, but as Theosophists we have a larger, more important, and much more difficult work to do. People say that Theosophists should show what is in them, that ‘the tree is known by its fruit.’  Let them build dwellings for the poor, it is said, let them open ‘soup kitchens,’ etc., etc., and the world will believe that there is something in Theosophy . . .  The function of Theosophists is to open men’s hearts and understandings to charity, justice, and generosity, attributes which belong specifically to the human kingdom and are natural to man when he has developed the qualities of a human being. Theosophy teaches the animal-man to be a human-man; and when people have learnt to think and feel as truly human beings should feel and think, they will act humanely, and works of charity, justice and generosity will be done spontaneously by all.”

Clearly, we are expected to be aware of and concerned with the outer world, but just as clearly, we are reminded that we have more important work to do than to attend to the world’s physical and emotional needs. Perhaps we fail to realize just how much we influence the world around us by our very presence and by the higher frequencies of vibration that we have hopefully inculcated in ourselves through years of contemplation. We place so much emphasis on meditation that we often forget that important preparatory step of contemplation. Through pondering on the problems of humanity, whether it be civil rights, poverty, politics, violence or any of a thousand other problems, we are helping in ways that are subtle, yet extremely powerful.

Take, for example, the matter of violence in the world. All good people throughout the world yearn for peace, for an end to fighting and strife. Ask yourself this, “Have I eliminated all anger, resentment and acrimony from my own life?” If the answer is no, then how do you expect the rest of the world to be ready for peace when it doesn’t even exist within your own heart? Even as Theosophists, we are often at war with our family members, acquaintances, and even with other Theosophical groups. Do you really think you can help others achieve peace if you have not found it for yourself?

Take any of the world problems mentioned above or one of your own choosing, and use it as a seed meditation for the next few weeks or even months. Re-visit it from time to time and see if you have additional insight. Remember, you do not need to impose your point of view on others. Once you have achieved a certain amount of equanimity and poise within yourself, others will automatically turn to you for advice or watch how you operate in certain circumstances and then try to apply your attitudes and manners to themselves. Preaching doesn’t help. Unless you have achieved it for yourself, you will never fool others, no matter what you say.

The Hierarchy depends on the great thinkers of the world to solve some of the world’s most difficult problems. This does not mean that those who work out the solution must also implement it or even necessarily get others to do it. Once the solution has been worked out by even a single individual, the thought forms are already being shared with others. Members of the Hierarchy can then direct those thought forms to other individuals who are in a position to do something in a practical manner, whether it is writing a book, lecturing, or establishing an organization. The advanced students who are still living in the world have the potential for insights that others may not have.

Let us heed the advice of HPB and develop fully within ourselves all the qualities that we would like the rest of the world to display. Let us practice altruism, charity, complete honesty in all things. Let us give up arguments and anger and the need to be right.  Let us stop judging others and look very carefully at our own motives. Let us eliminate spiritual pride and the smugness that characterizes so many “spiritual” persons. Let us get rid of our need to feel important. Once we have developed all of the character traits that distinguish the true occultist, our influence on the rest of the world is already in effect. We have already made an impact on the world around us.