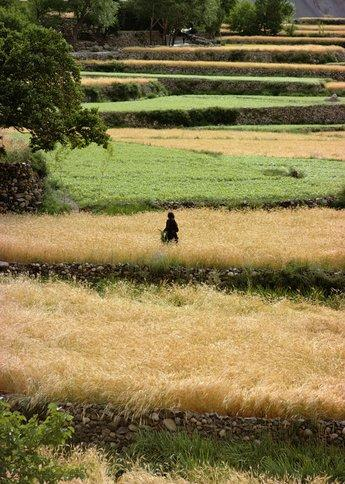 Universal Life, in all its multi-myriad forms and aspects, is in constant flux. Unalterable in its underlying essence, it is in perpetual outward change. As soon as any one of its temporary manifestations becomes rigid, decay sets in, which is but another aspect of life, breaking up the outworn form, in order to build a new and more adequate one.

Wherever there is flexibility, optimism, dynamic interest, vision, the search for the unknown, the urge to grow and to become, and the enthusiasm that scales new heights and attempts the seemingly impossible—there is youth and hope and the broad highway to all future yet unborn.

Wherever there is rigidity, pessimism, indifference, fear of the unknown, frustration and mental fatigue, doubt, anxiety and lack of vision, attachment to established routines and well-worn grooves of thought, crystallization of methods, and cherished traditions obscuring the distant horizons of the future—there is old age, decay, senility, and the loss of the vital fires that are essential to all becoming and all growth.

It is so with the Theosophical movement, as well. Its essential life must constantly rebuild its temporary forms, brush aside useless traditions, revitalize its manifold channels, keep flexible its vehicles and molds, seek out new ways of manifestation, untried methods of growth, and unplumbed depths of experience, and reach out constantly towards greater and broader horizons where are marshaled in letters of fire the noblest hopes and dreams of the human race. Unless these conditions are fulfilled, at least in part, the Theosophical movement in its present form will have to yield to other currents, other movements of consciousness, emanating from the same ageless source of all life on this planet, the fountain of its perennial youth, whence issue the life-giving streams of the spirit nourishing the spiritual organism of humanity.

In the work we are engaged in, the world over, we need the help of those who are young—young in body as well as in heart and mind. Without them, the movement becomes moribund, set, sectarian, and crystallized. With them, it keeps its resiliency, its flexibility, and its required momentum of thought and emotion. Let us never forget that when the present-day Theosophical Society was launched by the original Founders, H. P. Blavatsky was 44, Col. Henry Steel Olcott was 43, and William Quan judge was a mere 24 years of age!

The outward structural form of the organized Theosophical movement is in need of rejuvenation. While it is enduring in the spiritual validity of its message, its declared objectives and its methods of work have no vital contact with the spirit of the present age. A fearless leap forward, both in thought and in action, is demanded of us, but the enlightened leadership for that change is sorely lacking.

In the midst of a somber scene and the shadows of outworn traditions, we seek new and greater lights on the distant horizons of our undying hopes.