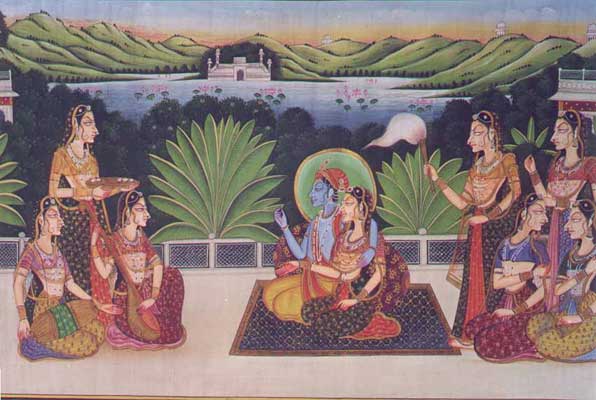 The careful analysis of external circumstances and difficulties that are gripping societies and countries at this moment in time, makes us understand how important it is to reaffirm the concept of the unity of life, which is at the heart of Theosophical reflection. A sense of separateness, selfish achievements—be they of a political or financial nature—refusal of philosophical and religious contact, personal achievement as the keystone of development, have shown, and are showing, that they are not capable of giving humanity a better future. Therefore even today there is the problem of knowing how to interpret the evolutionary momentum of humanity, and the conditions for its real development in an ethical and positive sense.

Theosophy can offer key interpretations of this process, thanks to its vast tradition of awareness regarding the themes of life, evolution, karma, and dharma. The Theosophical Society was charged with the task of establishing a core of unconditional universal brotherhood for humanity by its supporters and founders. This is the task that we have to develop today and to which we must devote our energies.

The consistent support of the aim of brotherhood is closely linked with the possibility of positively influencing humanity’s level of awareness. The Theosophical Society has always been open to discussion and in-depth study through an exchange of ideas and maieutic work of Socratic dialog with science, religions, art, and philosophy. This is a value to be cultivated and developed.

Indeed, the modern Theosophical message can significantly influence the spirit of our time through the concepts of brotherhood, evolution, unity of life, and holistic methods. But nowadays additional and greater possibilities for discussion are opening up, thanks to the increased ecumenical sensitivity of many religious environments, thanks to the sensitivity of many artists, thanks to scientific progress and developments in neuroscience (able to give practical demonstration of much of the content of Theosophical literature), and thanks to the many utopic experiments and work serving others by many pioneers.

This process must involve each one of us significantly, in an ideal journey to overcome rivalry, a journey that should bring everyone from the small ego of the personality to self-awareness, from the particular to the universal, from the personal to the impersonal, and from egoism to brotherhood. The inner growth of each of us, our development of awareness, will be the contribution that everyone can bring to the development cause. Obviously all this can happen only within the contexts and limits that karma allows. An understanding of karma’s law allows us to comprehend that it is here and now that our work has to develop.

The neutral observation that J. Krishnamurti spoke to us about represents a means of extraordinary importance for overcoming the heresy of separation that HPB discusses in The Voice of Silence. The message of living for the benefit of humanity is implicit in many forms of religious thought. We need only think of Buddhism and its ethic on benefiting all beings, and the concept of love in Christianity.

The need for human beings to have awareness was referred above, a condition that is required for a life lived to benefit humanity.

We can achieve this awareness now, thanks to some sections from The Voice of Silence, in which H. P. Blavatsky outlines some fundamental considerations, especially on achievement: “Three Halls, O weary Pilgrim, lead to the end of the toils. Three Halls, O Conqueror of Mara, will bring thee through three states into the fourth and thence into the seven worlds, the worlds of Rest
Eternal. . . . The name of the first Hall is IGNORANCE – Avidya.  It is the Hall in which thou saw’st the light, in which thou livest and shalt die. The name of Hall the second is the Hall of Learning. In it thy Soul will find the blossoms of life, but under every flower a serpent coiled. The name of the third Hall is Wisdom, beyond which stretch the shoreless waters of AKSHARA, the indestructible Fount of Omniscience.”

Living for the benefit of humanity places a fundamental aspect of human life at the center of our reflections, aimed at taking a spiritual path. It is an aspect that is closely connected with that of unconditional universal brotherhood. Both are parts of the unitary concept of life, which characterises the Theosophical approach to awareness so significantly.

The human being, with an awareness devoid of doubts and fears, prejudice and dogmatism, memories and automatic reactions, can overcome the observer-observed rivalry, through observation. It is then possible to understand the illusion based on a perception distinct from others, and to comprehend the meaning and value of universal brotherhood. The consequence of this philosophical assumption is tremendously practical: Life has sense and meaning when lived to benefit humanity. Obviously not on the basis of models of prejudice, but rather in relation to that unaffectedness that has always characterized real awareness.