The Dalai Lama and the Theosophical Society

Toward a True Kinship of Faiths: How the World's Religions Can Come Together 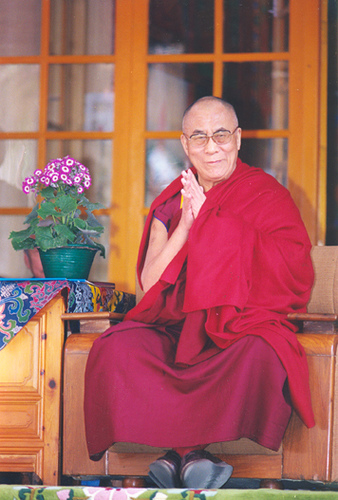 [The following passage from page 6 of the Dalai Lama's book, Toward a True Kinship of Faiths: How the World's Religions Can Come Together (New York : Doubleday, 2010) is by courtesy of Dennis Delorme of Canada, who got it from David Reigle of the USA. The sentiments expressed here were also in an article in the New York Times of May 25, 2010, entitled "Many Faiths, One Truth]

Looking back to this trip in 1956, I realize that my visit to the Theosophical Society in Chennai (then Madras) left a powerful impression. There I was first directly exposed to people, and to a movement, that attempted to bring together the wisdom of the world's spiritual traditions as well as science. I felt among the members a sense of tremendous openness to the world's great religions and a genuine embracing of pluralism. When I returned to Tibet in 1957, after more than three months in what was a most amazing country for a young Tibetan monk, I was a changed man. I could no longer live in the comfort of an exclusivist standpoint that takes Buddhism to be the only true religion. When tragic political circumstances in 1959 forced me into exile in India to live as a refugee, I was paradoxically offered the freedom to deepen my personal journey of understanding and engagement with the world's faith traditions.