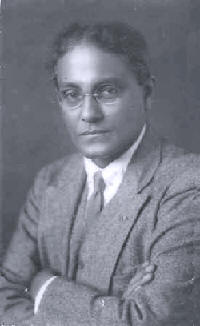 Jinarajadasa joined the TS in March 14, 1903, and worked energetically for the Society in Sri Lanka until, at the request of Annie Besant, then president of the TS, he spent two years in Italy on Theosophical work, while also attending the University of Pavia for postgraduate study. Thereafter, he lectured internationally for the TS until the outbreak of war in 1939. In 1916, Jinarajadasa had married Dorothy M. Graham, who was another prominent worker for the TS, a Justice of the Peace for Madras, and founder of the Women’s Indian Association in 1917. Jinarajadasa held many positions in the TS including vice-president, 1921-8; head of the Manor in Sydney, Australia, 1934; and director of the Adyar Library, 1930-2. In 1935, he became Outer Head of the Esoteric School of Theosophy.

In 1945, Jinarajadasa was nominated as president of the TS and was elected unopposed, taking office on February 17, 1946. The Adyar headquarters were then in a state of disrepair because part of it had been occupied by the English Royal Air Force during World War II and because of years of neglect. He drew around him a committed band of workers, and under his leadership the estate rapidly regained its former beauty. In spite of poor health, he threw himself into the task of reconstructing the TS in those countries, particularly in Europe, that had suffered badly from the war. A special conference of nineteen sections was held in Geneva, to help revive lodges. In 1949, Jinarajadasa started the School of the Wisdom at Adyar to offer members more advanced training in Theosophy and to train them for work in their own countries.

Jinarajadasa was noted for his extensive traveling and lecturing on behalf of the TS. His fluency in English, French, Italian, Spanish, and Portuguese enabled him to promote Theosophy in many countries and to be instrumental in reviving Theosophical work after World War II. He was a mystic with a strong scientific inclination, able to express complex ideas in clear, easily understood terms. Throughout his life, he kept in close touch with current affairs and scientific discoveries, thus bringing to his Theosophical work a freshness of presentation that endeared him to his audiences.

By 1953 he had completed his seven-year term as president and, because of poor health, he declined renomination. After installing N. Sri Ram as his successor, he embarked on his final journey. He kept a promise to visit America, and it was there that he died on June 18, 1953, at the national headquarters of the TS in America, called “Olcott” after the president-founder. His body was cremated; half of his ashes were sent to Adyar for deposit in the Garden of Remembrance there. The rest were kept at Olcott until the late 1990s, when they were deposited in an American Garden of Remembrance created to receive them.

We have 442 guests and no members online