"The practice of peace and reconciliation is one of the most vital and artistic of human actions."

In the beginning of this year, in an impressive inauguration speech held before the Brazilian Congress, the newly elected and first female President of Brazil, Dilma Rousseff, made it very clear that she intends to be President for all Brazilians. Emotionally but determinedly, she made an appeal, reaching out to her political opponents, asking them to help her building a just and more prosperous Brazil. Although they had not walked her political path, Ms Rousseff recognized that in order to realize her objectives, an alert and effective opposition is essential. 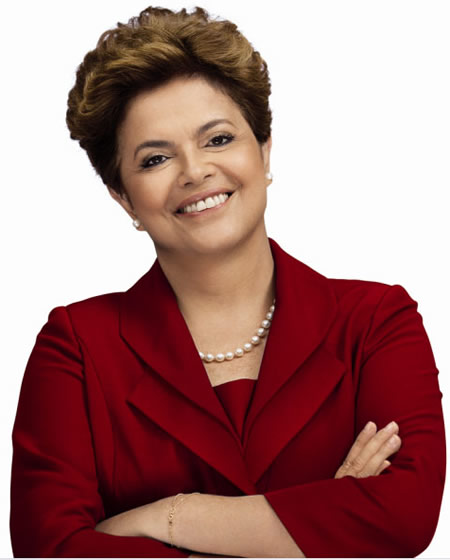 Brazil is a magnificent and enormous country with a booming economy. It is widely known for its exotic celebrations of carnival and its soccer, which has developed into an art form. At the same time, it is battling poverty, hunger, social inequality, and violence. Above all, it is suffering from the disease of all diseases: a far-going corruption spread out over all levels of its society, headed by arrogant political elite.

Last year’s election campaign, in particular the second round in which the social democrat José Serra was Dilma Rousseff’s opponent, was an ugly one, characterized by under-the-belt gossip, insinuations, accusations, personal attacks, half truths about Ms Rousseff’s health, and even one television debate in which both candidates participated but fully ignored each other, limiting themselves by talking directly into the camera or solely via the moderator.

Unlike her predecessor, the populist Louis Ignacio Lula da Silva, who had high approval ratings, Ms Rousseff keeps a low profile. She is known for her tough and pragmatic approach, her at times blunt behavior and straightforwardness.

On February 2 this year, when one of the most influential newspapers in Brazil, Folha de Sao Paulo, celebrated its 90th anniversary, Ms Rousseff, during a meeting organized by that newspaper in the largest city on the South American continent, Sao Paulo, addressed a great number of writers, intellectuals, and journalists. In her talk she underlined the need for a strong and well organized opposition, in order to make democracy function. She stated that her party, the Worker’s Party, simply would have to get accustomed to criticism, live with it, and learn from it. According to the President of Brazil, ridiculing or ignoring those who think differently is highly counterproductive.

As is permitted in any democratic environment, I am free to say that Ms Rousseff is not my political choice. On main topics, I disagree with her and her party’s policy. In particular, I observe with great caution some of her coworkers and advisors, while the phantom of corruption is lurking everywhere. In spite of my reservations, understanding that she was democratically elected, I respect her and think highly of her discipline, sacrifice, management skills, and ideals. In particular, her desire to be President for all Brazilians and her willingness to be objectively informed from all sides is admirable.

Any administration or governing body, whether of a country or of a group of people organized in a society like the TS, for example, can function adequately and democratically only when there is room for critique and constructive opposition. If these elements are lacking, there is no democracy, but autocracy instead.

In October 2010, in a rather unusual and tendentious write-up in her magazine, The Theosophist (132.1),* the current International President of the Adyar Society, Radha Burnier, stated her belief that General Council members who do not follow her line of thinking but ask questions about her procedures have not understood the Rules and Regulations as largely formulated by the first President H. S. Olcott, more than a hundred years ago. Her article links this situation to our present-day world, where individuals with false motives pretend to act for the good of human society, whereas almost everyone, again according to her, should be able to see through these false pretensions. Thus she seriously questions the integrity, motives, and intentions of all questioners.

The Theosophical Society has an extraordinary potential to work towards the well-being and development of the consciousness of humanity.  Because of the untiring work of its three main founders—H. P. Blavatsky, Henry Steel Olcott, and William Quan Judge—and countless unswerving workers who came after them, a worldwide network was laid out which other organizations can only dream of.  At the same time, the Adyar Society for decades now has been confronted with a declining membership, supposedly with the exception of the Indian Section, and with a disease lethal for any organization, namely, internal strife.

The 2008 election for the position of International President, the first election during the Burnier era with two candidates participating, was an ugly one. In December 2007, as a kind of prelude for what was to come, a heated discussion about both candidates had erupted. Gossips, insinuation about intentions, accusations, and half truths about Radha Burnier’s health condition were spread via letters and the Internet. The International President herself, ill-advised, added to the confusion by distributing a so called "personal" letter on March 12, 2008, rather ironically questioning the candidature of the other contestant. This unfortunate note triggered more ugliness and commotion. On top of this, there was uncertainty about the relationship between Radha Burnier as International President of the Adyar Society as a democratic institution and her unquestionable authority as outer head of the Esoteric School. Before long, the largest and most influential of all Theosophical organizations had changed into a battle station, where members ended up being divided into two camps: those who conspire and those who were victimized by conspiracies.

Unlike what one would expect from Theosophists, three years later, in 2011, this division still exists in the minds of many members of the Adyar group. Needless to say, that this is a shame, because it shows that one of the most impressive of all Theosophical ideas, the natural bond that unites all life, is not understood. The idea that one has to be either for or against an International President heading the Adyar Society, is un-Theosophical. Those in India who administer the international Adyar Society—if that body is to function properly, based on true democratic and transparent principles—will have to understand that the proper functioning of the Society can be achieved only if those who differ from the administration’s opinion and want to implement changes or investigate wrongdoings, are able to raise their voices without being ridiculed or having to take the risk of being shaken out.

Whether measures announced during the last General Council meeting to deal with some grievances and criticisms will produce any results remains to be seen. Until now these initiatives seem insufficient, too little and too late. 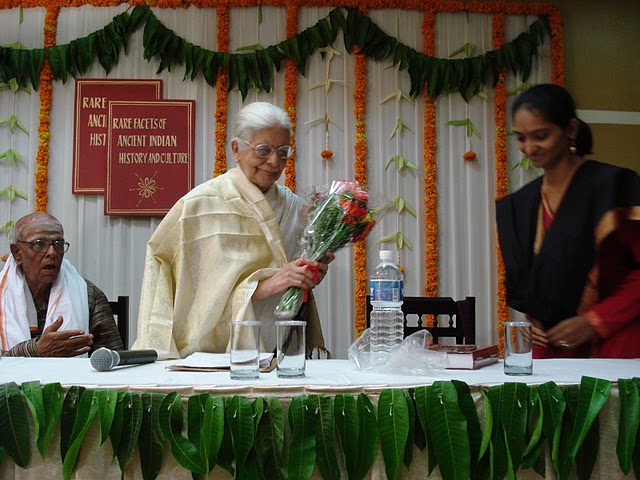 Radha Burnier was not my choice during the 2008 elections. As is fully legitimate within the framework of a democratic organization, which the TS Adyar says it is, as opposite to its Esoteric School which is not a democratic institution, I disagree with her on many a topic. Some of the people she has surrounded herself with nowadays, I observe with great concern, because the phantasm of ambition is creeping around. In spite of that, I understand that she was democratically elected. Holding no feelings against her, on the contrary, I respect her for her long years of dedicated service and admire her personal discipline and sharp intellect. Yet I have no other choice but to reject her inflexibility and unwillingness to really listen to those who hold views that are not hers.

*The article appeared in “The Watchtower.” It was also published on the Web site of the Adyar Society but later removed.