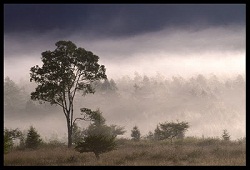 By no means is this to convey the idea that those of us who have already walked half or more of our individual pilgrimage are able to see the situation in a very clear way, for the solution does not depend on age. The purpose of these thoughts is to share some ideas that might help to see the matter from another perspective.

Through the ages, humanity has shown certain aspirations. The most common one is to find a state of mind of endurable happiness, thus an intangible possession attained by personal effort and not something that can be acquired in a special shop. In that search, humanity has developed a capacity to face situations during different time periods, an experience that we could refer as the inevitable pilgrimage of each human soul. It is only at the human stage that a special element is endowed to the form we call the human body, and that is the mind.

In the other kingdoms of Nature, the living entities seem to express their existence by following an established guidance, a sort of instinctual knowledge which dictates to them what to do and even how to do it. But at the level of human kingdom, this does not happen.  It is true that those human beings who are newly incarnated seem to be able to do certain actions that might help them to take care of themselves, but this is done in a very primitive way.

The element mind is supposed to help individuals to know their place in Nature, to choose what is better for themselves and others, to develop such capacities which will eventually allow them to know who they are and what is the purpose of their life. When properly directed, the mind can help us to find answers to many riddles of life and guide our steps to a final goal. However, when we think that for the mere right of choosing—a capacity emanating from the mind— we have the absolute right to follow it fully; the same element can become a tool for destruction.

It is at this point that many human problems start. The mind makes us believe that we are an entity totally separated from the rest of the world. The sense of “I-ness” starts moving back and forth and its desire of domination has no limits, creating aspirations that are neither in accordance with our capacities, nor with our real essence.  As the mind is an intangible element, we could say that it is advisable to recognize that essentially a human being is an spiritual entity, visible as it is, but mysterious in many ways which we do not understand fully.

The world as we know it shows us that there are Laws of Nature that are being followed without our cognizance; the sun rises and sets; we cannot escape from the power of those Laws.

The wisdom of the Ages, presently known as Theosophy, suggests that human beings live their lives according to their decisions and that these delineate the world in which we live.  It also tells us that the purpose can be to benefit us—to be part of the goal of human life—as we are told in At the Feet of the Master that “God has a plan and that is Evolution.”

As spiritual entities, it seems that the human pilgrimage is to slowly educe the high characteristics of being human, which are not so much at the level of overlooking or exploiting other sentient beings, but rather at the intangible level of ethics and morality, thus right aspirations should be considered. It has to do with a sincere decision of abandoning the cruder levels of being and becoming more evolved toward such actions, feelings and thoughts that collaborate for a better world. Envy, hate, a sense of separateness based on differences such as race, color, creed, sex, as well as a sense of superiority based on a very unstable basis, are all elements that create disturbances in the plan of evolution.

In his book, Ethics for a New Millennium, His Holiness the Dalai Lama states that there presently exists a “neglect of our inner dimension.” As long as we do not recognize our spiritual essence, we will never be in a position to show our humaneness, which, although intangible, can bring us nearer to endurable happiness.  Respect and love for all sentient beings, and always keeping in mind that it is a mistake, and even a dishonor, to revert to a level of base desire, these are some useful thoughts to be considered in our daily pilgrimage.

In our search for happiness, we have unclear ideas as to the means for reaching that goal.  A special object, a high social position, or wealth may give us happiness, but it will not be the kind that our real essence of a being human is in search of. The moral values, considered integral parts of the condition of humaneness, still prevail as signposts for a safe pilgrimage; let us not abandon them. Instead let us become reliable collaborators of the Great Plan, thus touching real happiness. To clarify the expression “moral values”, we turn again to the Dalai Lama, from the same book, who writes, “We cannot escape the necessity of love and compassion. Love for others and respect for their rights and dignity, no matter who or what they are, ultimately these are all we need. So long as we practice these in our daily lives, as long as we have compassion for others and conduct ourselves with restraint out of a sense of responsibility, there is no doubt we will be happy.”