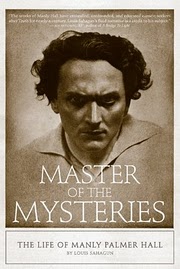 Although born in Canada, Manly Palmer Hall (1901-90) was an archetypal American huckster, peddling the mysteries of the universe. This biography, appropriately by a writer for the Los Angeles Times, is a readable and abundantly illustrated account of its subject. It lacks an index, which makes it difficult to find what the author has to say about particular matters, but its journalistic flow makes for both entertaining and informative reading. It is doubtless the most thorough and best available treatment of its subject.

Los Angeles of the 1920s, where Hall found his métier, was a hothouse of popularized occultism and mysticism. Hall quickly became one of its high priests. At the age of 27 he published his best known work, The Secret Teachings of All Ages, a lavishly illustrated pastiche of symbolism, which spread his reputation across the land. In 1934, he founded the Philosophical Research Society to help promote his work. During his long career, Hall collected an impressive library of esoteric texts and achieved a large output of popularized mysticism and occultism, marketed with an expertise worthy of a Madison Avenue adman.

The end of this Master of the Mysteries was itself mysterious. The cause and circumstances of his death were never adequately established. Indications of foul play, if not actual murder, were abundant, and suspicion fell on an assistant who had become in effect Hall’s financial manager, but clear evidence to support a trial did not exist. The case remains unresolved, an ironically appropriate conclusion to a life devoted to mysteries. 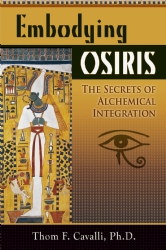 The myth of Osiris is complex and exists in several different forms or stages. Basically the myth concerns a dying and resurrected god: Osiris is killed by his brother, Set, and resurrected by his wife, Isis. It is the most important myth of ancient Egypt, with extensive implications. The implication that is the central focus of this book concerns parallels with the processes of alchemy (the Western form of which also originated in Egypt). This book treats those parallels from a Jungian perspective as archetypes of spiritual transformation. To become Osiris is to discover one’s own inmost nature and to identify oneself with the Higher Self that is potential within all of us. In that sense, the myth of Osiris applies to everyone.

Another aspect of the Osiris myth is its centrality to the culture and the government of ancient Egypt, explored in the last chapter of the book. The Egyptian pharaoh was Osiris; so, in a sense, each succeeding pharaoh was a resurrection of his predecessor. The “heretical” pharaoh, Akhenaton, tried to change that polytheism by replacing the multiple gods of the land, including Osiris, with a single god: Aton, god of the sun. But that attempted change, which anticipated the much later dominance of monotheism, threatened the coherence of Egyptian mythic beliefs and also of the social order, which was based on multiple gods, representing processes of nature, with the pharaoh as the incarnation of Osiris. Akhenaton failed, and the ancient gods survived. 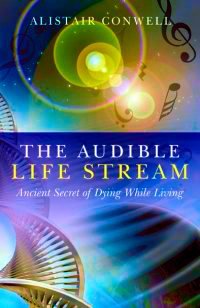 What the author of this book calls “the Audible Life Stream” is a consciousness that pervades the universe and all of us. It can be perceived, at least subliminally but also realistically, as a sound echoing everywhere. It is the Logos or Word that began and supports the cosmos. As such, it closely matches the Theosophical concept of a primordial vibration whose harmonic co-vibrations, or overtones, are all things in the universe. It is what Madam Blavatsky described in her mystical classic, The Voice of the Silence.

As Betty Bland wrote in an endorsement of this book: “Music and sound have always been recognized as important components in spirituality, but seldom is sound mentioned as a catalyst and gateway into the preparation for dying. Through interesting analysis and real life examples this book skillfully opens those possibilities and inspires the reader to explore the Audible Life Stream as a pathway for more abundant living and conscious dying.” 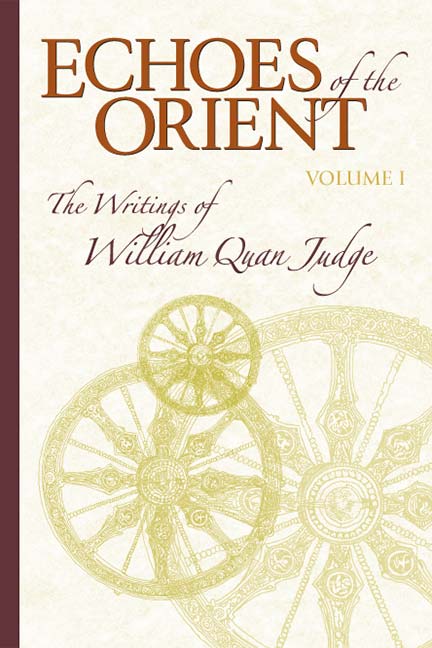 We have 328 guests and no members online