Two recently published books are a notable contrast in content and relevance. We call both to the attention of our readers. 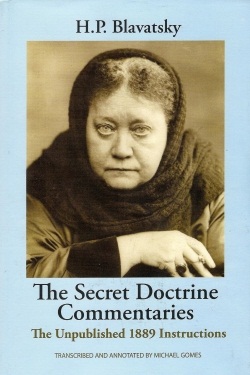 This book will appeal mainly to serious students of Theosophy, and for them it is invaluable. But even Theosophical tyros will find much of interest between its covers, and browsing through its index will yield notable insights into HPB’s way of thinking and her remarkable views into the Ancient Wisdom.

During the first half of 1889, after the 1888 publication of HPB’s Secret Doctrine, she met more or less weekly with various followers for discussions, questions, and answers about things related to that book. A stenographer recorded the sessions; extensively edited versions of the records of the first twelve of those meetings (more than half of the total) were published as Transactions of the Blavatsky Lodge. The present volume is a transcription, with only minimal editing, of all the available records (which came to light in 1992). The previously published volumes had taken extensive liberties with the stenographic records, doubtless in the interest of converting the free flow of discussion (which is often disjoined and elliptical) into something more coherent and readable, but in the process losing both the tone and sometimes the exact sense of what was said. No record has been published before of the meetings during the last three months of the sessions.
The only way to access fully and accurately those 1889 discussions would be to get a peek into the akashic records. As that is not feasible for most of us, the next best thing is Michael Gomes’s book. It should supersede the old Transactions, which are both incomplete and tarted up (to use a Briticism for “showily redone”. This volume is destined to occupy a place on any Theosophical student’s shelf of indispensible books on basic Theosophy. It is already a classic. 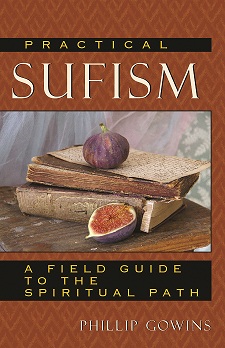 This book is directed to general readers and holds little of direct concern to Theosophists, although Sufism is arguably a theosophical form of Islam. In this context, “theosophical” with a lower-case “t” refers, not to the Theosophical Society, but to any of the multiple articulations of the Ancient Wisdom found in all ages and all over the globe.

Sufism is a collection of mystical traditions within Islam that orthodox Muslims regard as heretical. The Sufi view is that it is the esoteric teachings given by Muhammad to those capable of receiving them. One of the principle exponents of Sufism in the West was the Indian Hazrat Inayat Khan (1882-1927), to whose tradition the author of this book owes allegiance. The book, however, gives more insight into its author than into the details of Sufi esotericism, being more or less in a 1970s feel-good style.

Sufism is highly poetic. Anyone who wants insight into Sufi mysticism would be well advised to read the poetry of the Persian Sufi known simply as Rumi.

In the opinion of your editor, the best English translations of Rumi are those of Coleman Barks, a distinguished poet himself who has appeared on Bill Moyers’s PBS program, and some of whose Rumi translations appeared in the magazine of the Theosophical Society in days of yore.