This  book will be of interest to readers of Theosophy Forward: 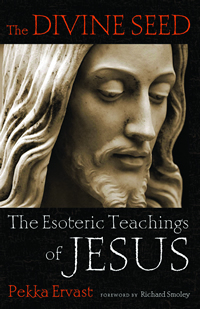 The author of this book, Pekka Ervast (1875-1934) was a leading Finnish mystic, Theosophist, and authority on the esoteric meaning of the Finnish epic, the Kalevala.

Traditional scholarship on the life of Jesus tends to fall into one of three camps by treating Jesus (a) as a divine incarnation, in the orthodox theological tradition, (b) as a historical, human teacher in the tradition of the Hebrew prophets, or (c) as a mythic expression of the hero with a thousand faces in the Joseph Campbell tradition. The Theosophical approach is different from all of those; it regards Jesus as an evolutionarily evolved human being who was a member of the band of human "elders" who have committed themselves to guiding and inspiring our species on the journey along their path to self-realization.

Ervast's book is an exploration of certain gospel subjects from a Theosophical perspective. In particular, it examines Jesus's parables, his teachings about the problem of evil, five commandments from the Sermon on the Mount, the Lord's Prayer, the distinction between Jesus and the Christ, and the Holy Communion—all from an esoteric point of view.