"Some books are to be tasted, others to be swallowed whole, and some few to be chewed and digested." — Francis Bacon, 1597 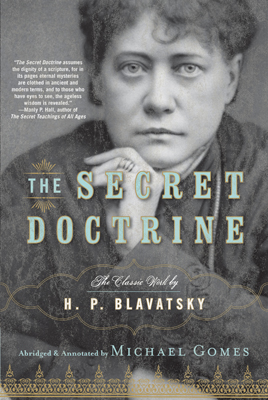 Among last year's books that are notably worth chewing and digesting is this one, reviewed here by John Algeo:

Why is any abridgment of this classic and basic Theosophical work needed? That such abridgments are needed is suggested by the fact they are nothing new. One was made by Katharine Hillard in 1907 and another by Elizabeth Preston and Christmas Humphreys in 1966. But every half century, on average, needs its own abridgment to keep pace with changing times and expectations. Michael Gomes's recently published work is clearly the abridgment for our day.

The Secret Doctrine, albeit the most fundamental and authoritative exposition of Theosophy's teachings about the origin and purpose of the cosmos and the human species, is undeniably a very difficult book to read. First published in 1888, it is partly in nineteenth-century style, which is more prolix and complex than that favored today (extensively downsized and simplified on the model of USA Today and the tabloids). But the SD also embodies Blavatsky's personal style, which is digressive, allusive, and esoteric. HPB was a woman of extensive knowledge and wide-ranging interests, which she freely indulges in the expectation that her readers will be challenged to keep up with her kaleidoscopic prose. Moreover, Blavatsky quite reasonably related what she had to say on the great eternal questions to what philosophy and science were saying about those same questions in her time. Blavatsky's Theosophy is, in a sense, timeless. But our philosophy and science are all very much time-bound. So her discussions of the latter are often now only of historical curiosity. These matters of style and timeliness in Blavatsky's text make it unnecessarily difficult for the present-day reader.

The need for a new, current abridgment is clear. And Michael Gomes has provided it. His work is the best entry to The Secret Doctrine for twenty-first century readers. Gomes captures the essential points of the book and highlights many notable features, such as the following: HPB was a remarkable woman with a wide-ranging curiosity about the mysteries of life. As J. Jeffrey Franklin writes in The Lotus and the Lion: Buddhism and the British Empire (Cornell University Press, 2008, p. 65): "Blavatsky blazed the trail that would be followed by Sir James Frazer, Jessie Weston, and Joseph Campbell, though they might not choose to acknowledge her."

HPB stated the most basic truths of the Wisdom and so is the Mother of us all; yet her magnum opus also incorporates a good deal of irrelevancies, some based on now-outmoded ideas and some fanciful extrapolations, most of which have been wisely omitted from this abridgment. HPB could, on occasions, write with high inspiration (doubtless when she herself was so inspired); yet the bulk of her prose is rhetorically a mess because she is often disorganized, repetitious, and unclear. Her work needs to be sorted out so that lesser mortals, like most of us, can understand it without racking our brains. This abridgment does that for us.

HPB was indeed a sphinx, and a marvelous one, deserving our awe and appreciation. But like the question of the sphinx, her writing can sometimes be a puzzle. So Michael Gomes deserves our gratitude for producing this excellent clue to unraveling the puzzle of The Secret Doctrine.

The editor believes that the best new spiritual book of last (or many another) year was this:

Ravindra, Ravi. The Wisdom of Patañjali's Yoga Sutras: A New Translation and Guide. Sandpoint, ID: Morning Light Press, 2009. Pp. xvi + 221. The Yoga Sutras are the ancient and classic exposition of Yoga. Those who study them are often flummoxed by their arcane, elliptical language. Yet anyone seriously interested in Yoga must eventually deal with the Sutras. Ravindra's book contains the most lucid and informative translation of the Sutras this editor has ever seen. Most of the volume is commentary on them, verse by verse. And that commentary is infused with the author's enthusiasm for and understanding of their content. Ravindra, an authority on the world's spiritual traditions, shows how the Yoga Sutras relate to the practices of other traditions and are a practical guide to treading the Path in earnest. This book makes available to Western readers the theosophical insights of ancient India, which are fully harmonious with the ideas and ideals of modern Theosophy. 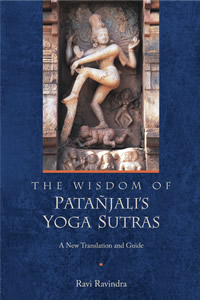 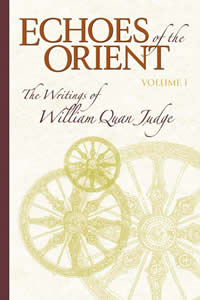 The editor also recognizes, as the best older revised spiritual book of last year, this:

Judge, William Quan. Echoes of the Orient: The Writings of William Quan Judge. Vols. 1 & 2, 2nd rev. ed. Comp. Dara Eklund. Pasadena, CA: Theosophical University Press, 2009. Pp. 700 & 600. Judge was a founding member of the Theosophical Society and, next to H.P.B., one of the most prolific of first-generation authors, despite his relative early death in 1896 at the age of not quite forty-five. Volume 1 includes articles from the magazine he edited, The Path, and his fantastic "Occult Tales," as well as an extensive biography and many illustrations. Volume 2 includes "Hidden Hints in The Secret Doctrine," his talks from the first World's Parliament of Religions, and the historically interesting "Faces of Friends." Both volumes benefit from the high standard of publication associated with the Theosophical University Press, as well as the meticulous and knowledgeable editing of Dara Eklund. This book contains basic and classic early writings of modern Theosophy.

Other highly recommended books of last year are these:

Gilchrist, Cherry. Russian Magic: Living Folk Traditions of an Enchanted Landscape. Wheaton, IL: Theosophical Publishing House, Quest Books, 2009. Pp. xiii + 188. H. P. Blavatsky was clearly influenced as a girl by Russia folk beliefs and legends. This book deals with the sort of thing she would have encountered while growing up.

LeShan, Lawrence. A New Science of the Paranormal: The Promise of Psychical Research. Wheaton, IL: Theosophical Publishing House, Quest Books, 2009. Pp. vii + 133. This book deals with one aspect of the Theosophical Society's third object from the standpoint of the methods followed by various branches of science. 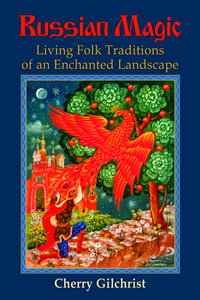 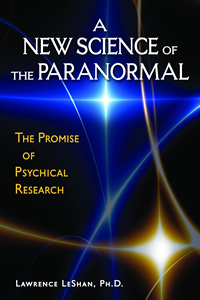 Robertson, Robin. Indra's Net: Alchemy and Chaos Theory as Models for Transformation. Wheaton, IL: Theosophical Publishing House, Quest Books, 2009. Pp. xiii + 182. The second object of the Theosophical Society is to encourage comparative study, including sciences and religions from various cultures. This book does just that.

Tillery, Gary. The Cynical Idealist: A Spiritual Biography of John Lennon. Wheaton, IL: Theosophical Publishing House, Quest Books, 2009. Pp. xi + 202. From a working-class youth, through pop-stardom Beatle, to social activist and model for personal development, John Lennon was a spiritual inspiration to many. 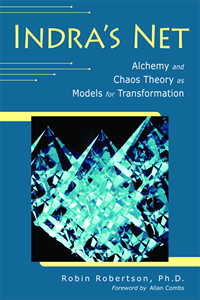 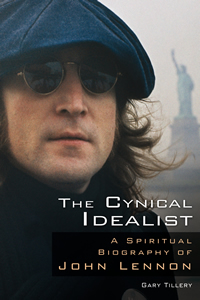 Yet other notable books of last year are these:

Lewis, Dennis. Breathe into Being: Awakening to Who You Really Are. Wheaton, IL: Theosophical Publishing House, Quest Books, 2009. Pp. xii + 115. 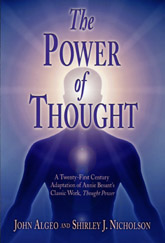