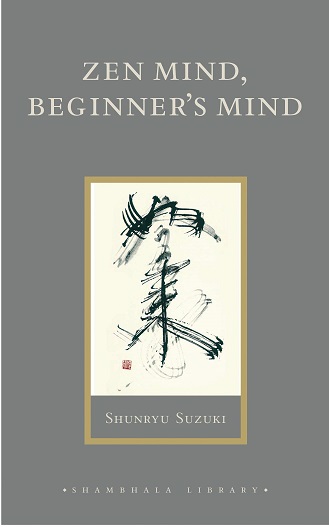 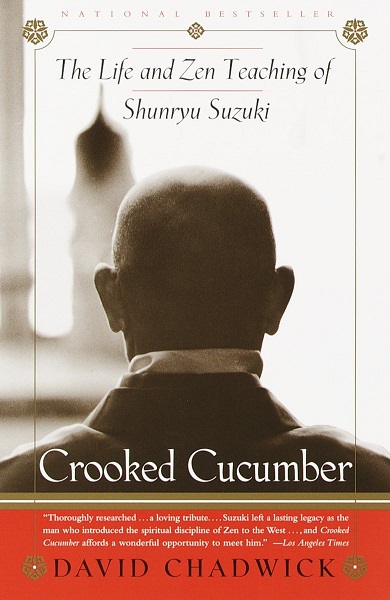 Initially, Suzuki-roshi did not want his talks to his students and public to be recorded. He was finally convinced that because a number of students periodically missed the talks, it would be important to record them to share later. So a close discipline of Suzuki, Marian Derby, started taping his talks. From her transcriptions of the recordings, Marian put these together and eventually, the beginning of a book took shape.

Finally, Trudy Dixon, another close disciple organized and edited the manuscript for publication. This proved to be quite a task since Japanese words and meanings were hard to translate into English and carry the same cultural meaning. I have always felt since I first read ZMBM that the spirit of the message was there. Since it remains a very powerful book for many people, Trudy and Suzuki must have captured that spirit. It should be noted that Trudy died shortly after finishing the work on the book of cancer at age 30.  She had two children and a husband, Mike, who was a painter. He left a very Zen sketch of a fly on page 69 of the published book, which was discussed frequently and shows up at odd times when the book is being considered.

The book is divided into three parts called Right Practice, Right Attitude, and Right Understanding. Normally, when I read a book of this caliber, I read it once without attempting to analyze the message. Typically, I might underline some passages, but that normally occurs during the second reading. If I think the book carries a strong message, I will read it a third time and take a lot of notes. Sometimes this approach is modified, but close to my process. However, in the case of ZMBM, it has never worked for me. The book doesn't lay out a 'plan of action' to follow, so you will become spiritual. Taken as a whole, the book can be shown to be contradictory in places. Suzuki explained that was because the day he delivered this particular talk, there were people who needed to hear this particular message. On other days, it had to change because the practitioners were different. I have solved this problem for myself by reading it as Lectio Divina. That is, I read a short passage and then meditate on it, imagining how it applies to my life at this time or at some time in the past.

Suzuki-roshi talked very little about his past and he was already 53 when he first came to America.  He came from one tradition into another culture that was very different from Japan. This is covered very well in Crooked Cumber. This book is essentially divided into 2 parts. First,is the early history of Suzuki and his life and training in Japan. I was quite amazed as to how hard this was. It reminded me of a military boot camp. My impression was that Suzuki did not need too much time to adjust to the American culture.  David Chadwick who was a close student of Suzuki tells this part of the story well. He not only told stories that were personal, but obviously also collected stories from other students of Suzuki.

By the late 70s, Suzuki had a successful Zen Center in San Francisco. After Suzuki's death in 1971, his Dharma heir, Richard Baker, grew the structure into a large and successful organization  It had accrued wealth, property, and prestige. The Zen Center's holdings included Tassajara Hot Springs near Big Sur, Green Gulch Farm in Marin County, with a clothing company and a bakery. The Tassajara Bread Book became a best seller and Greens was a very successful upscale vegetarian restaurant. Collectively, it was the center of the counterculture.

As with many organizations with this power and money, scandal's follow, as we are currently seeing toin the mega churches in America. If you want to follow-up on this more recent development of the Zen story, see Shoes Outside the Door:  Desire, Devotion, and Excess at San Francisco Zen Center by Michael Downing.

Today, the Center has returned to its normal practice and has now teamed up with Kendal Corporation which is a Quaker-based leader to build a retirement center called Enso Village. At the moment it is scheduled to open in 2023.

Here is a link that provides all kinds of information: http://www.cuke.com/#gsc.tab=0  an archival site on the life and world of Shunryu Suzuki and those who knew him. It is home to the Cuke Archives and other material from David Chadwick. From December 1998. Cuke Archives, with as motto  "preserving the legacy of Shunryu Suzuki and those whose paths crossed his and anything else that comes to mind."

I close this Notable Books with a quote from the Crook Cucumber book jacket.  It's by Robert Pirsig, author of Zen and the Art of Motorcycle Maintenance:

It's impossible to imagine a better book about Suzuki Roshi.  It possesses the virtues of its subject -- straight forward, without excess, without deficiency, without pomp or falseness.  Its precise picture of Suzuki's values, hopes, and problems could make it a major primer of Zen itself.