The Persecution of the Roma in East-Central Europe 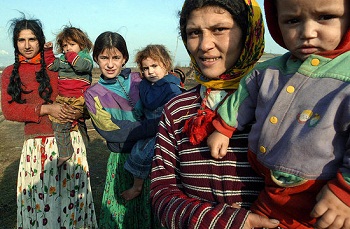 Roma mothers with their children

For the past two years I have been involved with educational research issues centered on Roma (Gypsy) children. Throughout this period I have gained knowledge and insights into Roma history, culture, and traditions. I have also observed the increasing persecution mounting against the Roma in east-central Europe under changing political and economic climates. The Roma have now become the scapegoats for the financial woes of many of these countries and blatant discrimination aimed at eradicating the Roma people and their culture seems to be part of the political agenda. As a humanitarian and Theosophist, I am compelled to advocate for the rights of the Roma people and to work towards educating North Americans about the life threatening and growing persecution that is taking place in many east-central European countries. Of grave concern is the safety of families whose lives are endangered, and those who struggle to survive under the crippling effects of rampant poverty.

The Roma are amongst the most persecuted people on earth. They are also the largest minority in the European Union with a population of seven to fifteen million (Greenberg, 2010). Most Roma living in the EU face racial, structural, and social discrimination, as well as multiple discriminations on the basis of gender, age, disability, and sexuality (Toth, 2010). The Roma suffer extreme poverty as many have no chance of employment. They often have to live in substandard and unsafe housing in mahalas (quarters or neighbourhoods) within dilapidated, pieced together shelters without water, electricity, or sewage. They usually have no access to medical care, and Roma children are frequently denied a proper education. Many Roma children are placed in segregated schools, or classes for the mentally challenged, and are given a sub-standard education if any at all (Greenberg, 2010). 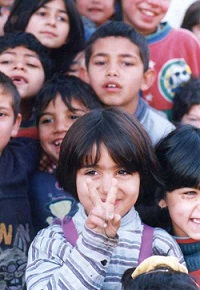 The poverty the Roma are forced to live in is a direct result of centuries of discrimination that has carried over into contemporary society. Currently this discrimination is escalating as white supremacists and neo-Nazi militant groups terrorize Roma neighbourhoods. Attacks “have been reported in Romania, Bulgaria, Hungary, and the Czech and Slovak Republics, coupled with deliberate non-intervention by authorities” (1). In Hungary and the Czech Republic, neo-Nazi groups terrorize and threaten Roma families (2). In France, the Roma were victims of President Sarkozy’s goal to expel all Roma from the country (3), and Germany and Switzerland have been returning massive numbers of Roma families to Kosovo from where they were displaced during the 1999 Kosovo war (4). Serbia has recently extradited 250 families from their make-shift homes and sent them to live in metal shipping containers (5). In Slovakia, a boarding school system reminiscent of the infamous Canadian First Nations residential schools, is being developed with the social services funds that are now being denied to Roma families and instead are being used to take their children away and assimilate them into “society” through so called educational reform schools (6). These are just a few of the news items that have come to light in the last while. On a daily basis there are alarming updates on killings, fires, displacement, and racism happening to the Roma in east-central Europe.

As a condition of admission to the European Union, in 2000, “…the Eastern European Nations pledged to eliminate racial discrimination, including widespread segregation of Roma school children” (Greenberg, 2010, p. 926). In 2005, the European Parliament adopted a resolution “call[ing] for steps to be taken to combat anit-Gypsyism or Romaphobia in all forms at all levels” (Toth, 2010, p. 22). However, as the economic situation in east-central European countries worsens, the Roma are increasingly blamed and this is causing a dramatic increase in discrimination against the Roma. Consequently several east-central  European countries are now becoming very unsafe for the Roma, and in growing fear for their lives many are fleeing them and seeking refugee status and political asylum in countries such as Canada.

The situation for the Roma is a serious matter, and is but one small part of the overwhelming human suffering that needs to end. In The Key to Theosophy and other spiritual texts, it talks about our duty to help those in need and the importance of cultivating a sense of altruism in our lives. In wanting to do what we can to help humanity, how do we discern the limits of what we are personally capable of doing? The answer to this I believe lies in balance. In the book,The Occult Way, P.G Bowen discusses that balancing the Powers of Being involves the positive and negatives of compassion and comprehension, understanding Natural Duty, the Will to Serve, and other monitors that the Self must consider otherwise, even in altruism we are bound to the lower emotions. Freeing the Self in order to carry out the work of our Karmic path involves locating this sense of balance.

From an emotional stance I am compelled to work toward changing the conditions that for too long have oppressed the Roma. I have chosen of my free will to research ways in which I can do this, and my intent is to work toward change. However, according to P.G. Bowen, for my intentions to manifest into action, I need to transcend the narrow sphere of the Desire Self, or the Personal Plane which belongs to the Sphere of Ignorance (personal or separate self) into a Body of Knowledge where the Vision of the Soul can be known. It is here where a sense of responsibility to LIFE can be manifested through the establishment of the balance between the Will to Serve and the Understanding of Natural Duty, called Responsible Will. Compassion then pours in but again it must not be permitted to sweep me into irresponsible action, such as abandoning my family and running off to east-central Europe to battle the oppressive systems that chain the Roma. Instead I need to maintain a sense of balance by cultivating an Awareness of Duty. By knowing this, I have gained a greater sense or comprehension into the situation and know that it too must be balanced with the Will to Serve, beyond the lofty and the passive, freed from the lower emotions, so that what I do becomes a manifestation of the soul, “…limbs stretched forth or withdrawn by the soul according to the work it has to do” Bowen, 1936/2010, p. 113). This is a humble attempt to describe a rather complicated concept. What I believe is the essence of what P.G. Bowen is discussing in “Counterbalancing Forces”, is that through serious contemplation of all the forces at work within our being, we can effectively become involved in altruism only when it is coming from a higher spiritual place of soul work and not from the lower emotional, or ego planes of our being.

Armed with this knowledge, I am better able to understand that although the problems of the Roma that I am focused on trying to resolve may call me to action, in my current situation I can best contribute my efforts to help in a way that retains a balance within my Being and family life.This involves recognizing the capacity that I can best serve in at a given point in time depending upon my Natural Duty. While raising children and working for a living limits my ability to travel and become actively involved in advocating for Roma rights in east-central European countries, I am able to use my skills in other ways such as through the power of the internet, to educate people about what is happening with the Roma. While I am not directly involved with “on the ground” advocacy, through spending time writing and publishing articles about the Roma situation I may inspire those in a more flexible situation who are able to travel and become actively involved, or encourage people to support or join activist groups who are doing their best to report on what is happening with the Roma on a large scale such as “Amnesty International” and “Human Rights Watch”. There are also other ways that people can help the Roma through small, incidental acts such as encouraging friends and family to consider their attitudes and perspectives about the Roma. Very often people have misinformation about a cultural group if all they have known about the group is hearsay, negative stereotyping, or biased news reporting that focuses only on what is wrong with a culture. The Roma, like any group of human beings, have some members who are positive leaders and others who are involved in dubious activities. However, as a whole, the Roma people have a strong code of ethics that values human life, nature, and the importance of family with great reverence. They have a very strong sense of community that involves helping others as though they are all family, and have a huge love of their children.

The centuries of persecution the Roma have had to endure have made them a strong and resilient nation, but like other cultures faced with endless oppression, there comes a time, particularly when their greatest joy, the family, is weakened, that a culture begins to erode and disappear under the burden of continual and repeated acts of discrimination by society. The Roma of east-central Europe have struggled for too long as a persecuted minority, and the fight has become increasingly difficult for them particularly as they have now become the scapegoats for the struggling economies of many of these countries. 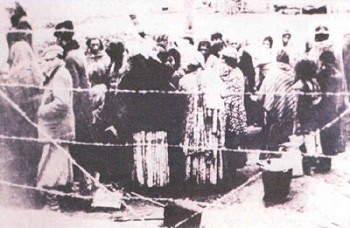 Under the increasing oppression that drives them further into poverty and misery, the Roma are in serious need of help and advocacy. Whether we choose to fight this racism and discrimination on a large scale by becoming actively involved, or on a personal level by checking our perspectives and those of our families and friends, we all need to do our part to help those in the world who are suffering and being denied their basic human rights. Our Will to Serve balanced with our Responsibility to Duty helps to determine the capacity that we are best able to help. These balances change with time and circumstance, and often finding the right level of involvement can be a challenge. However as Theosophists we need to remember that until all people of the world are elevated to the place of equality with the rest of humanity, we will not evolve to the higher spiritual beings that we are meant to be.

“For as the body is one, and has many members, and all the members of that one body, being many, are one body, so also is Christ. For one Spirit were we all baptized into one body, whether we be Jews or Greeks, whether we be bond or free; and have been all made to drink into one Spirit. For the body is not one member, but many.” (1 Corinthians 12:12-14)

Tóth, Judit. (2010). The incomprehensible flow of Roma asylum- seekers from the  Czech Republic and Hungary to Canada . CEPS Liberty and Security in Europe, November 2010. Available at SSRN: http://ssrn.com/abstract=1706842