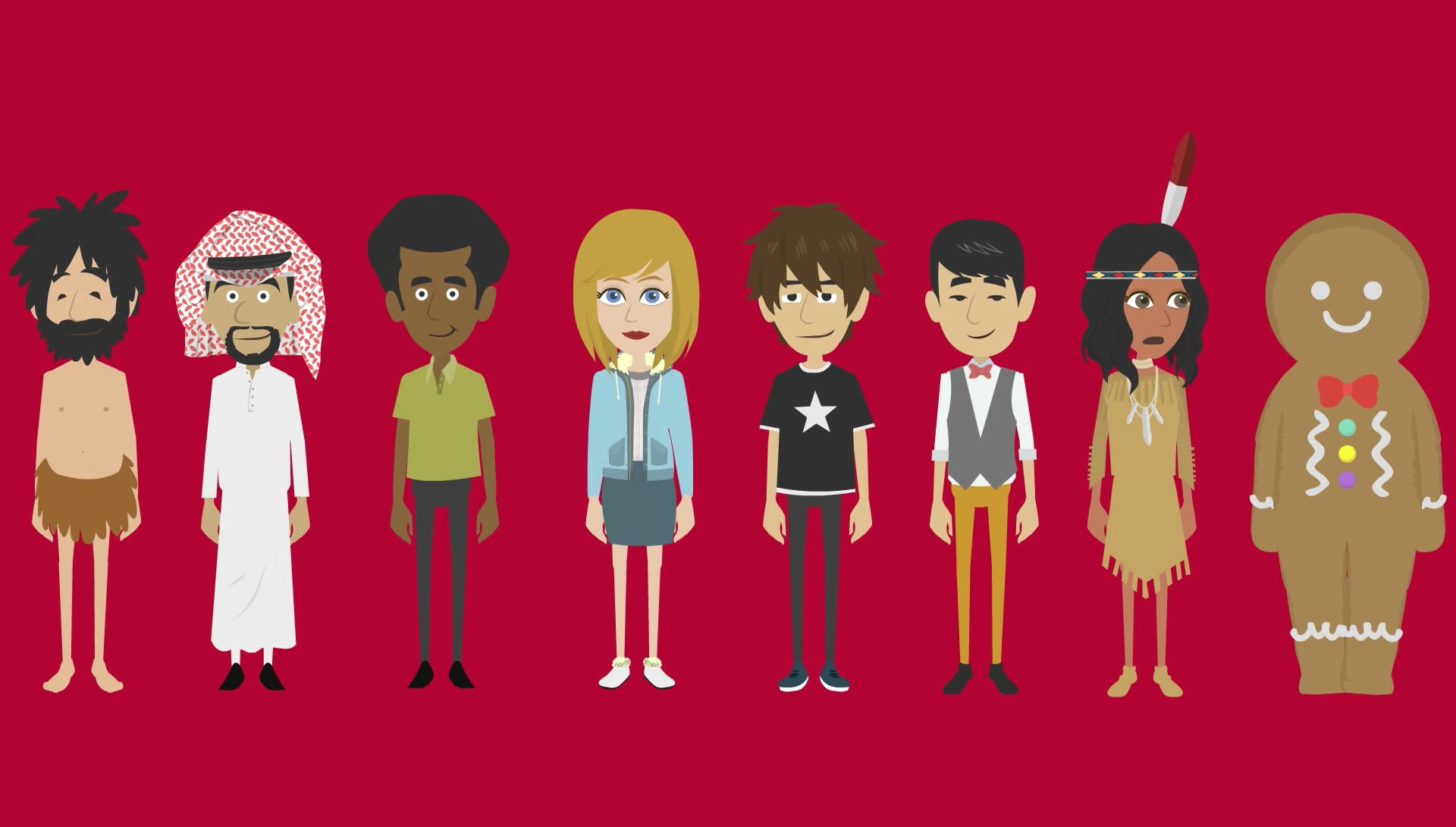 The bulk of humanity has largely failed to answer those fundamental questions it has relentlessly been asking itself for countless millennia: Who exactly are we? Where do we come from? What is our purpose? And where are we going?

As our ancestors gazed in awe at the stars, were transfixed by the staggering beauty of landscapes or were happily engaged in hacking each other to bits these questions were never very far away from their primitive minds. The answers, of course, have always proved somewhat elusive – largely because most people have been looking in the wrong places for most of the time, forlornly scratching away at the surface rather than engaging in deep-mining. Or, alternatively, because these questions prove too challenging to contemplate.

Both religion and science have left large expanses of terra incognitain our understanding of ourselves as well as our purpose, plan and destination. And yet rather than drilling deep down into the hard bedrock to find enduring answers of who we really are, we have created a series of fragile, transitory and separative identities which inevitably alienate, baffle and cause conflict.

Principle identities are based on simple a polarity: male/female, white/non-white, gay/straight, young/old or left-wing/right-wing.

No wonder then that the modern world is convulsed and confused by its hard-to-satisfy fetish for identity politics. Identities are based upon assumptions – often bogus ones.

Among other things, identity is often about a sense of belonging to a group of people ‘like’ you (depending on how you define ‘like’). Identifying with the gang, clan, cabal or cult provides a sense of security, protection, meaning and purpose. Trade unions, football clubs, religious sects and learned societies all conform to this definition. So do street gangs, prayer circles or platoons of soldiers.

In the modern world identity is often defined by status, power or wealth – but much else besides. It would appear that we desperately hunt down and seize on identities which divide us from rather than uniting us with all others who don’t belong to that particular group. Soon we develop a Superiority Syndrome.

Traditionally, the family, the tribe and the nation provided the main superstructure of who we considered ourselves to be. These identities defined and controlled us down the winding corridors of history. Other identities have also had a pivotal effect in helping to mould who we and others think we are particularly with regard to class, relative wealth and politics.

Religious identities in particular have proved the most damaging, divisive and deleterious of all, creating an epidemic of schisms across an over-credulous humanity.

Alongside all these, gender, sexuality and above all race have also become the fashionable, dominant and highly potent drivers of many people’s identities in today’s ever more conflicted world.  A strange paradoxical equation emerges: the more potent the identity, the greater the division and discord.

We may also be defined by the fact that we are a Manchester United supporter, an Al Qaeda affiliate, a member of the New York Stock Exchange or chairman of the Australian Philatelic Association.

Work often defines who we are. People react rather differently if you tell them you are prime minister, a homeless drug addict, a tech billionaire or a street-cleaner. Or whether you go to work in a pinstripe suit or a vest. Or drive a battered truck or a smart new Tesla.

Largely created by the mass mainstream media, victimhood has emerged as a very popular and fashionable identity in the 21stCentury. Anyone can do it. And many do. Victimhood offers a comforting refuge and temporary insulation from harsh contemporary realities. Like ubiquitous war pornography on TV, it produces its own kind of distinct and gooey journalistic genre and covers a vast spectrum of victims from the bloody corpses on the battlefield to those who have fallen prey to crime, poverty or physical and mental maladies of all kinds.

Our prime source of identity may be an illness or disability, the fact that we are quadriplegic or left-handed or that we happen to be one of the few human beings to have undertaken a space-walk.

Strip away all these outward trappings and it is hard to conclude that all these evaluations are little more than flimsy pseudo-identities we attach to ourselves and others. They are meaningless labels.

With the power of identity assuming such captive hegemony over human thought at the moment, it is not difficult to see why these over-active pseudo-identities produce increasing amounts of friction, polarity and unrest. During this current cycle and long transition from The Age of Pisces to The Age of Aquarius, conflict on every level appears to have become embedded as humanity’s default behavioural setting. The unique energies of the time seem to have whipped up an inextricable contradiction: the greater the connectivity, the greater the conflict. Welcome to our joined-up, war-torn world of rival factions.

Pseudo-identities also produce countless unforeseen consequences. The current obsession with identifying, prosecuting and punishing those apparently guilty of some kind of perceived discrimination has created a big bucks, long tentacle industry. The financial imperative underpinning this means that it is in everyone’s interest for discrimination not only to continue but to increase in order to fulfil the growing needs of those charged with its abolition. And for it to work, discrimination needs strong identitarian underpinnings.

Another consequence of identity politics is the creation of minorities – usually oppressed – who are suddenly ‘identified’ and then given undue prominence. The novelty, exoticism or impending extinction of an indigenous tribe suddenly grabs world attention thanks to celebrity endorsement. Elderly working-class people in crumbling tower-blocks do not have quite the same cachet. They are simply not as sexy from a victimhood point of view.

Minorities – especially the supposedly oppressed – may suddenly but temporarily be able to exert disproportionate influence. But like everything else they are subject to fads and fashions – and the mainstream news agenda. Aboriginal land rights campaigners may be plunged into obscurity by the deaths of stateless migrants drowned in the Mediterranean.

And this is one of the key problems. Identities in the way I have described them are always fickle and transient, subject to shifting trends, assorted propaganda and general whim.

Like capitalism, Christianity and consumerism, the identity business eventually becomes a grotesque parody of itself.

All these outward pseudo-identities are facile masquerades – crude exoteric explanations of who we are and which are based almost solely on ignorance. A deeper esoteric examination and understanding of the authentic human constitution starts to strip away the damaging politics and raw factionalism of identity-seeking. These mock identities also unmask many of the beliefs and statements we make about ourselves as ridiculous, absurd and irrelevant:

‘As a gay, disabled black woman I believe …’

‘As a left-wing, Formula 1-loving cancer-sufferer I think…’

‘As an American Mormon who supports the NRA I know…’

This child-like labelling process all goes to show that most of us are not very soul-conscious at all. Everything we believe about ourselves and others is shaped by the hazy perceptions, lower drives and distortions of the transient, blink-of-an-eye personality we have constructed to use as a vehicle for a single life only. Unlike the soul, the personality is not a permanent vestment but a temporary vehicle. But the bitter irony is that even if we do recognise that we have souls at all, we still treat them with far less respect and importance than the lower ego with all its pathetic me-me-me demands and futile unfulfillable desires.

Souls – the eternal portions of our enduring individualities – do not engage in the same dissonance on which the personality appears to feed and thrive here in the barbed-wire classrooms of Earth School. Souls are sexless, timeless, evolving entities for whom identity politics based on division must seem an absurd anathema.

The soul, an eternal evolving blend of higher mind, a largely latent wisdom-intuition (Buddhic) principle and pure spirit, is ironically both our closest companion and a treacherous stranger. At this stage of the game the permanent individuality and temporary personality are at war.

The soul has no ultimate and abiding interest in whether you are a Sri Lankan neo-Nazi teapot collector, a vegetarian ski instructor obsessed by Elvis Presley or a militant transvestite neuro-surgeon with an eating disorder. These self-assertions are irrelevant to our greater purpose but pose a major obstruction to advancement.

Even rudimentary esoteric knowledge can act as a stringent antidote to these threadbare, limiting and superficial ways of looking at ourselves. Accepting and understanding that we have other vehicles – higher and lower – with which we operate on this and other planes of existence is vital in transforming our perceptions.

Knowing that alongside our familiar physical vehicle of bone, blood and gristle we have three higher principles we can identify and access if we wish, immediately widens horizons and hugely broadens the scope of our perceptions. Gradually we begin to experience how an etheric double energises and programmes our physical frame. We begin to see and feel how the emotions of our astral body impact positively or negatively on our physical frame and mental landscape via that etheric vehicle. And most crucially, we see how the constant chatter of our lower concrete monkey-minds also ultimately impacts on our health and well-being producing happiness or hernias. We discover that our thoughts are not idol vapour trails but potent currents which leave their mark on ourselves and others.

When we can see how our thoughts and emotions directly affect us on the physical plane, this offers up the revolutionary possibility of starting to take control and get away from the dire misconception that our fate is dictated by accident, by others or by a deity who doesn’t like us lurking somewhere.

Accepting the twin and intimately intertwined and interdependent laws of karma and reincarnation – that we are reaping in this life what we have sewn in previous forays to this planet – will also act as a solvent to dissolve fossilised notions of ourselves as merely medical workers, bisexuals, political right-wingers, Mafiosi or Englishmen. If we do accept the timeless truth that we reappear ceaselessly time and again on Earth in many different guises and that our current lives have been moulded by the words, thoughts and deeds of preceding lives, this will radically re-cast the ways we see ourselves and others. We will increasingly start to regard our more illusory pseudo-identities as not only unhelpful but utterly pointless.

Some of the the more spiritually advanced individuals who are walking among us, the vanguard of the next development group in the human project, may well have progressed beyond current constricted and crude notions of identity. That does not mean to say that they may not not be Dallas Cowboys supporters, black Belgians, militant vegans or Democratic Party voters but they will not box themselves in by these or any other shallow label-like definitions alone.

And they will certainly not principally define themselves by gender, sexual orientation, political allegiance, race, nationality, class or other sub-group. They will only see humanity as an interconnected (although most definitely not homogeneous) entirety. These more evolved members of our race – the seeds of the six sub-race of this the Fifth Root Race –  will not exert significant influence for many centuries. Yet most will have already gained a significant degree of control over the lower four vehicles and will be developing the higher three, especially the higher abstract mind and that all important wisdom-intuition faculty. In the Sixth Root Race far into the future it is said that wisdom-intuition will be as standard issue as our existing five physical senses of touch, taste, sight, smell and hearing.

This will open up new non-verbal vistas of interpersonal mind-to-mind communication obviating the need for language (although current research suggests that more than 90 per cent of human communication is already non-verbal anyway). And pseudo-identities will not have anywhere to hide in this environment.

Their work is not carried out in isolation. The inherent interconnectedness of all human beings ensures that over time these uplifts in consciousness gradually permeate humanity’s wider collective consciousness. Hopefully.