From October 31st till November 7th 2010, the EFTS Chairman, Ms. Tran-Thi-Kim-Dieu, visited Slovenia. Ms Dieu’s visit was organized jointly by the EFTS and the private Institute Rman in Koper.

The event was initiated with a meeting of TS members with the aim of stimulating cooperation between Theosophical workers, after which the guest lectured on the theme: “Steps of Spiritual Realization”. This was followed by a series of public lectures at the three main Universities in Slovenia - Ljubljana, Koper and Maribor – at the public library in Ljubljana and at the Creative Center Abram in Pedrovo, a private artistic center in Primorska region. 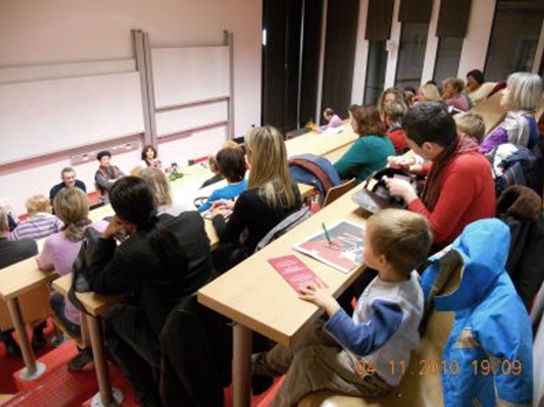 The lecture at the Faculty for Humanities of the University of Primorska
The main goal of these lectures was to promote the relevance of Theosophy to everyday life and especially targeted at the students population. To address that purpose Ms Dieu spoke on the following themes:  “The Yoga of Theosophy”, “Modernity of Eternal Teaching”, “Spirituality in Everyday Life”, “Tradition and Revolution” and “Discovering Purpose of Life”. 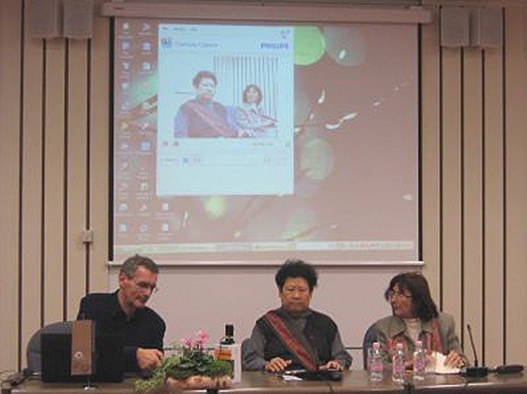 Preparations for the lecture at the University Library Maribor.

The lectures were supported by a moderate but wholesome advertising campaign focusing on the contact with media, which resulted in four interviews given to the two daily newspapers, a monthly magazine and to the “Studio 12”, an independent non-governmental multimedia project.

You can follow the interview clicking on the below link:

Maybe, the response of public wasn’t as hoped for but the atmosphere and the relationship between theosophical workers and the collaborators who took care of the details of the visit were very positive and promising.