Books without Borders – An Outreach to Swaziland 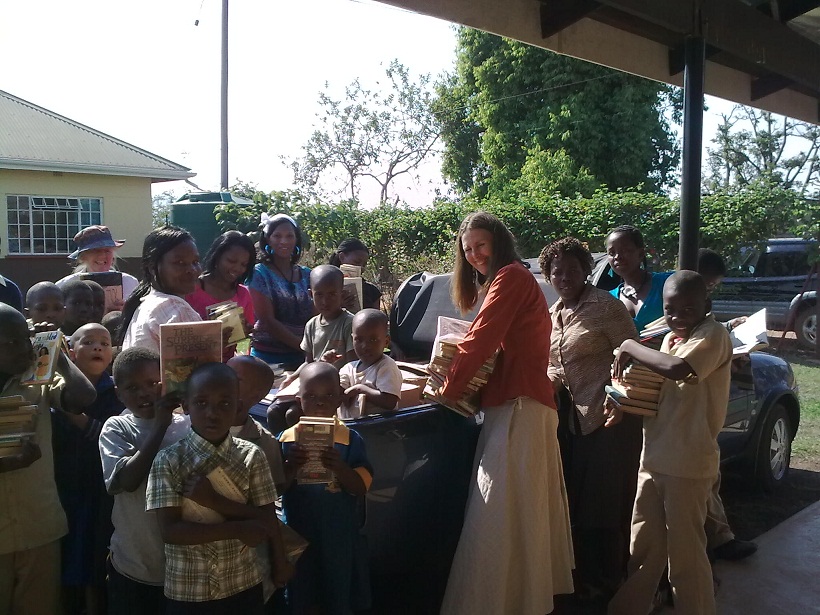 Our long time friends the Thornes who we had not seen for a few years have a farm in Swaziland. Annine Wycherley a T.S. friend visiting from U.S.A, was keen to see some wild animals in the Kruger Park and Swaziland, so we took her to the game parks. Whilst in Swaziland, we called in to see the Thornes and they told us they had built a School called The Moya Centre.

This centre was built by them because the family was deeply concerned about the plight not only of their workers children, but the local people in the valley of Malkerns who are far away from the cities of Mbabane and Manzini. HIV and Aids have hit the community hard. Children are bringing up children. The Centre has facilities for Nursery School children, Primary School children and High school learners who come in the afternoon to be supervised and to do their homework. Looking in the classrooms we saw no books, which meant that there was a serious gap in their education.

On returning to her Loreto school in Pretoria, Ann noticed that that the school library was being revamped. Lots of old books were being put out for recycling. Many needed to be mended. Some books had been sent to a destitute area called “The Wintervelt” in South Africa, but they did not want English books as they were being taught in the local vernacular. We rang the person in charge of the Moya Centre and she consulted her teachers. They were excited about receiving any school books and  were quite prepared to mend them!

In May we loaded to the brim our pickup truck and took down the first batch of books. The children and teachers were so excited, so overwhelmed and so grateful! They sorted out the books and mended those which needed mending. They first filled their own shelves with books and knowing the plight of other local schools in Malkerns Valley, they shared some books with the Primary School and a High School in the valley. 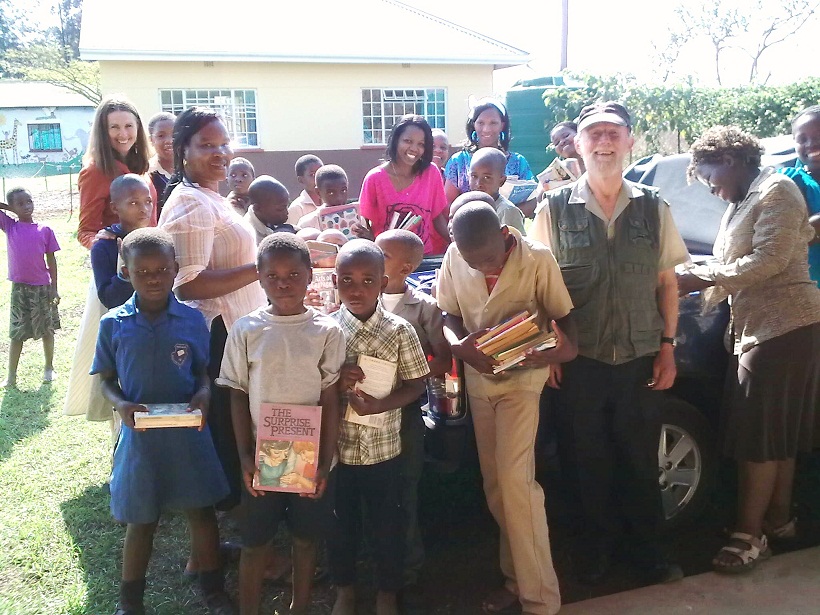 Swaziland was once a British Protectorate, so English education is still the norm. In Africa children are thirsty for Education. Television has brought communication from the developed world, so now they have greater aspirations and goals. Reading is one of the keys. In September we filled the pickup truck again with another load of books.  Crossing the mountain border and having fun veering the huge and numerous pot holes with our very heavy load needed advanced and masterly driving by Tom. We pulled up at the school to cheers of joy and screams of delight. Many hands plunged into the truck to eagerly help unload the treasure. Some of the High School learners squealed with wonder and amazement at the old classics and novels and they put them in a special pile. Others asked if they could build some more shelves in the classroom, they would use bricks and planks. Everyone thought that was a good idea.

While having tea and peanut butter sandwiches, two children came over to me and asked how we knew that they wanted books. They had been praying for ages. Somehow the prayers and the angels or devas of the children in Swaziland had crossed borders and somehow these prayers had found angels or devas in Pretoria to listen. Then, having heard, they organised the Loreto School to revamp their library and pushed us all to perform a miracle just for them!! It took time. Angels do not know about time. The children now not only have books but lots of them to read and read.
It was wonderful. They had been heard. How does this all work?

We have to trust that we are always in the right place, at the right time, doing the right thing!

A project of the TOS in Southern Africa