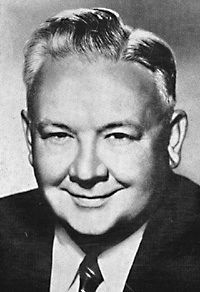 "When I was a struggling musical student," the famed heroic tenor Lauritz Melchior once recalled, "living in a small pension in Munich, I was sitting in the garden one day, learning the words of a new opera. As I sang the words, 'Come to me, my love, on the wings of light,' there was a flutter, a flash of white, and there sitting at my feet, was a beautiful little creature who had dropped right out of the blue.
"It was Maria Hacker, a diminutive Bavarian actress. Stunting for a movie thriller, she had jumped from an airplane and landed, parachute and all, practically in my arms. And that was She. I thought that she came to me from heaven. I still think so..."
[They were married between 1925 and Hacker's death in 1963.]