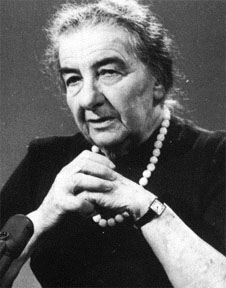 One day during the Vietnam War, President Richard Nixon asked Israeli Prime Minister Golda Meir whether Israel would send some of its generals to help with the war. "Certainly," she replied, "if we can have a couple of yours in exchange." Nixon asked who she had in mind. Meir's reply? "General Motors and General Electric."

We have 360 guests and no members online