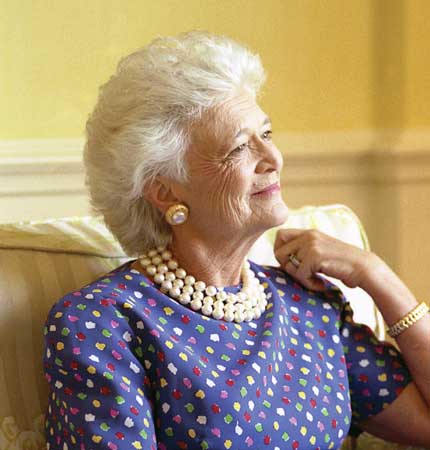 Former First Lady Barbara Bush once delivered a commencement address at Wellesley College. "Someday someone will follow in my footsteps, and preside over the White House as the president's spouse," she declared. "I wish him well!"