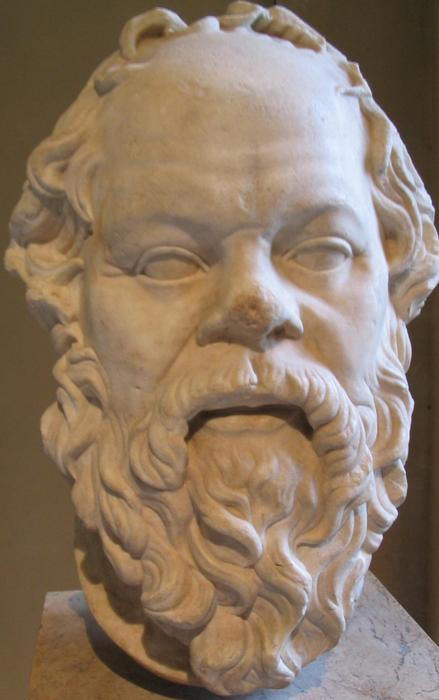 Delphi was revered by the ancient Greeks as the site (at the “omphalos,” the navel or center of the world) where messages from Apollo were supposedly relayed through the Pythia (a kind of spokesperson whose trance-like utterances were interpreted as prophetic statements). The oracle was once asked to name the wisest man in Greece, and replied that Socrates, the Athenian philosopher, was truly wisest. Socrates was later told of the oracle's prophesy. "Since the gods proclaim me the wisest, I must believe it," he declared. "But if it is true, it must be because I alone, of all the Greeks, realize that I know nothing."