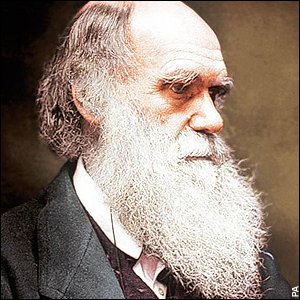 After spending more than a decade developing his theory of evolution, but refusing to publish his controversial findings while he gathered more evidence, Charles Darwin was finally prompted (by the similarity of Alfred Wallace's work) to publish The Origin of Species in 1859. Darwin was not entirely pleased with the finished work, which was only one-fifth as long as the author had planned, and for the rest of his life he referred to it, disparagingly, as an "abstract." Even so, the book (whose original title, "On the Origin of Species by Means of Natural Selection, or The Preservation of Favoured Races in the Struggle for Life," is also five times longer) ran to more than 500 pages. The book, which one reviewer called "so turgid, repetitive, and full of nearly meaningless tables, that it will only be read by specialists," became a bestseller in 1948.