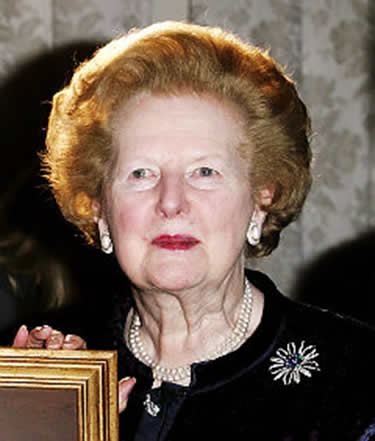 British Prime Minister Margaret Thatcher was famed for her domineering manner. During a Cabinet meeting one day, Norman St. John-Stevas (leader of the House of Commons between 1979 and 1981) rose rather early to excuse himself. The Iron Lady promptly balked at his request. "I must leave now, Margaret," he insisted. "I'm going to Covent Garden [the opera] this evening." "Sit where you are, Norman," she ordered. "I, too, am going." "Ah, but Margaret," he smartly replied, "I take so much longer to dress than you do!"