A Meditation on Mindfulness 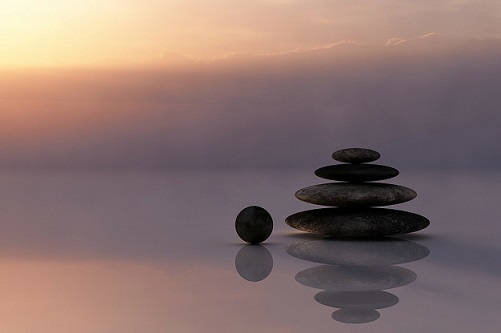 It is kind of ironic that Thomas William Rhys Davids, an English scholar of the Pāli language and founder of the Pāli Text Society, is associated with the modern “mindfulness movement” due to his translation of a particular word into English. Rupert Gethin, Professor of Buddhist Studies at the University of Bristol and president of the Pāli Text Society, tells us, that in 1881 “It appears to have been T. W. Rhys Davids who first translated the Buddhist technical term sati (in its Pāli form) or smrti (in its Sanskrit form) by the English word ‘mindfulness’.”

While active during the time of the launch of the modern Theosophical Movement, Rhys Davids was not a ‘fan’ of Theosophy due partly to its general support of the Mahayana school of Buddhism and to the idea of an ‘esoteric school’ of Buddhism. 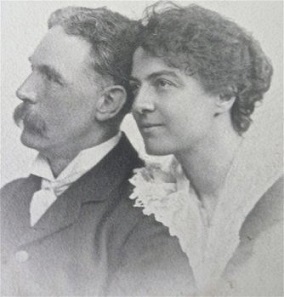 As a side note, Davids’ wife Caroline Rhys Davids, a well-known Pāli scholar and interpreter of Buddhist texts in her own right became interested in spiritualism, clairvoyance and what we might call third object subjects of the Theosophical Society. On the various search-sites information is available concerning both their views.

As a Western (Christian) scholar on the subject of Buddhism, Davids drew the attention of the Theosophical Mahatmas as he was referenced more than once in what eventually became known as the Mahatma Letters. K.H. one of the theosophical Mahatmas as kindly as possible points out that Rhys Davids’ interpretation of Buddhist teachings is totally misunderstood:

“Shall we take Mr. Rhys Davids as our first subject, and show that indirectly as he has done it yet it is himself who strengthened the absurd ideas of Mr. Lillie, who fancies to have proved belief in a personal god in ancient Buddhism. Mr. Rhys Davids’ ‘Buddhism’ is full of the sparkle of our most important esotericism; but always, as it would seem, beyond not only his reach but apparently even his powers of intellectual perception.

“Also, when Beal, or Burnouf, or Rhys Davids in the innocence of their Christian and materialistic souls indulge in such translations as they generally do, we do not bear them malice for their commentaries, since they cannot know any better.”

Fast forward 100 years and Rhys Davids’ choice of words, “mindful and mindfulness” have become well-worn terms in recent decades to describe ‘calm awareness of the mind’. The practice of mindfulness has entered into the world of medicine, psychiatry, psychology and into the general vocabulary of the ‘Self-help’ section of the  bookstore. Even professional sports teams have adopted mindfulness practices to help keep players calm and ‘their minds on the ball.’

Though it has its roots in Buddhist meditation, the secular practice of mindfulness got a real boost in 1979 through the work of Jon Kabat-Zinn and his Mindfulness-Based Stress Reduction (MBSR) program, which he launched at the University of Massachusetts Medical School.

Zinn’s working definition is basically: ‘Mindfulness is awareness that arises through paying attention, on purpose, in the present moment, non-judgmentally.’ Zinn’s MBSR program, as far as we can tell, has its roots in his experience with Zen Buddhist meditation.

Since that time, Zinn and many others have written books on the subject, created courses and put mindfulness as a respected practice in the international arena, as we said, in the world of medicine, brain research, psychology and as a general healthy practice.

Overall this has helped change human awareness about the mind body connection and how important our thinking is to our quality of life, both physical and psychological. Neuroscientists now tell us that our thinking can and does change the pathways and channels within the brain. It is now well known that thinking effects brain chemistry and that for example serotonin levels effect mood and in turn our quality of thinking. Still, following the result of thoughts and feelings in terms of brain function gets us no closer to what is the mind and the idea of consciousness  transcending the electrical actions in the body & brain.

Today the brain is generally thought of as the seat of human consciousness, and what is termed mind is a phenomenon of brain activity. Of course there are those neuroscientists who realize that the mind and its phenomenon extend beyond the brain. In fact the Brain Theory of mind is a divisive concept, materialistic at root, and gives rise to the idea that we are each alone within ourselves, separate islands, and have isolated minds and consciousness. It cultivates the idea of separateness, of otherness, of I vs you. This materialistic view of what a human being is, is actually at the root  of division, war, racism, isolation, unhealthy competition, loneliness and desolation.

The theosophical view is that there is One Life, One Universal Mind, One Consciousness, and that we are not separate. Man is the microcosm of the macrocosm.

“(5.) Everything in the Universe, throughout all its kingdoms, is conscious: i.e., endowed with a consciousness of its own kind and on its own plane of perception. We men must remember that because we do not perceive any signs — which we can recognize — of consciousness, say, in stones, we have no right to say that no consciousness exists there. There is no such thing as either ‘dead’ or ‘blind’ matter, as there is no ‘Blind’ or ‘Unconscious’ law.”

“(6.) The Universe is worked and guided from within outwards. As above so it is below, as in heaven so on earth; and man — the microcosm and miniature copy of the macrocosm — is the living witness to this Universal Law, and to the mode of its action. We see that every external motion, act, gesture, whether voluntary or mechanical, organic or mental, is produced and preceded by internal feeling or emotion, will or volition, and thought or mind.”

In fact our every thought and action does not only effect ourselves or those they are directed towards, but we, in the final analysis, influence and are influenced by all living beings to a greater or lesser degree depending on various factors related to our individual mental and spiritual states and the karma we have generated individually and collectively in the past. As Siddhartha Gautama, the Buddha, the archetypal example of ‘Mindfulness Meditation’ tells us in the first words found in the Dhammapada: “All that we are is the result of what we have thought.”

How concentrated are our thoughts determines their power of creation so to speak. Our motivations determine the nature of our creations; do they have beneficial potential to all of life or are they limiting and cast an air of separateness? Just as we understand there are basic states of physical matter such as solid, liquid and gaseous, the theosophical teachings present us with the concept of seven states and the major one beyond the physical is what HPB termed the Astral at that time which itself has its own substates analogous to the three physical ones previously mentioned. The Astral that surrounds the earth is referred to as the Astral Light. All human thoughts, feelings and actions are recorded there. It holds the collective memory of the race and reflects back on us according to our individual and collective karma as well as our particular affinity. ‘Like attracts like.‘

Getting back to mindfulness, it really only becomes a wholistic (another popularized term today) practice when we put it into the context of what a human being is, an evolving, spiritual being who has responsibility for his or her actions.

William Q. Judge, in his article “Meditation Concentration & Will” puts mindfulness into a more dynamic context than what we usually think of as a meditation practice:

“The mysterious subtle thread of a life meditation is that which is practiced every hour by philosopher, mystic, saint, criminal, artist, artisan, and merchant. It is pursued in respect to that on which the heart is set; it rarely languishes; at times the meditating one greedily running after money, fame, and power looks up briefly and sighs for a better life during a brief interval, but the passing flash of a dollar or a sovereign recalls him to his modern senses, and the old meditation begins again. Since all theosophists are here in the social whirl I refer to, they can every one take these words to themselves as they please. Very certainly, if their life meditation is fixed low down near the ground, the results flowing to them from it will be strong, very lasting, and related to the low level on which they work. Their semi-occasional meditations will give precisely semi-occasional results in the long string of recurring births.” (The Irish Theosophist, July 15, 1893)

Theosophy helps us access the big picture, that there is an ongoing purpose to life that is broad and far reaching in its possibilities. The idea that an outside God created us for literally ‘a wink in the eye of eternity’ and then may sentence us to eternal damnation or heavenly rest makes one wonder what kind of god that could possibly be and what his purpose in all this is. On the other hand if one perceives the beauty of  the earth, of nature, of the now visible cosmos, the intricacies working within every form of life, visible and invisible, the complexities, the harmonies and expression of what one can only deem active intelligence, to say it is all an amazing ongoing accident is beyond ludicrous. It is only when we begin to perceive the continuity of life, the foundation of which is on the inner planes of being that justice and mercy are part of the fabric of life itself, that we begin to understand that every life is sacred and each individual spark, soul, spirit, ego, whatever name we want to call it has a role and future in the mystery of life.

Early in The Secret Doctrine, vol 1, pg.26, HPB muses over the great mystery which we are. She quotes the ancient Rig Veda:

“Who knows the secret? who proclaimed it here?
Whence, whence this manifold creation sprang?
The Gods themselves came later into being —
Who knows from whence this great creation sprang?
That, whence all this great creation came,
Whether Its will created or was mute,
The Most High Seer that is in highest heaven,
He knows it — or perchance even He knows not.”