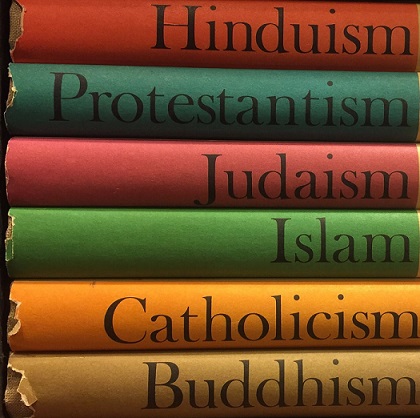 “Everything in the universe is within you. Ask all from yourself.”

The Three Fundamental Propositions of The Secret Doctrine by H. P. Blavatsky (HPB) are a kind of metaphysical doorway through which we can look into the mysteries of life. Each of us at one time or another asks in a heartfelt way: “Who am I? Where have I come from? Where am I going?” These kinds of questions most often arise when we feel ungrounded, or have had difficult events in our lives that we cannot easily navigate through. “Why did this happen to me?” “What did I do to deserve this?”

Or we see things happening in the world that seem so senseless such as the way humans often treat each other or why “bad things happen to good people”. If we remain floating on the surface of life, so to speak, it is not so difficult to feel the universe to be a random and meaningless endeavor in the final analysis. We need to drill through its opaque surface if we are to penetrate the facade of life.

The more formal disciplines that mankind has created to address the questions of life, and more specifically our lives, are Religion, Science, and Philosophy. All three in their own ways explore the general question, “What Is Truth?” But all too often we mistake the facade for the vital substance, the phenomena for the noumena. If we stop a moment and think about it, we will see the forms of life, whether physical or thought forms, are constantly changing and are not reliable foundations for true knowledge.

Theosophy points out in the First Proposition of The Secret Doctrine that God, the source, “a boundless and immutable principle”, by definition is limitless, so any conception we have of what is essentially boundless is “Not It”. There is an underlying unity that binds us all together. We might define religion here, which is usually associated with the god idea, as our yearning for wholeness and Unity. Our deific essence is the source of hope and realistic optimism in that it dissolves that false sense of separateness and existential loneliness that people feel today more than ever, especially when we too often put such a large investment into ephemeral things.

The Zen Buddhist approach trains us to transcend the dualistic mind (lower manas) with paradox and seemingly “answerless questions” that evoke a higher set of faculties than the five senses and the logical and linear modes of thinking with imagination, conscience, and direct perception and illumination from the “higher mind” (buddhi-manas): “What is the sound of one hand clapping”; “Show me your original face before you were born”; or in our own literature, “The Voice of the Silence”. These riddles help us abandon the lower mind and enter a state of more inclusiveness moving towards a fuller sense of unity. It manifests more as a feeling than a concrete thought, an awareness of oneness, a feeling of connectedness, a state of peacefulness. We might even call it love.

While religion tends to address the nature of what we call God, or the ultimate source of life, earthly and cosmic, science focuses more on how the universe works, in the sense that through observation, experiment, and testing we can gain knowledge about who and what we are and how we and everything in Nature came into existence.

Where science falls short is that it tends to be materialistic and does not consider, at least very often, those phenomena and strange observations that it cannot measure. Terms like mind, intuition, love, imagination, the cause and effect generated by moral/ethical states upon the physical universe are mainly out of the territory of traditional science. Of course there are always the “trail blazers” among the ranks but they are often not taken seriously and even ostracized for crossing the line.

Even the promising explorations into neurology and brain science seem too often to relegate everything a human being displays from creativity and love to spirituality and a sense of moral/ethical correctness, to some configuration of “gray matter”. Science still has a lack of imagination when it comes to anything beyond the physical and what it cannot measure and quantify. And all too often there seems to be a lack of moral responsibility for what science “turns up”.

Considering all science has learned over the past couple of centuries, it is questionable if it has come any closer to explain the origin of man and his conscious faculties. It is even more questionable whether the scientific community has developed any sort of philosophy that acts as a moral compass of responsibility concerning the application of knowledge gained. We have managed through scientific application to create weapons of mass destruction, developed drugs such as opioids that have crept into and devastated people’s lives.

Somehow with all our sophisticated “modern” ways of living we have in short order polluted the air, depleted the soil, and poisoned the water to an alarming degree. Actually it is not real science that is to blame but our lack of moral imagination and foresight in terms of the application of scientific knowledge which often turns out to be half knowledge.

Theosophy points to the fact that man, the self-conscious thinker, is essentially at the center of all that happens on Earth. And so, too, man is the key to unlocking the mysteries of religion, philosophy, and science. The Hermetic axiom rings true in the very practical sense of “As above, so below”. We are the microcosm of the macrocosm; God is within; “Man Know thyself”. All the laws of Nature are within and we set them in motion. Each thought and subsequent action is a kind of mini “big bang” if you will. It is we who set the (our) universe(s) in motion. Theosophy proposes the law of periodicity working in and on all things at all times, unfolding as the law of cycles, that every living phenomena participates in, from the coming and going of the universe to the ongoing cycle of reincarnation expressed in the rotation of the seasons, the cycles we see so clearly in the vegetable kingdom and the cycle of reincarnation in man.

When we see the law of periodicity (Second Proposition), the various turns of a cycle (birth, growth, fruition, decline, death, and rebirth) working in our own lives, we will then be more capable of being conscious self-evolvers individually and collectively as expressed in the Third Proposition of The Secret Doctrine. It is stated there that evolution is triple, physical, mental, and spiritual, interwoven and interblended at every point.

Philosophy has been defined in the following ways. Quite literally, the term “philosophy” means “love of wisdom.” In a broad sense, it is an activity we undertake when we seek to understand fundamental truths about ourselves, the world in which we live, and our relationship to the world and to each other. Theosophically speaking, we might say that philosophy is first studying the laws and principles of Nature — physical, mental, and spiritual — and then self-consciously doing the work to evolve in the spirit of brother/sisterhood to fulfill the purpose of life over many lifetimes in order to reach conscious godhood and ideally work for the benefit of the whole. Granted, that is a mouthful, but it is the third proposition of The Secret Doctrine that gives us both purpose and direction in the journey that we call evolution. In the words of Seneca, “If you don’t know what port you’re bound for, no wind is favorable.”

If we accept the idea that the three fundamental propositions of The Secret Doctrine are all expressions of the One Life which work on and within the human being, we can then perceive the reality that man, the self-conscious thinker, is at the center of religion, science, and philosophy. Why the universe works the way it does will only be apprehended once we realize that we play an integral part in all of it.

In her theosophical primer, The Key to Theosophy, HPB poetically expresses the path of Theosophy this way: “For every flower of love and charity he plants in his neighbor’s garden, a loathsome weed will disappear from his own, and so this garden of the gods — Humanity — shall blossom as a rose.”

This article was also published in The Theosophist VOL. 143 NO. 4 JANUARY 2022